Verona is enshrined on the UNESCO list as the whole city, with a large number of buildings and monuments mentioned in the inscription. It was the first stop on our recent sojourn.

The heart of the city is lively Piazza delle Erbe. It hosted a smaller version of the market when we were there which allowed me to take a few reasonable shots of its expanse. 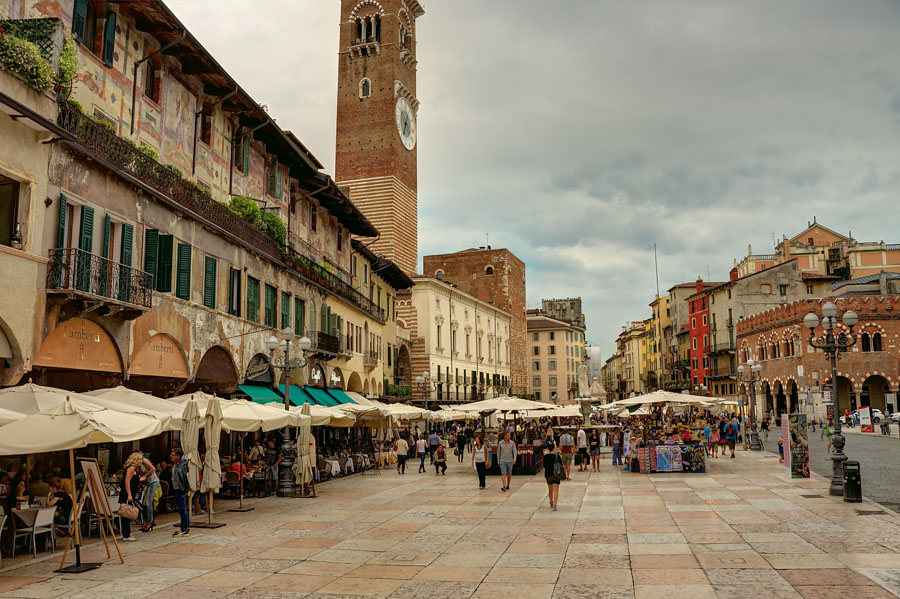 The adjacent Piazza dei Signori, fragment of which is on the next photo, is smaller and more monumentally surrounded. 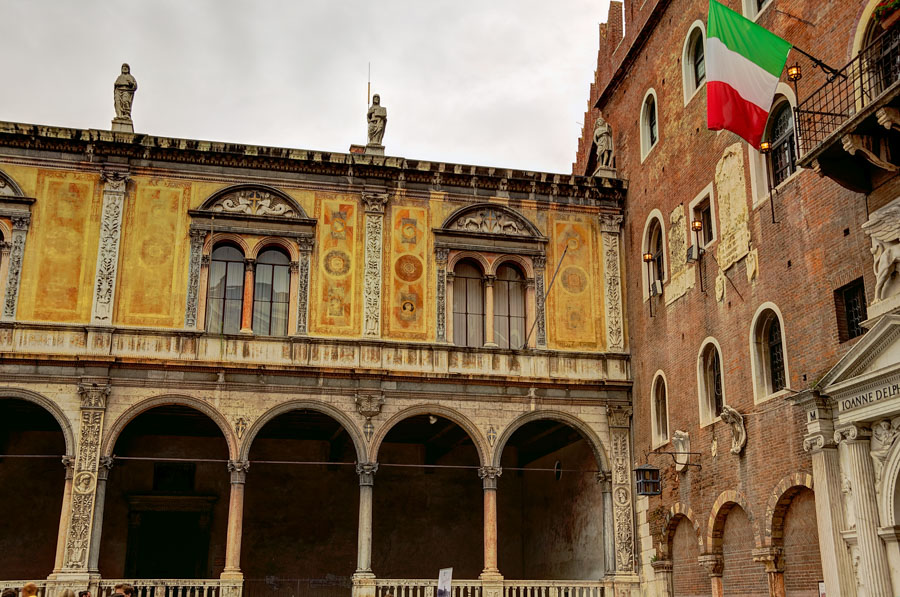 The biggest square in town is Piazza Bra, the home to the famous Amphitheatre Arena, the second biggest in the world after the Colloseum in Rome. 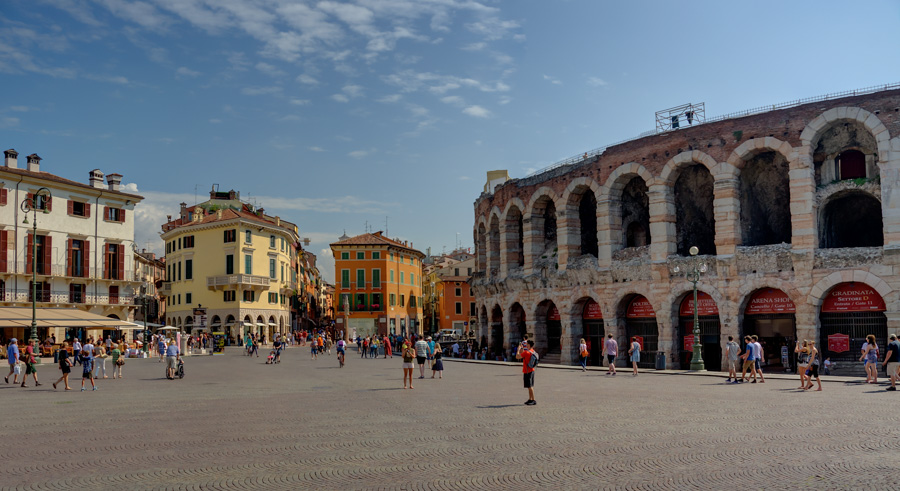 Going to see the opera performance at the Arena is a veritable highlight of a visit to town. Especially if you are a true opera lover. If you are someone like us – we appreciate classical music but can do without singing in a foreign language – you might still enjoy repeating our approach: buy cheapest tickets, get to the arena at least an hour before the performance, bring a snack to sustain yourself, commandeer seats on the highest stone terrace, enjoy the sight of the arena filling with spectators and the customary lighting of the candles at the start of the performance, appreciate the excellent but remote performance visuals through the first act (you will be extremely challenged to enjoy the audio unless you splurge on not-so-cheap lower-level seats instead), and then retire after the first act to any of the nearby restaurants for a dinner. If your tickets are to a 4-5-hour-long performance, you might even have a chance to come back for the last act. We decided that we already had our fill of memories.

Torre dei Lamberti is not mentioned in the World Heritage inscription, but we could not pass a chance to climb to the top for the fantastic views of the city from above. Highly recommended – and elevator-enabled for athletically challenged. 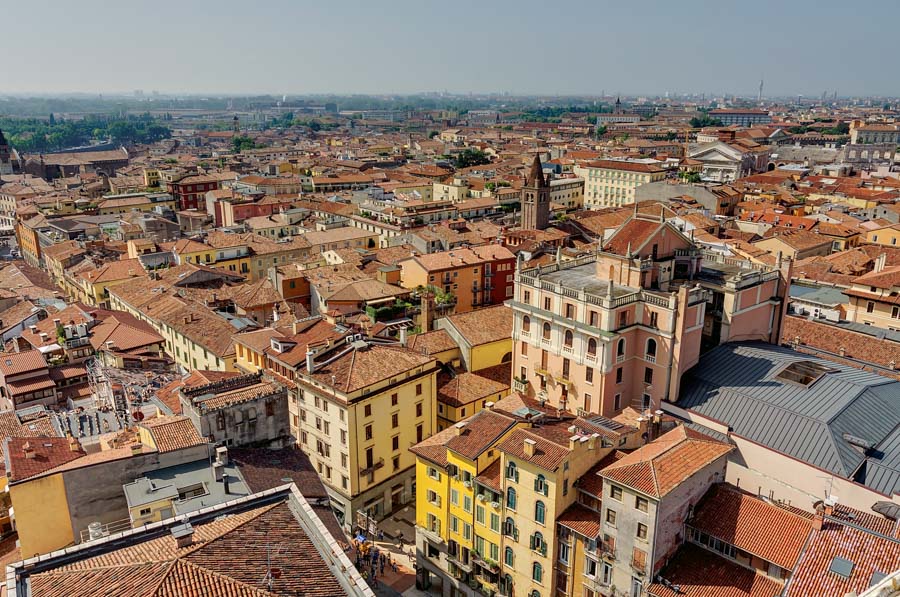 The next view is along the River Adige from the walls of Castelvecchio, the 14th-century castle. 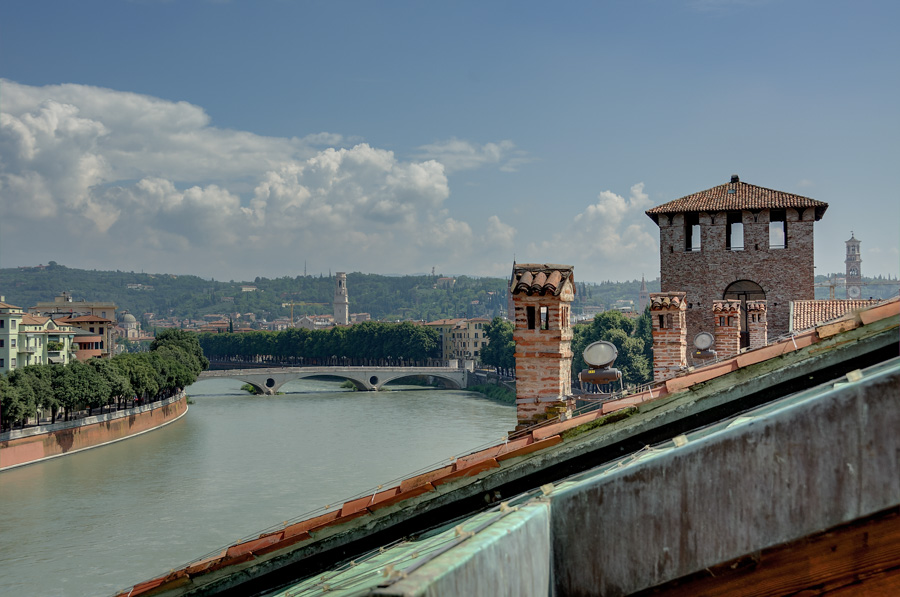 There are several major churches in Verona, of which we explored a few. Both the Duomo and the church of Sant’Anastasia are, in my opinion, especially striking when you step inside. 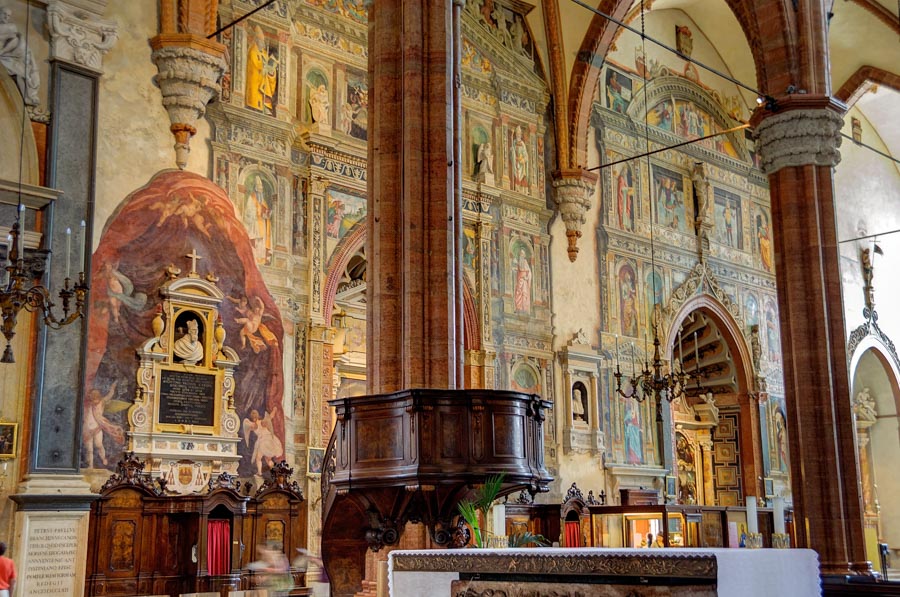 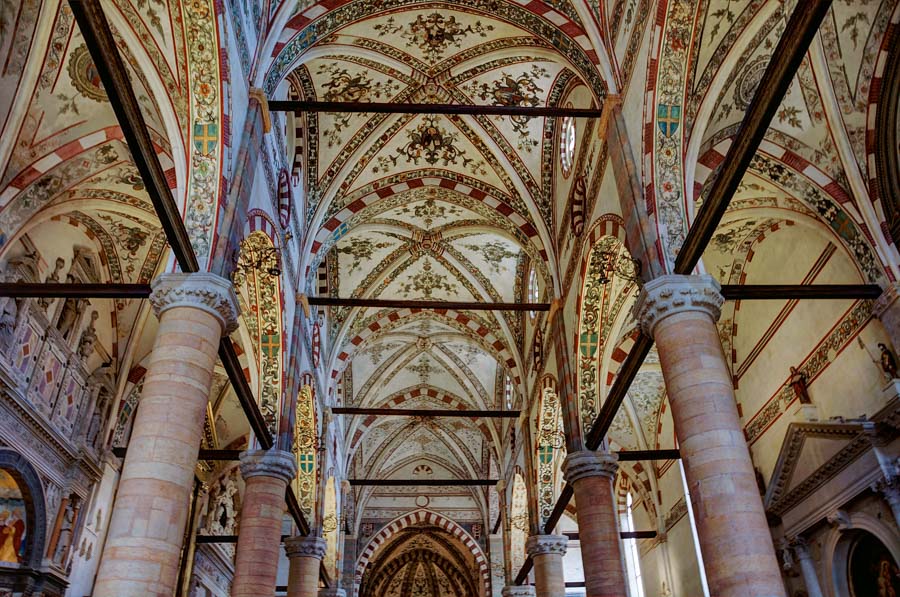 We walked all over Verona and, of course, ended up at some point by the House of Juliet (ok, it’s hard to miss, sitting just a block away from Piazza delle Erbe). The balcony was only added in the 1930s, which clearly negates any possibility of the place having actual historic value with respect to the famous Shakespearean work, but that does not diminish its popularity as one of the most crowded attractions in Verona. Given that it is explicitly mentioned in the UNESCO long description of Verona, I found a way to snap a picture when no one was pretending to be Juliet. 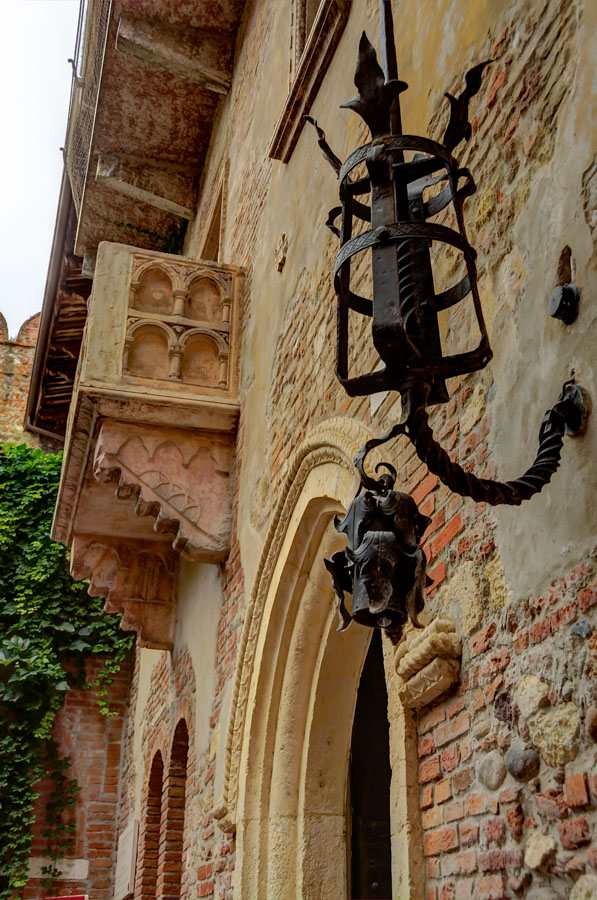 Verona’s historic core is surprisingly larger than one might expect and offers a large number of attractions, but it is possible to cover most of the key ones in a full day, which is what we accomplished.

These and many other pictures of Verona can be found in my Flickr photostream.