Sanssouci Palace and Gardens, the major part of this World Heritage site, was an intraday destination on the way from Berlin to Dresden during our two-weeks-plus long voyage around Germany nearly ten years ago. We’ve always been partial to grand royal palace and grounds combos, and Sanssouci is resplendent, a clear contender as one of the top such sights in all of Europe. One would be hard-pressed to cover all of the parkland around the guided visit to the palace interior even in a full day, but at least a half-day visit is highly recommended for anyone spending a few days in Berlin or as a targeted destination for a round-Germany trip.

Unfortunately, as we already established elsewhere on this blog, that period of our travels did not coincide with much useful photography. We took a few dozen pictures of ourselves in front of various edifices around Sanssouci grounds but were mostly content with observing rather than documenting.

The only picture not featuring our own visages is the following one of Chinese House, an ornate pavilion some distance from the main summer palace. 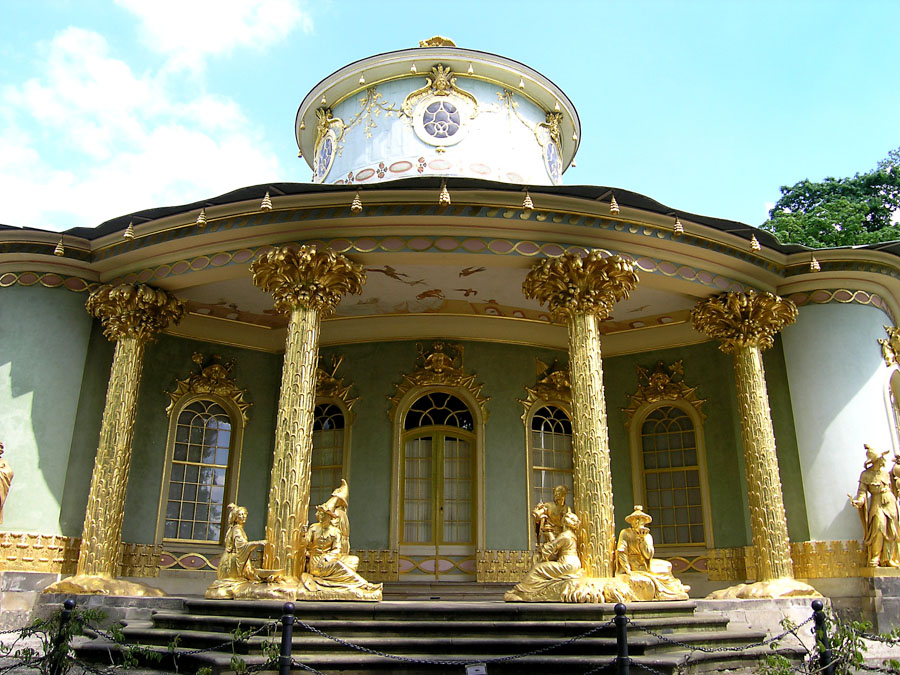 And here is one of the photos featuring Natasha, in front of the Picture Gallery, whose erstwhile rich collection of paintings was somewhat diminished at the conclusion of World War II but is still very much worth the time. 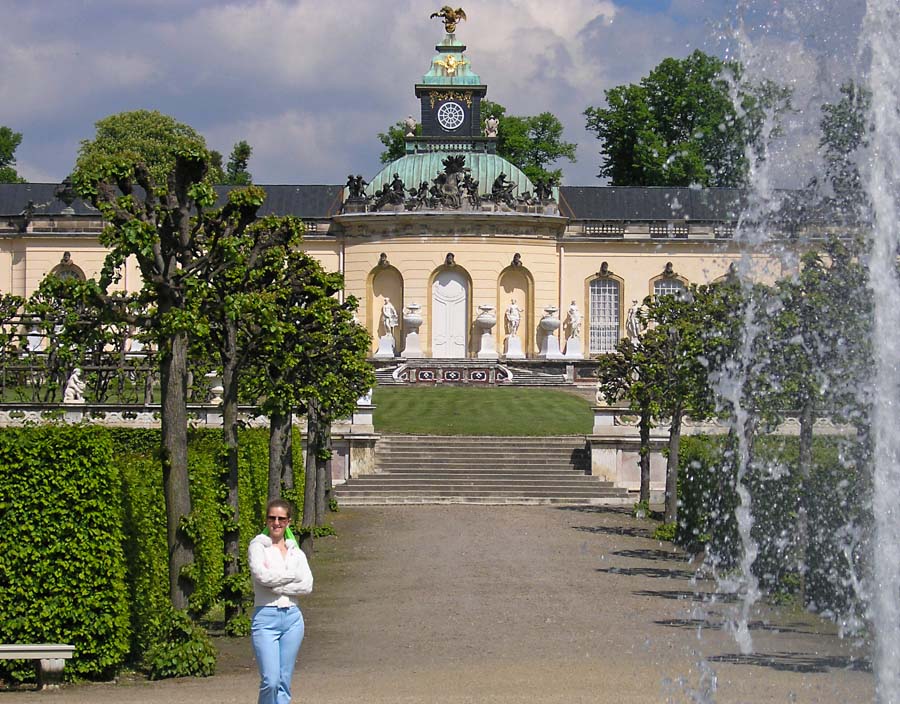