I have on multiple occasions professed my inclination for climbing elevated viewpoints in any given location. That tendency puts this particular World Heritage site especially close to my heart. In addition to admiring architectural qualities and civic history significance for which these towers are inscribed on the UNESCO List, I very much enjoy the views that they offer from up high.

Of the 56 locations in this serial property, I have only been in the vicinity of four and actually climbed just two. If I ever retire to a travel-centric lifestyle, a circle around Belgium and northern France smaller cities, where the majority of these towers reside, could be a fun targeted trip.

Brugge’s Belfort already featured in my favorite sites series, and the picture from that entry remains the best one I have taken of the magnificent tower. 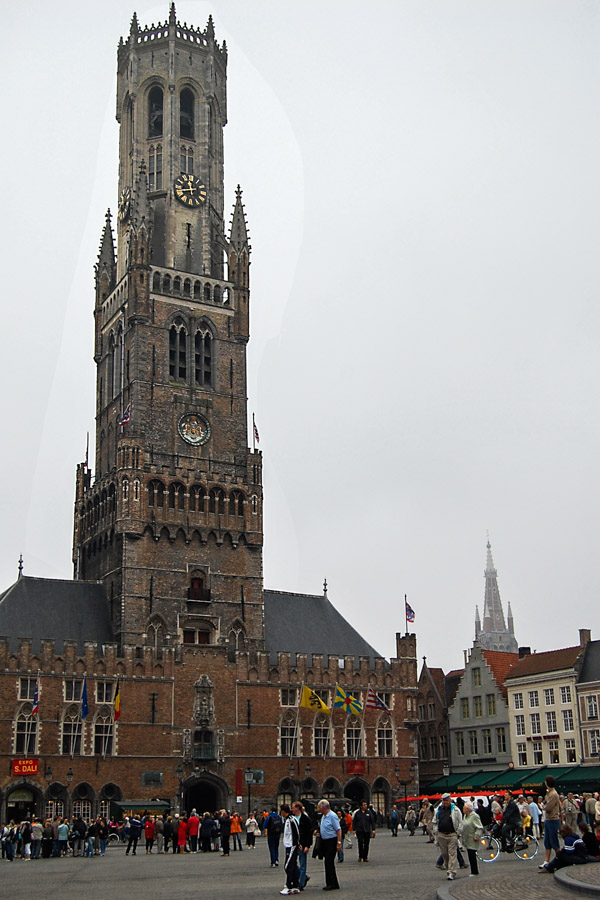 Becky and I climbed to the top of it one day and somewhat accidentally walked into a rare experience – listening to the bells play while standing practically underneath them. I suspect the fact that they allow tourists onto the viewing terrace during such performances suggests that it is not really dangerous to one’s health and sanity. I also suspect that since curator on duty was warning people to wait until the bell-play was over, most people find the experience reasonably objectionable. Me, I can’t say that it was unbearable to any degree. Loud, yes. Made me appreciate earplugs as an emergency necessity, yes. Took me a couple of minutes afterwards to get rid of ringing in my head, yes. But it was not exactly deafening, and reasonably fun.

Antwerp is one of the rare cities where the climb to the high tower did not make the cut in our itinerary. It also happens to be the only town on this property list with more than one location, although both of them somewhat deviate from the main theme of the UNESCO inscription.

The tower of the Cathedral of Our Lady is both delicate and imposing. 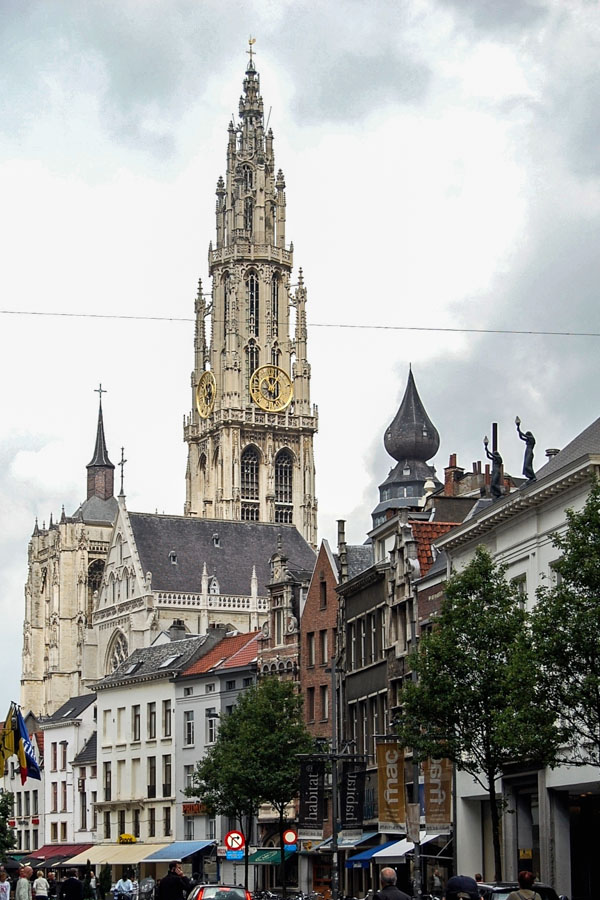 The way it does not fit with other belfries is that this is, essentially, a church belltower, while the historic significance of this collection of buildings is in representing the ever-growing power of city civic councils against that of local noblemen and clergy. As much as I admire sacred architecture, I do not see how a cathedral belltower represents anything but religious glory.

The second inscribed location in Antwerp is the tower of its Town Hall. 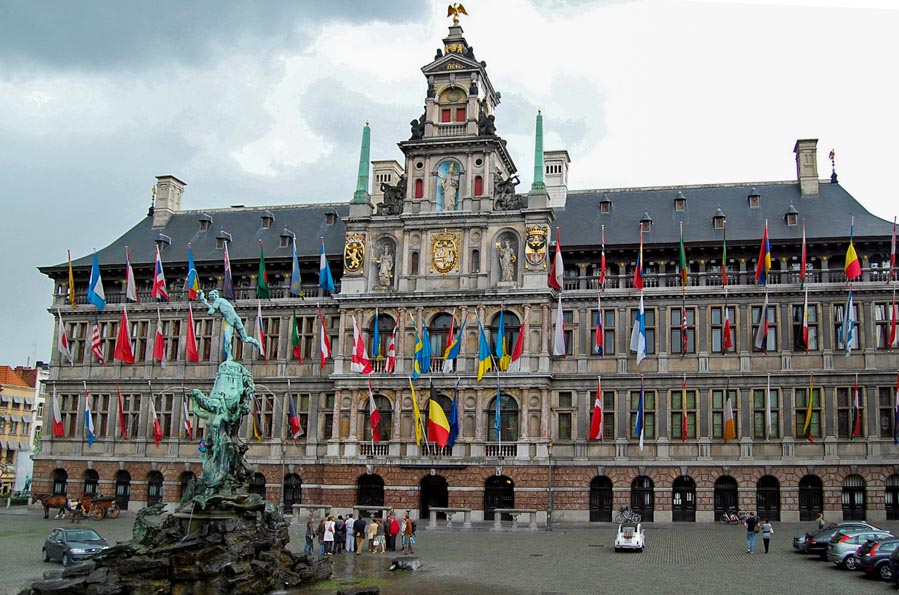 This picture also already appeared on this blog, but I like it too much to use a different view.

Because this is not actually a tower – not a belfry in the sense that I want to interpret the term – I also tend to think that it should not belong in this collection. But it looks magnificent nonetheless.

A quick research of the other properties on the list shows that Antwerp’s are not the only examples of the loose interpretation of what constitutes a belfry.

Finally, in Gent, I inexplicably failed to take a good picture of its own Belfort, although I did post a view from its top in my favorite sites entry. What that leaves me is a picture of my own self with the tower in the background on the left. 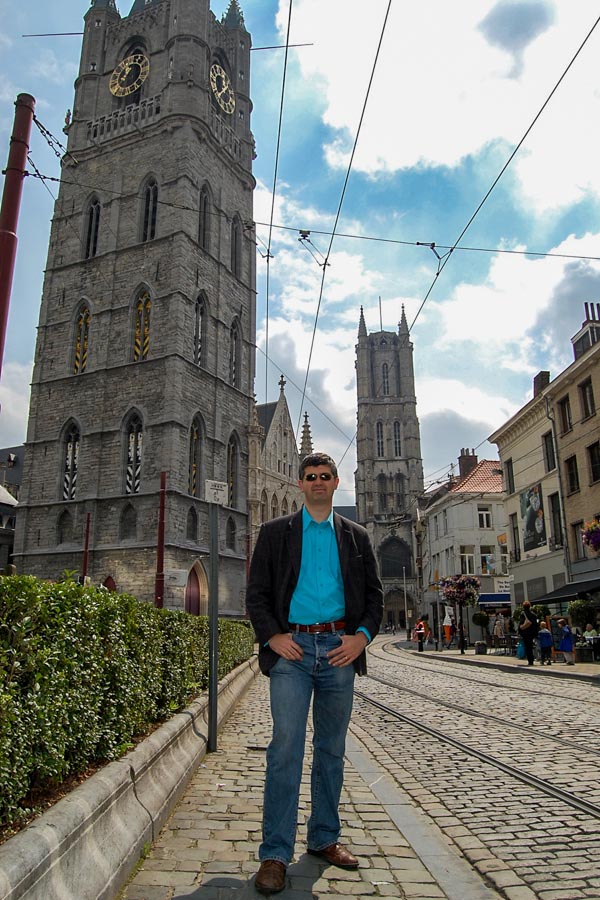 Gorgeous!! The view, I mean. But the guy in the picture looks pretty good, too.