If you ever drive through Reims on A344, you might be able to glimpse the sight of its storied cathedral from the car windows. My deep admiration for sacred architecture prompted us to plan an overnight stay in Reims on one such drive, in order to explore the cathedral site (and the rest of the city a bit as well).

Notre-Dame de Reims, along with nearby archbishop’s palace (called Tau Palace), is inscribed on UNESCO list both for its architectural merit and for historical significance. The great church is among the most magnificent cathedrals in Christendom, well worth a dedicated visit for architecture lovers such as ourselves.

Here is the façade of the cathedral. 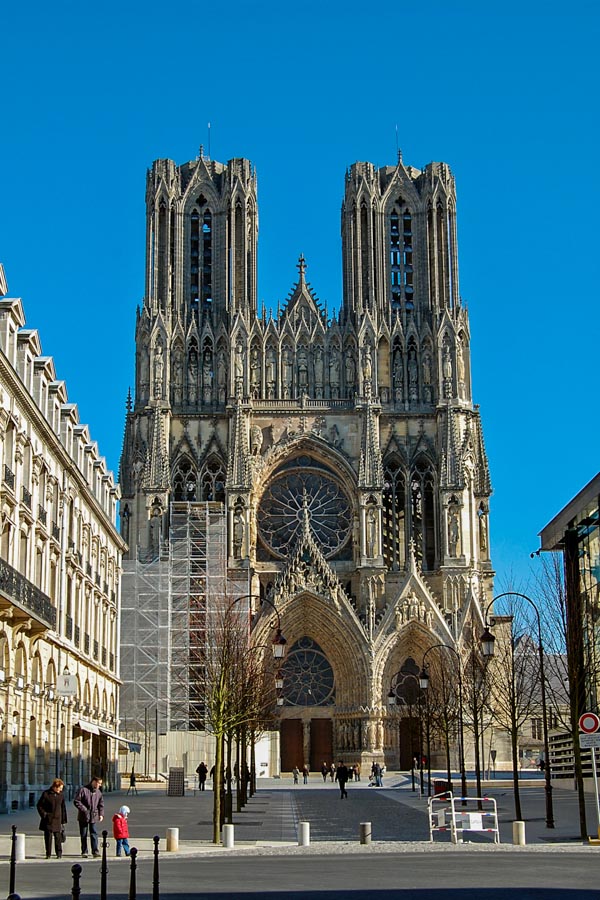 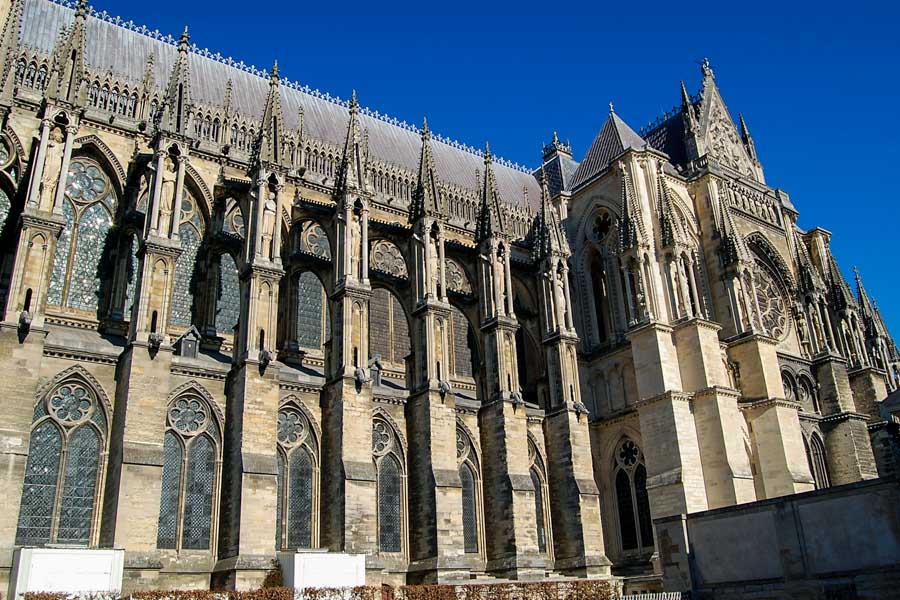 The present structure dates from the 13th century and have been extensively restored after the damage sustained during World War I. The original seat of Archdiocese of Reims existed on this site since the 5th century, when the most famous of Archbishops, Saint Rémi, first anointed a king of Franks, which gave rise to the ceremony that lasted through almost the entire history of the French monarchy.

I rarely take pictures inside churches, but the interior of the cathedral was light and airy, and the stained glass sparkling (and, most importantly, photography was not forbidden), so I ended up with a few passable shots. Here is one along the nave towards rose windows. 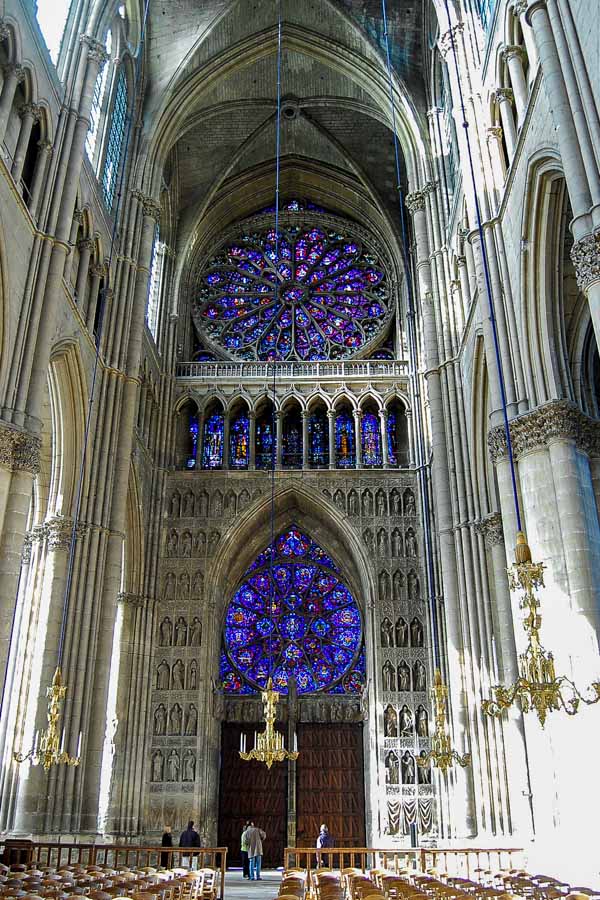 And here are some of the other stained-glass windows. 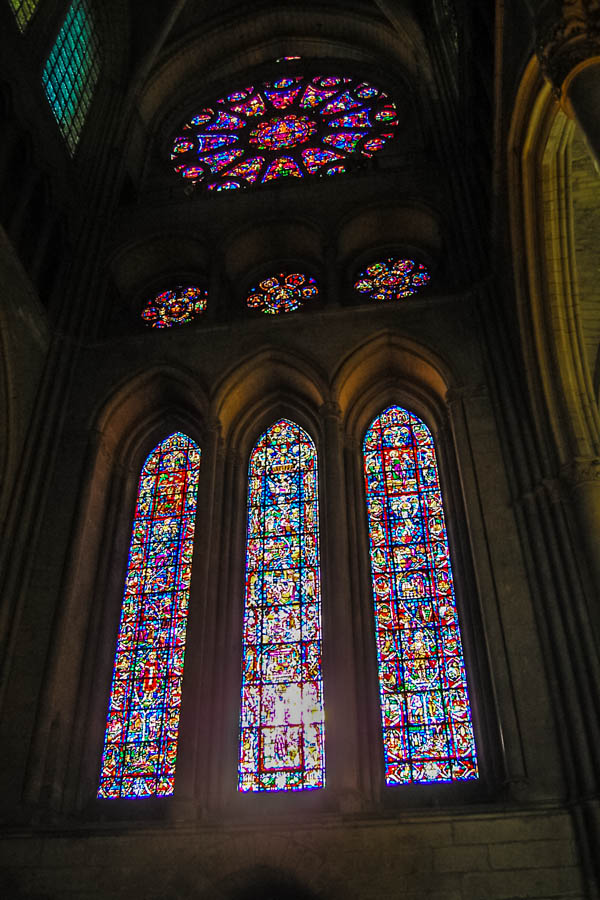 The pulpits, for me, are among the most interesting components of a church. This one was no exception. 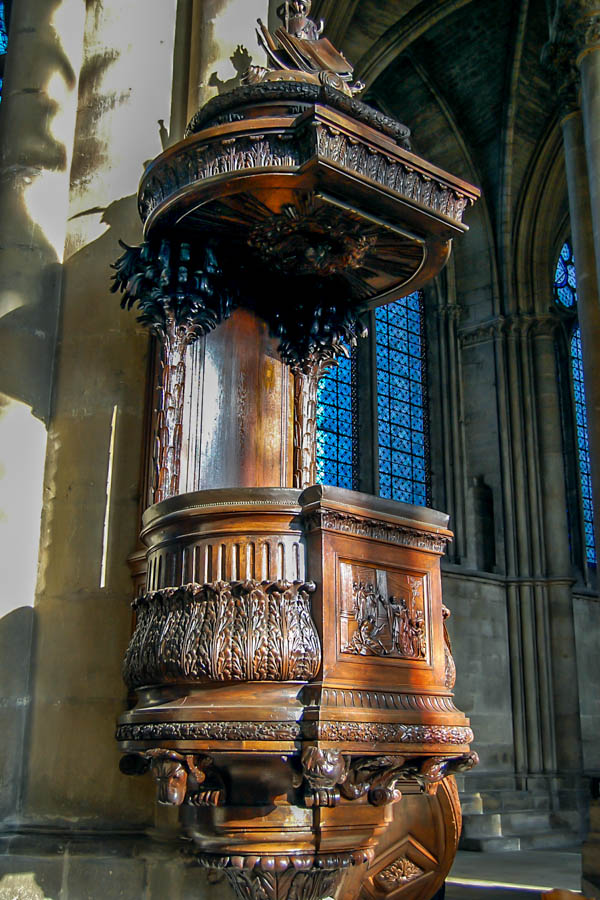 For whatever reason, Tau Palace did not leave a lasting impression with us and I cannot locate any pictures of it either. Another time, maybe.