The Tower of London, dating from William’s Conquest in 1066, is inscribed on the UNESCO World Heritage list for a number of reasons, among them as an outstanding example of medieval military architecture as well as for its role in the European history.

It is certainly one of the must-see sights in London. There are several self-guided tours inside the grounds that are enabled by excellent audio-guides. You can see dungeons, royal apartments, an armoury, among many things; and don’t forget the Crown Jewels. Joining a group tour led by a Beefeater is also an option – they are entertaining, as long as you don’t mind jousting for place closer to the guide with a few dozen people during busy times.

If I recall correctly, I’ve been inside the Tower on three occasions. During my very first trip to London, on an off day during a business trip, I covered everything the landmark had to offer. The return visit occurred on the reconnaissance trip to London in 2006. Natasha and I finished house-hunting and seemingly had a free day for sightseeing, but a short time into our visit to the Tower we got a call from the broker that our rental offer had been quickly accepted, and instead of continuing our tour we decided to go sign the papers in person (as opposed to postponing until we were back in the States and doing everything over faxes).

Natasha came back for a full visit next year with visiting relatives. Me, I found myself outside the Tower walls on several occasions, but stepped inside only once more, for a corporate Christmas party organized on the Tower grounds (in the last year such extravagances took place). Otherwise, during our years in London, the Tower for me has become one of those comparatively expensive local attractions that I never managed to re-visit while never failing to recommend to each and every first-timer.

Massive Tower walls and fortifications are an imposing sight from the upper deck of the city tour bus. 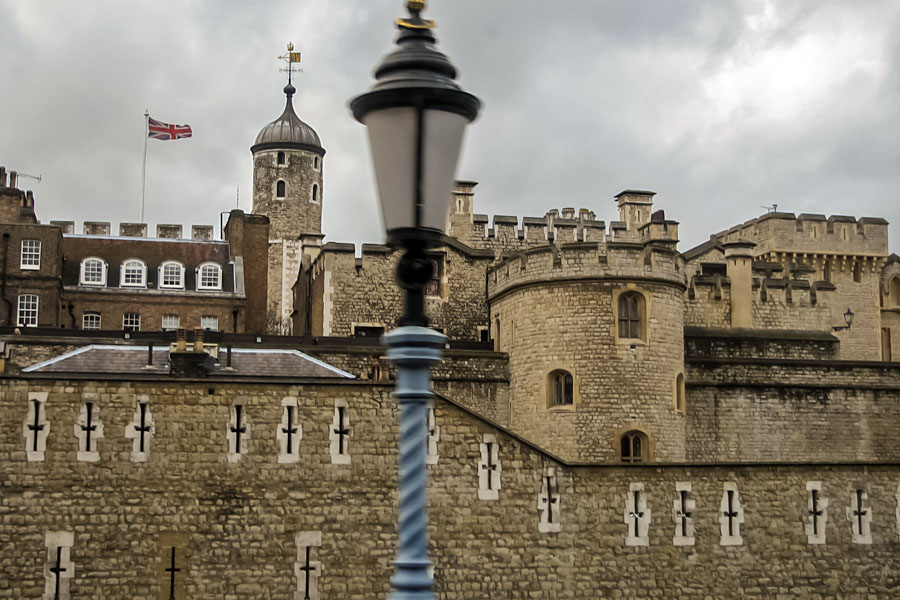 The street-lamp that features in the above shot exemplifies my lax point-and-shoot approach to photography those days. Either that, or I could claim some artistic design here, probably.

Next is a pretty good shot of the White Tower, the main keep. 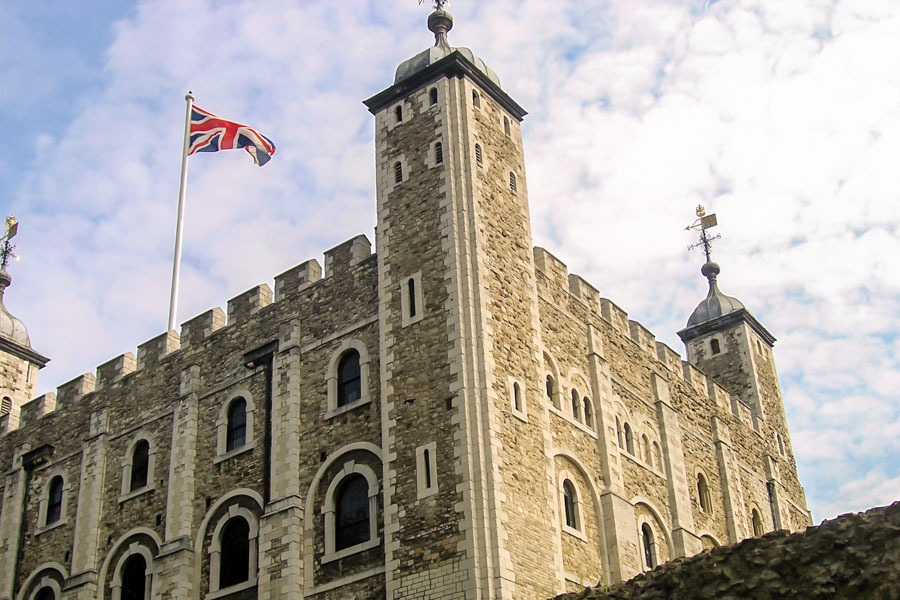 Royal Armouries are located inside the White Tower, but even if you are not interested in weapons, it is a fascinating architectural edifice.

You will always see a Royal Guard next to the entrance to the Jewel House, where the Crown Jewels are exhibited. 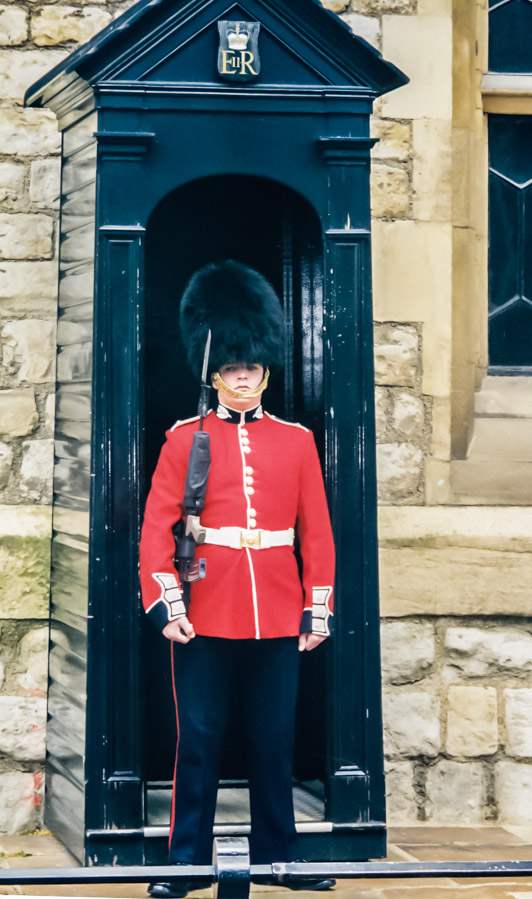 The regiment to which the guard belongs can be distinguished by the buttons on his uniform. This is a Scots Guard – marked by buttons in threes.

There is a bunch of quite sinister-looking ravens at the Tower. Mythology holds it that they protect the Crown. 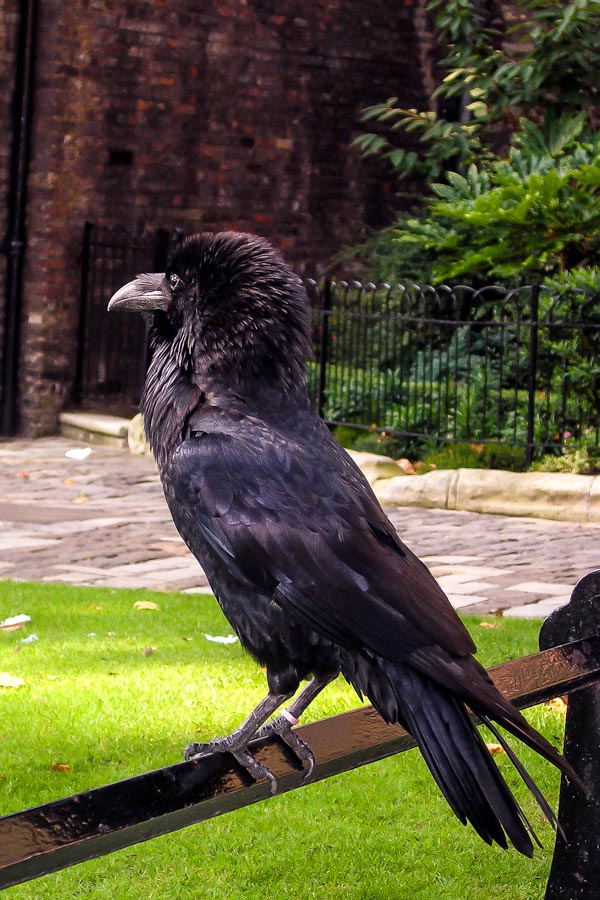 With my recently rediscovered enthusiasm for photography, I will probably make it a priority to see the Tower again on my next trip to London.