Saint Vladimir (Volodymyr) Cathedral is as striking on the outside as any you would ever see. The guide on my Kiev-Pechersk Lavra tour named it without hesitation in answer to my question of which of the Kiev cathedrals to see if I only had time for one (I was disingenious in asking, since I suspected even then that I had time for more than one). As it is a working place of worship, rather than a museum, it did provide a different vibe than I found in the Lavra and in St-Sophia complex. 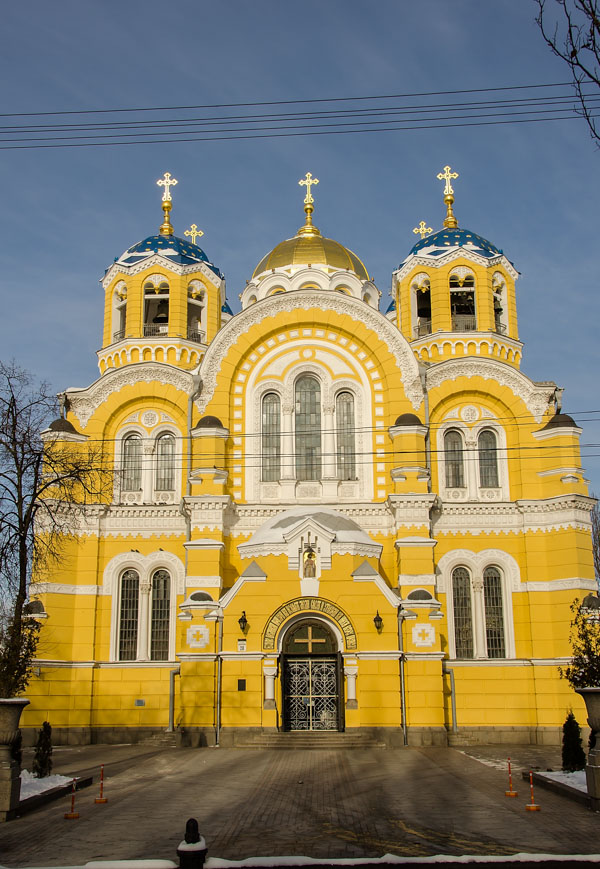 The following shot is of the “Candle of Memory”, an edifice that is part of the national museum devoted to the terrible Holodomor that occurred in the early 30’s of the last century. 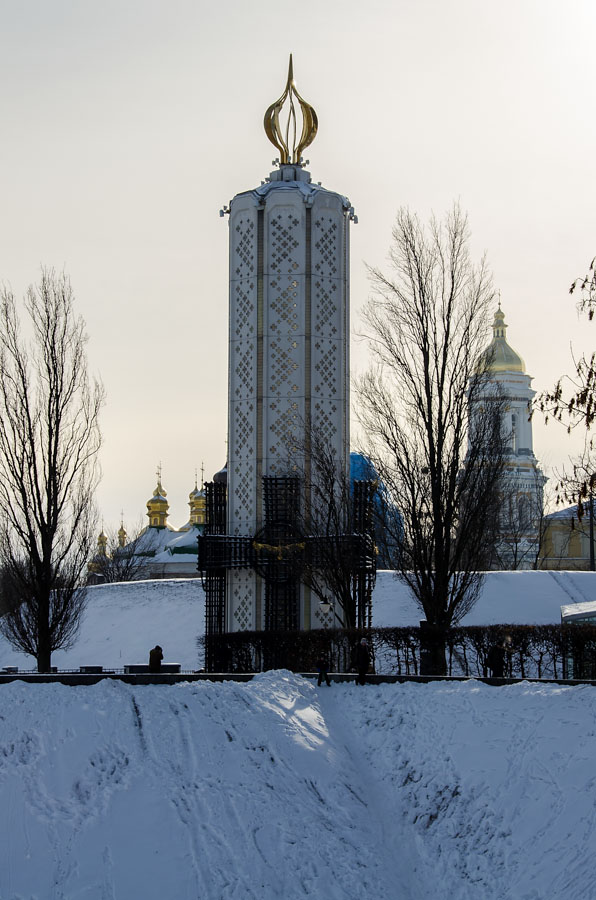 I did not go to the museum itself.

From the vast Sophia Square, the graceful St-Michael’s Golden-Domed Monastery provides a fine background to the monument to Bohdan Khmel’nitskij, probably the most significant person in Ukrainian history. 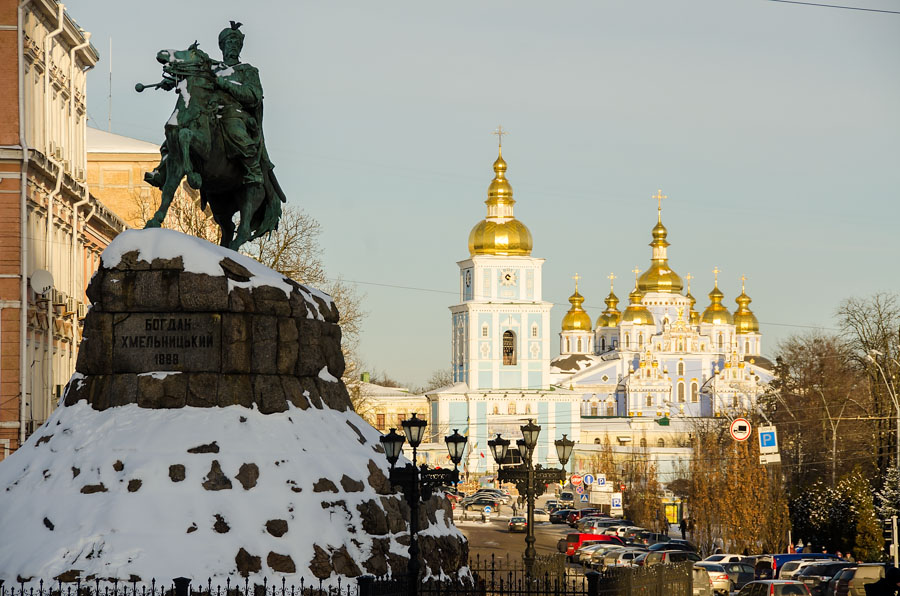 Central Kiev is full of elegant buildings. I took a few shots of those, among them this one by the Opera House. 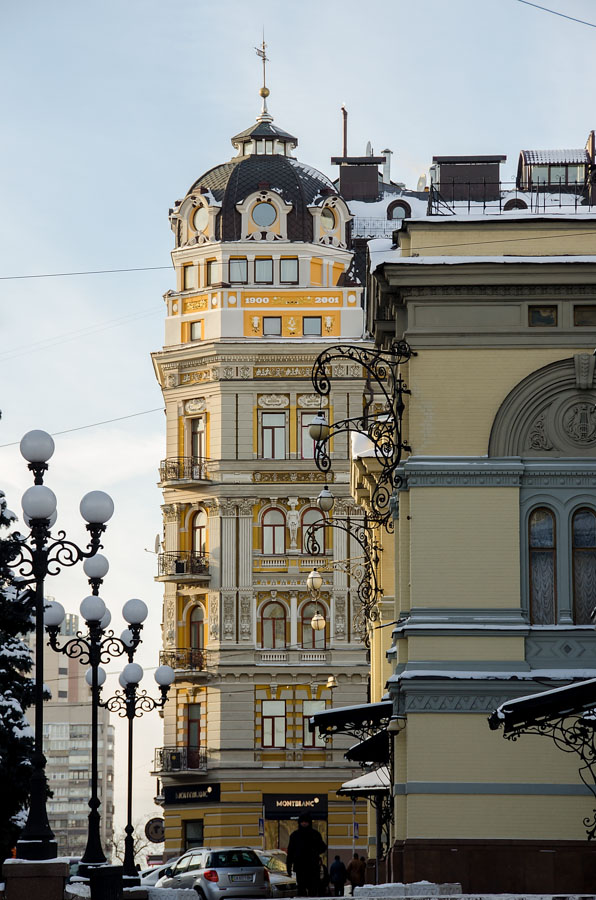 It was a very cold day on my visit, and I had to warm myself up wherever I could find a likely place. One such stop was Varenichnaya (dumpling-ery, to coin a translation) “Katyusha”. Evocative interior, nostalgic musical sounds, menu from my childhood – I never expected to get so close to heaven in a chain eatery establishment. 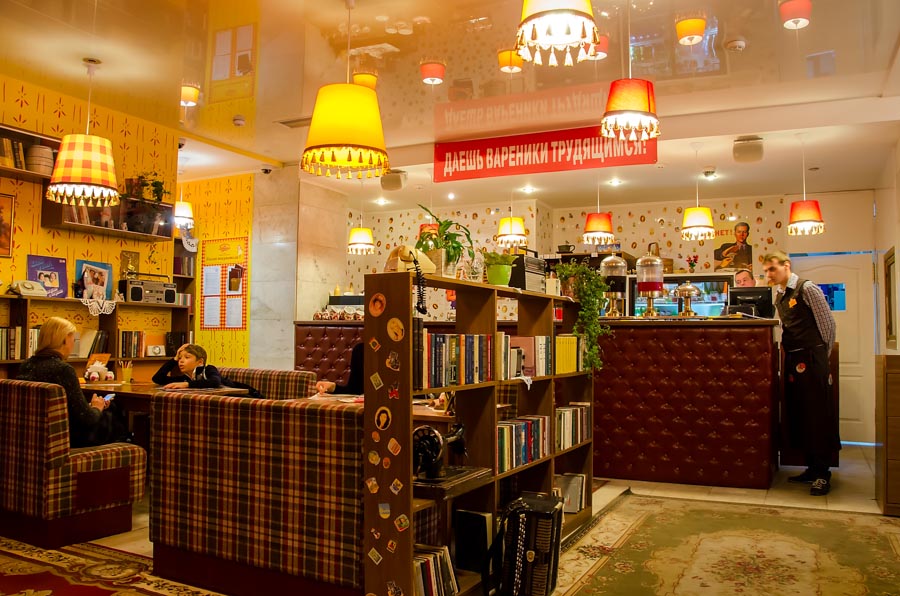 The sign pays homage to the pathos of the communist times – Give Dumplings to the Working People!

And another shot of St-Michael’s from Sophia Square. I did run out of time on my only free day in Kiev, and it now occupies the top place on my places to visit when I return. 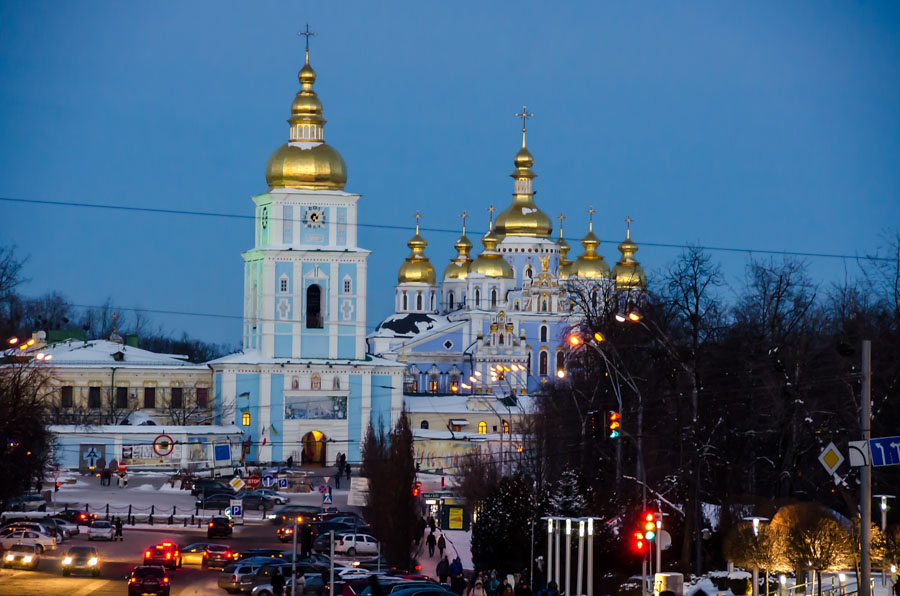 I suspect I should return in short time, as my current job demands.

Larger selection of Kiev photos has been added to my Flickr photostream.