Kiev is famous for its domed cathedrals, and on my only free day of the recent business trip I put aside considerations of unrest in the city center and spent time exploring some of the city sights, including its multi-location World Heritage site. There is no doubt that on my childhood visits to the city I strolled by the monastery and cathedral walls, but this time around I actually did the site justice.

Inscribed for the spiritual and intellectual influence these buildings had on the “Russian world” in 17th-19th centuries, Saint-Sophia Cathedral and the complex of Kiev-Pechersk Lavra attract me first and foremost for their fascinating architecture and history going back nearly a thousand years. 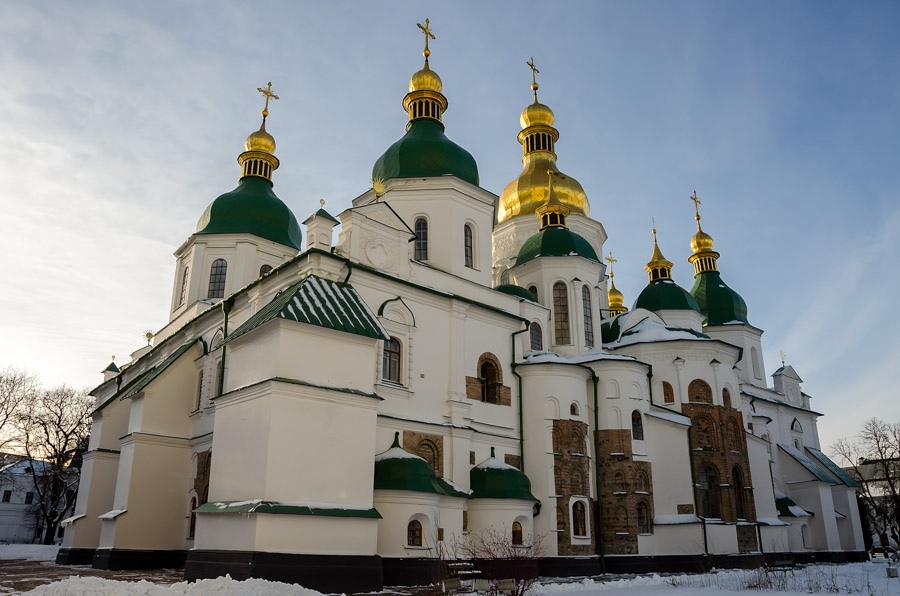 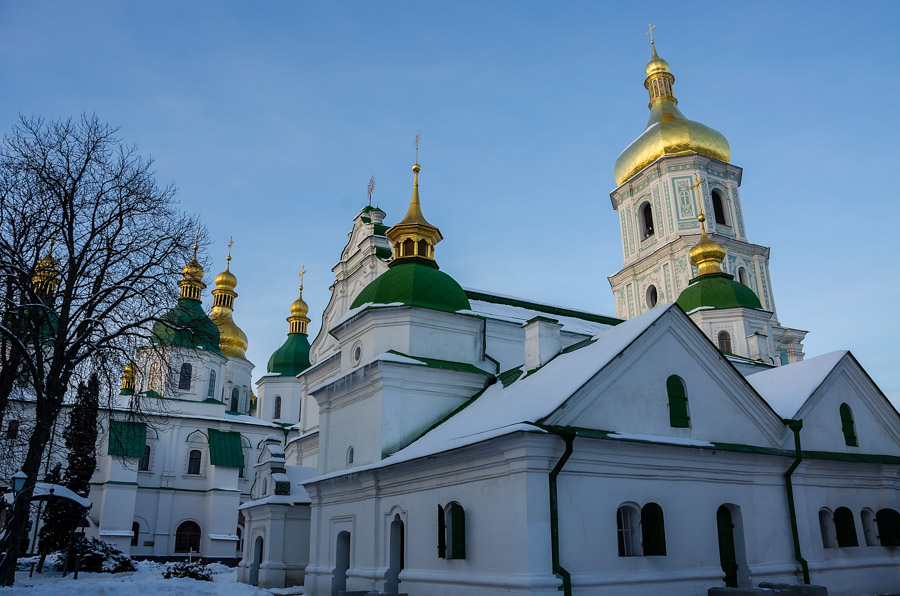 Dating back to 11th century, the great church assumed its current form by 1767, along with a number of interesting buildings surrounding it. 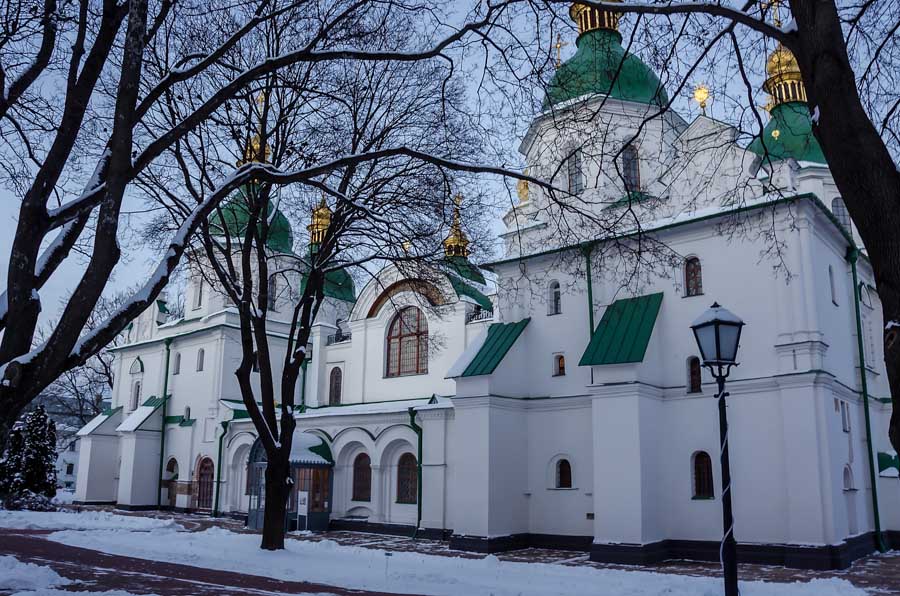 The Lavra is roughly the same age – it started as a cave monastery in mid-11th century. “Caves” remain in the monastery name – that’s why it is Kiev-Pechersk.

Here is the main church of the complex – Dormition Cathedral (Успенский Собор). 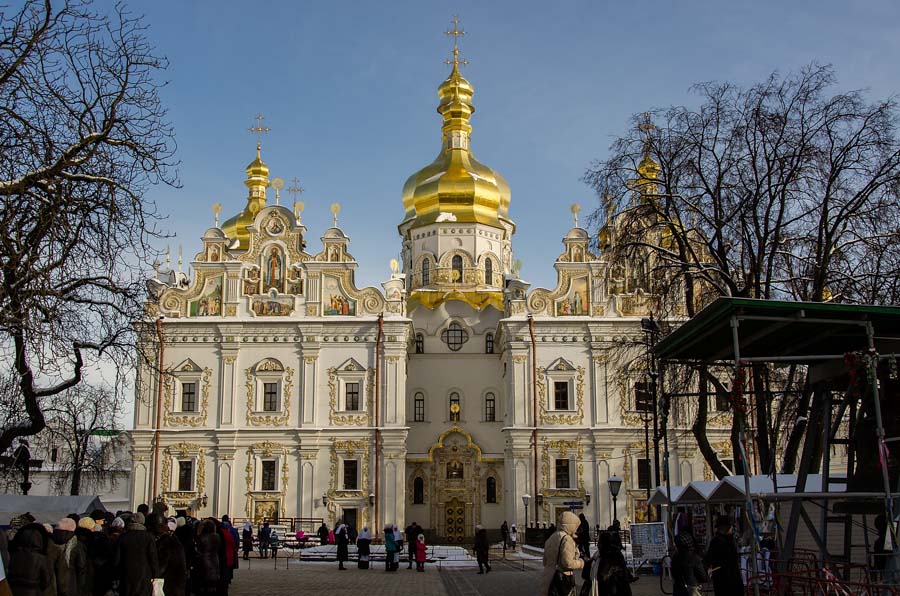 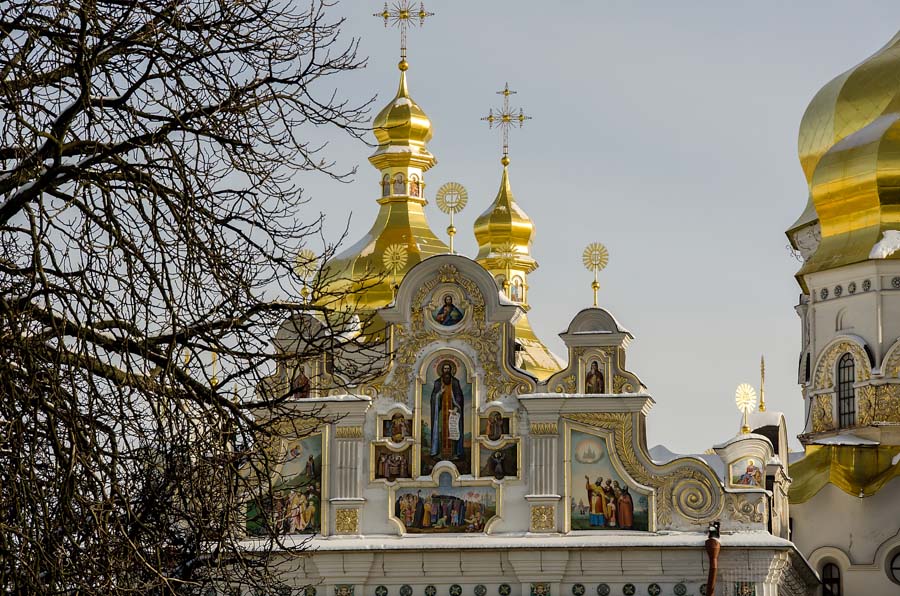 The monastery occupies several levels on the slopes of river Dnieper. The lower part is where the caves are and remains an active monastery today. The view from the lower part towards the Upper Lavra’s Refectory Church (Трапезная Церковь) and the Grand Belltower is the next shot. 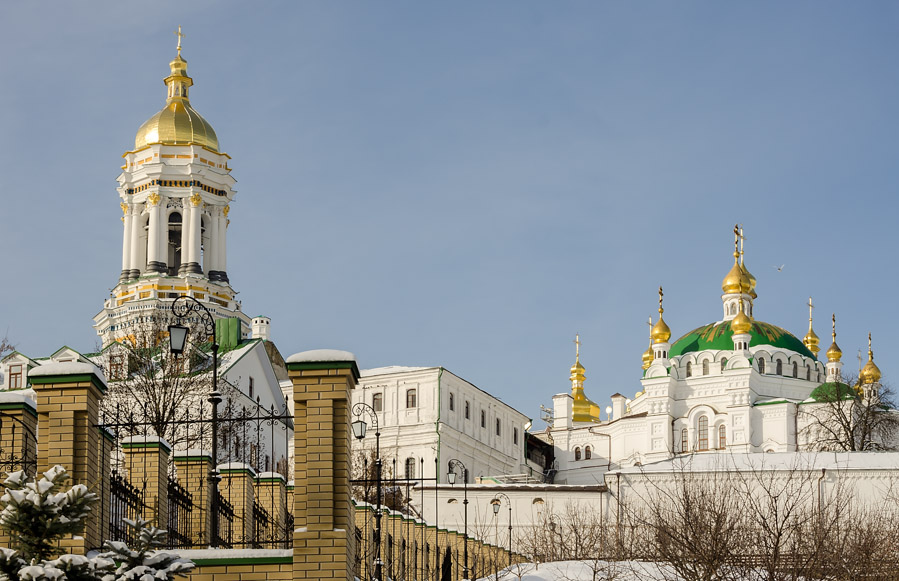 There are limited opportunities to take pictures of the interiors in most of these religious buildings. I did have such opportunity in the Church of All Saints, on the edge of the Lavra. 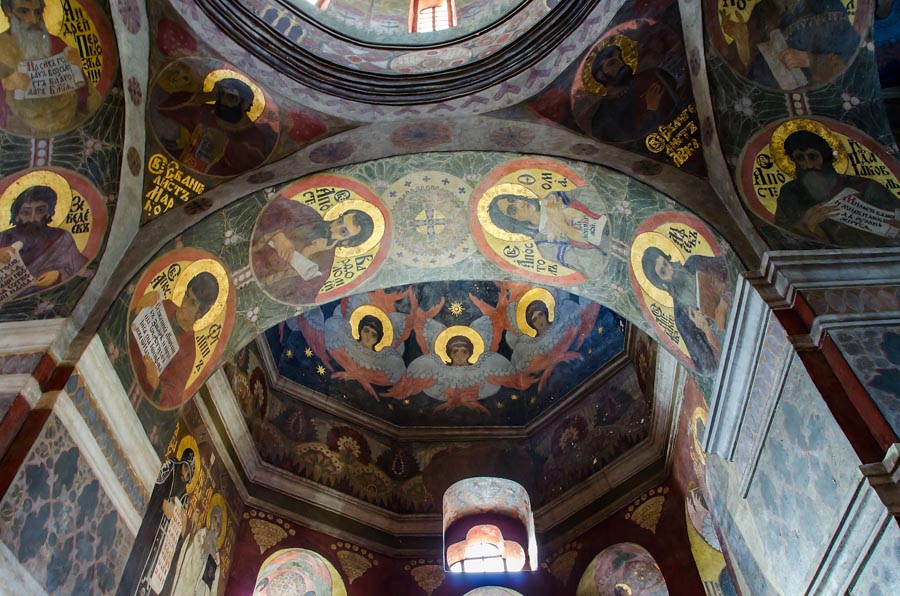 A wider selection of pictures is available in my Flickr photostream.