More of my favorite sights of Florence

Florence entry in the erstwhile series was one of the best ones. I always managed to come away from visits to Florence with good photographic material. As a result, on our recent day in the birthplace of Renaissance, quite a few of my shots were of sights I already photographed before.

But, hey, that’s why they are called “favorite” sights, right?

One of the most iconic and impressive vistas in Florence – the cathedral complex – consisting of the Baptistery, the sumptuous Duomo itself (whose famous dome is prominent in the background), and the elegant Giotto bell-tower. 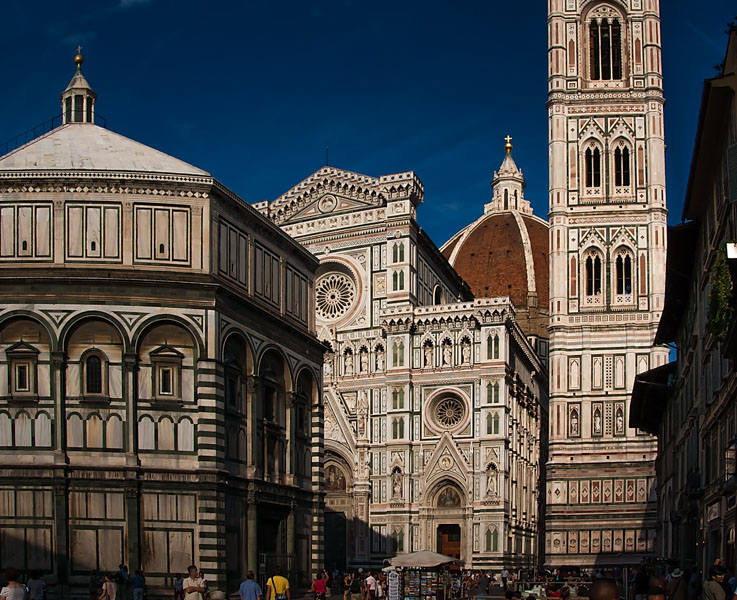 An attempt to catch the various statuary on Piazza della Signoria in one shot. 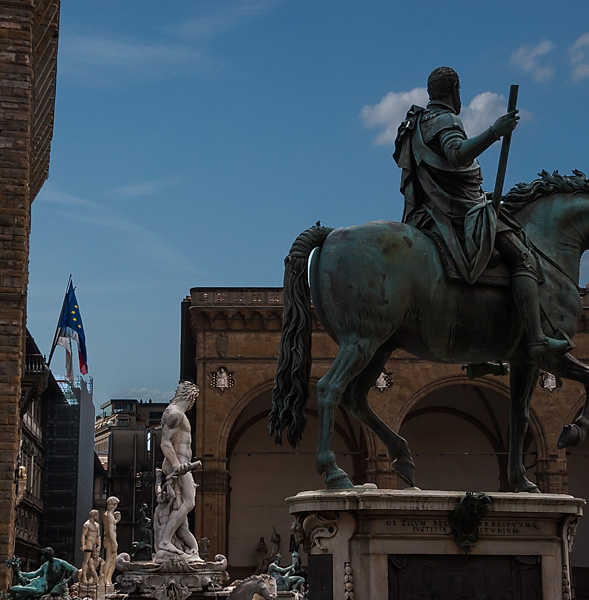 Giambologna’s equestrian statue of Duke Cosimo I is in the foreground, followed by the Neptune fountain, then a copy of Michelangelo’s David, and then Bandinelli’s Hercules and Cacus. Background on the right is provided by exquisite Loggia dei Lanzi, an open-air gallery holding works of Giambologna and Cellini, among others.

One of my favorite places in Florence that did not make it into the earlier essay – Piazza di Santa Croce, dominated by the eponymous grand church. 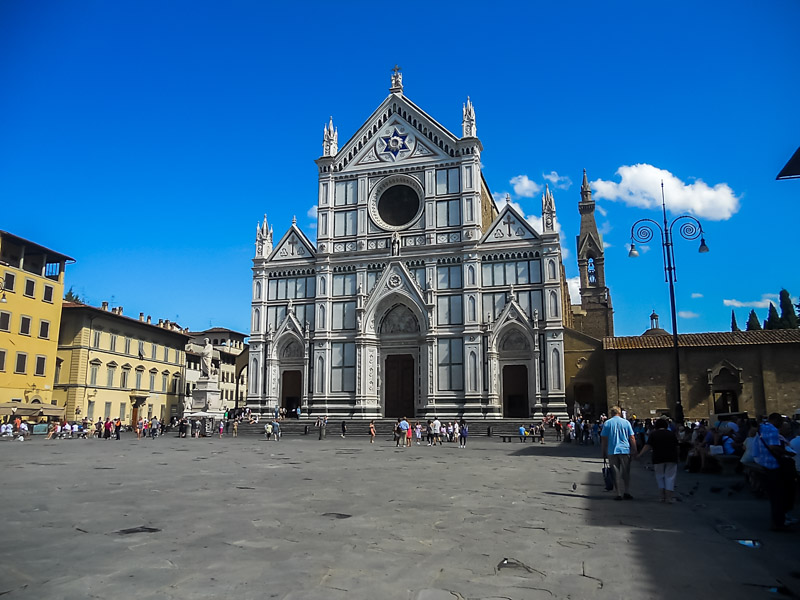 The slender tower of Badia Fiorentina is one of my most-photographed subjects in the city. Either starring or providing background, it features in over a dozen different shots. Here is one looking northward from Via del Proconsolo, with the hint of Brunelleschi’s marvel of a cathedral dome (another oft-photographed sight) peeking out as well. 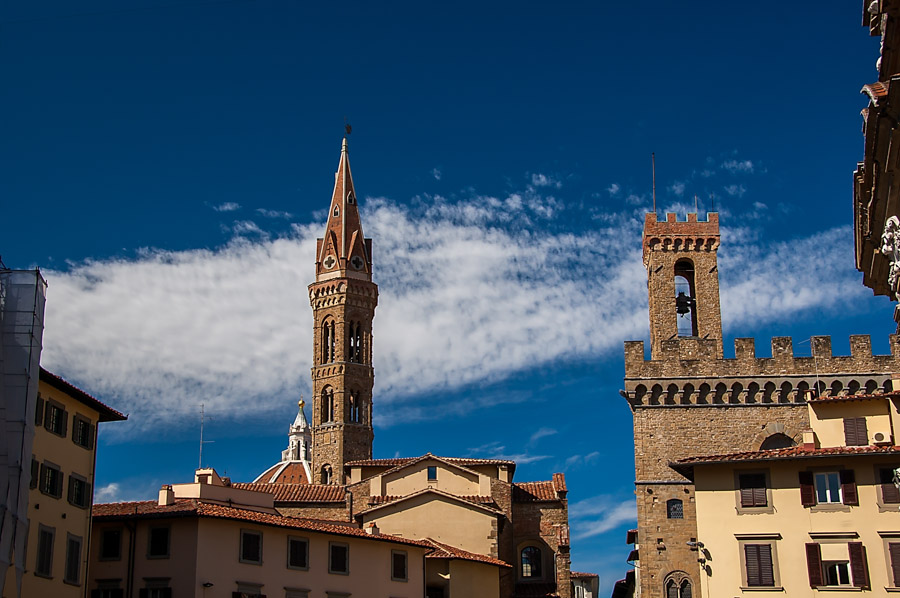 And something less dramatic – the bust of Benvenuto Cellini, backed by a typical Florentine roofline. 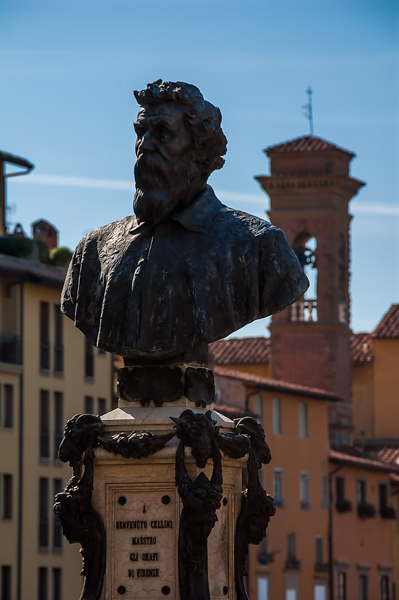 I remain in awe of this city!

These and other pictures can be found in my Florence Flickr set.