My favorite sights of Granada

It’s hard to avoid using Alhambra as a dominating topic when it comes to Granada. The magnificent palace and fortress complex is a must-see destination for any visitor to Granada. Not surprisingly, some of my most favorite sights of Granada are those found within the walls of Alhambra.

Starting with this view that only hints at architectural magnificence spread across bright and beautiful gardens. 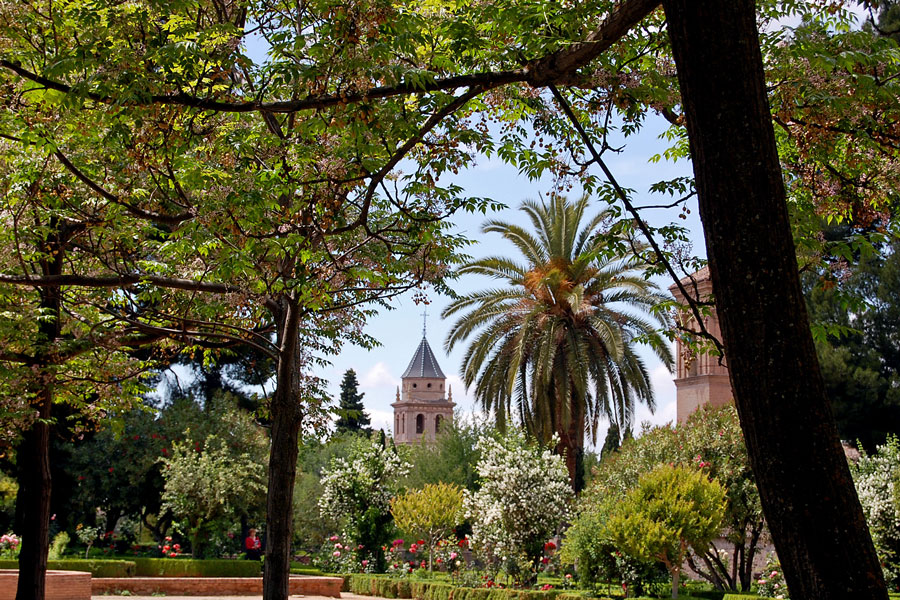 This corner of Alhambra is called the Partal. The five-arched portico is probably the oldest standing part of the complex. Together with the reflective pool in front of it, it is a place to linger at. 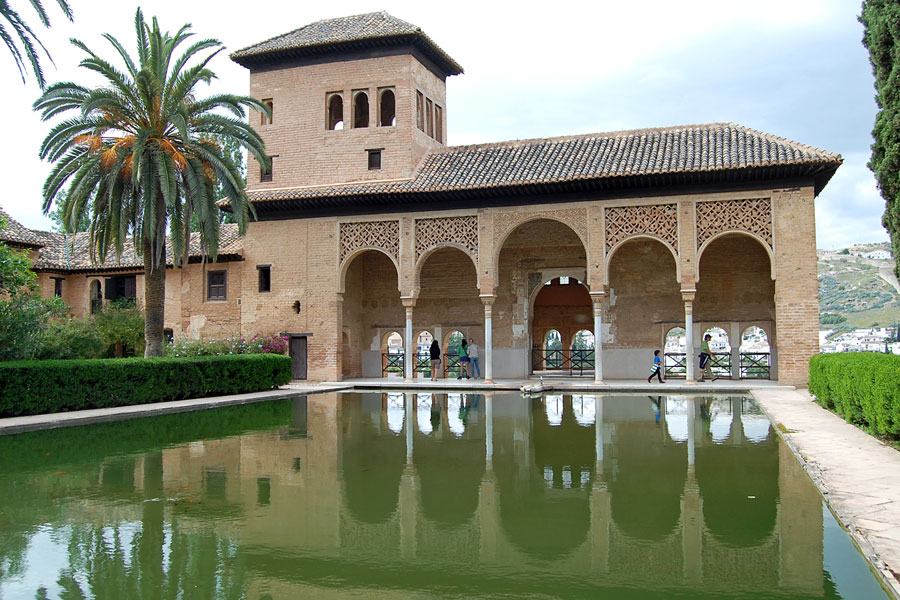 Generalife, a private retreat of the Emir located some distance from the main palace is just as visually arresting as the core of Alhambra. The palace may be comparatively subdued in its glory, but the courtyards, the gardens, and the fragments of Moorish ornamentation are none the less magnificent.

Then, there are the vistas. Here is the view of the main Alhambra complex from the terraces of Generalife. 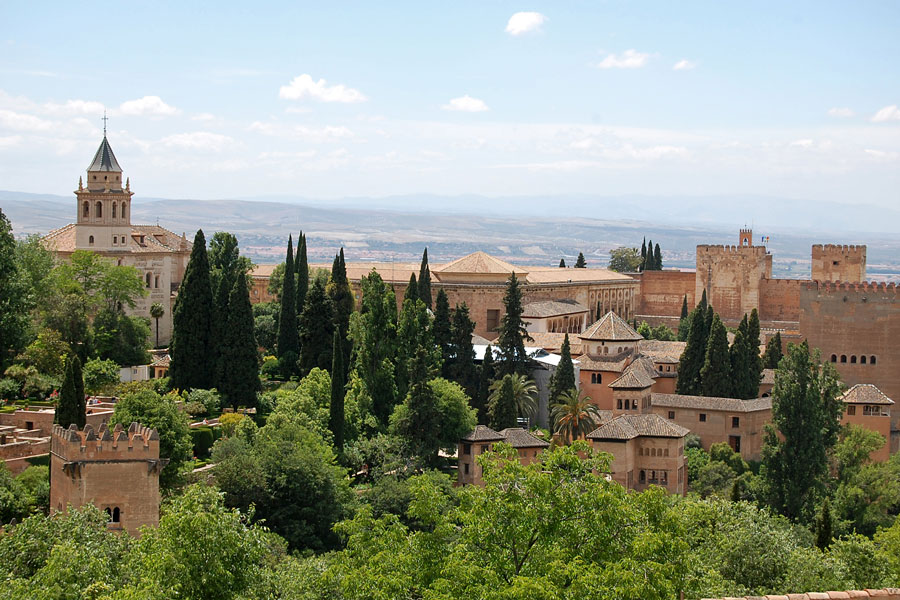 And adjusting your field of view to the right, you can see the white-washed Albaicin on the hill opposite Alhambra, and Sierra Nevada mountains in the background. 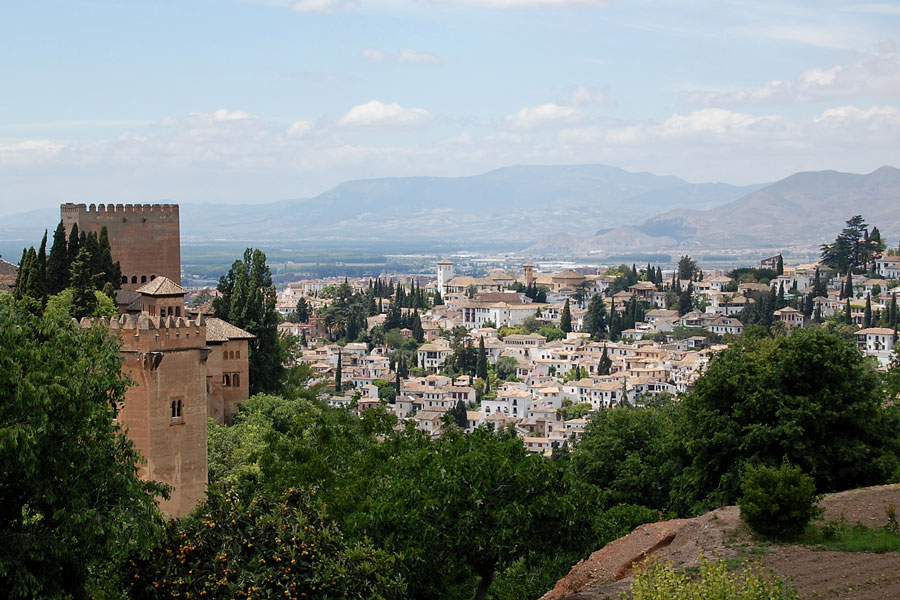 My opening statement notwithstanding, it would be unfair to shortchange the Old Town of Granada by focusing only on Alhambra and Generalife. There is plenty of historic architecture, fun narrow alleyways lined by [tourist-oriented] crafts shops, attractive squares and monuments. Here is one of the squares surrounding the Cathedral. 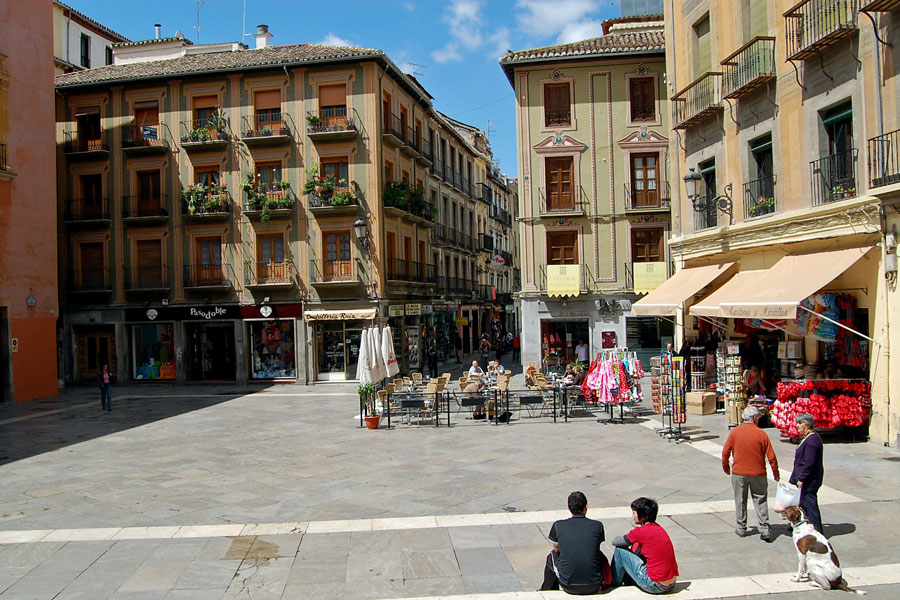 The next shot is not just a favorite sight but veritably a favorite photograph. It is the church of Santa Ana that stands in the corner of the vast square that is called Plaza Nueva in one half and Plaza Santa Ana in another. I am fond of this shot because it required minimal post-processing while coming out really sharp and dramatic. 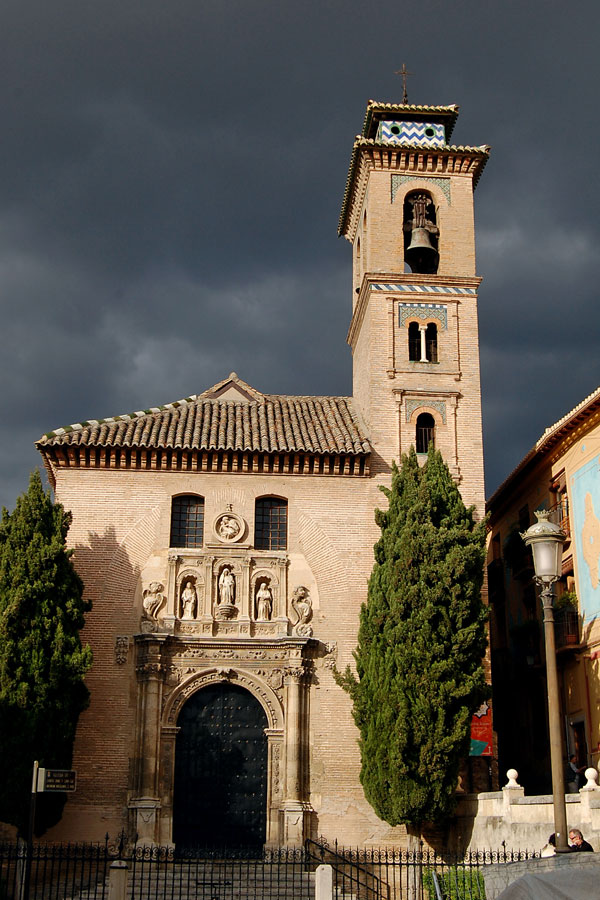 The torrential downpour started just a few minutes after this shot was taken.

I’ll end this Granada essay with a nod to a can’t-miss activity. While churros con chocolate can be found all over Spain, the ones we had in Granada on several occasions are the best we ever had. On the main square of the Old Town, Bib-Rambla, there is an eponymous cafè to which we returned several times over the years solely for the purpose of ordering their churros. Here’s a shot of Becky enjoying the treat on one such occasion. 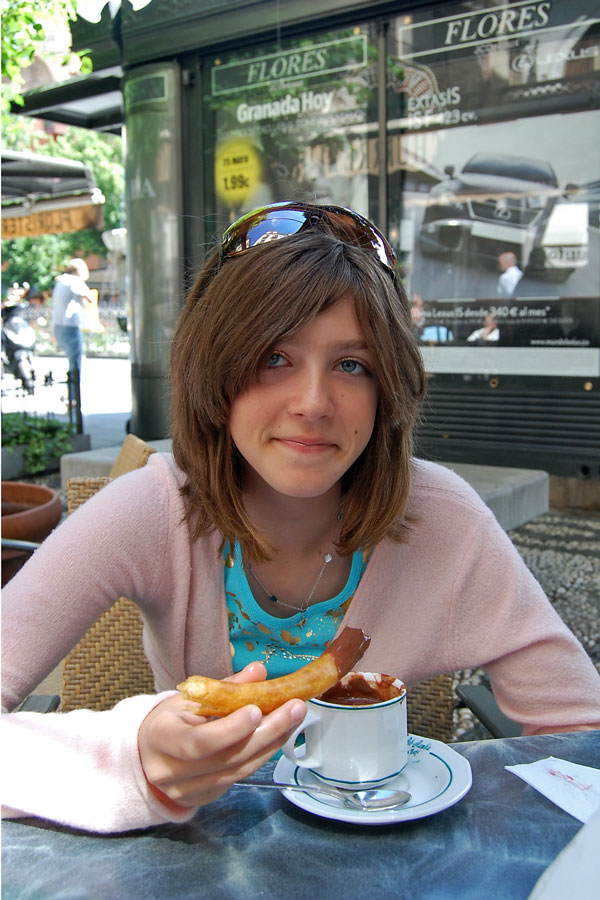