My favorite sights of Siena

A follow-up photo-essay from more recent trip can be found here.

It defies explanation, but on my half a dozen visits to Siena I never managed a good photographic shot of its famous main square, Piazza del Campo. I have plenty of shots taken on the square, but none that would relay the magnificence of its enclosed shell-shaped expanse. Inexcusable, really.

At least the main edifices located on the Piazza, the palace and the exquisite bell-tower, feature prominently in our photo archives. 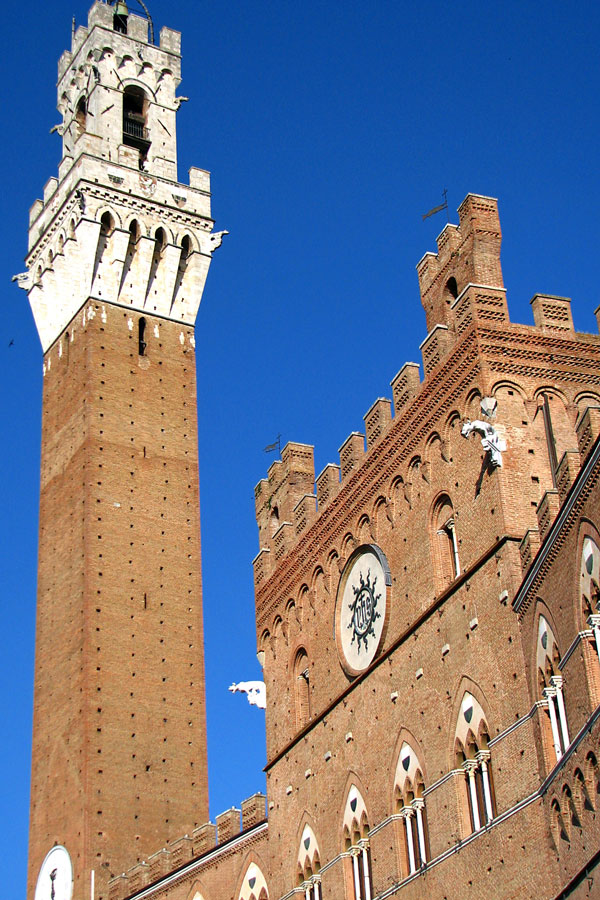 Although it might entail a period of waiting in line, I highly recommend attempting to climb to the top of the tower. Even forgetting my natural inclination to explore the highest viewpoint at any locale, the rooftop views from Torre del Mangia are simply magnificent. 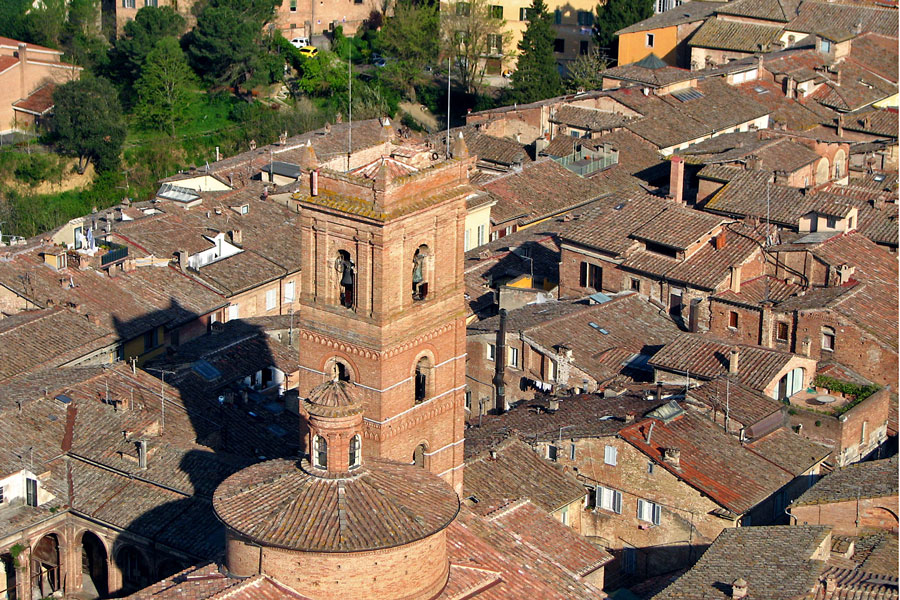 Siena’s Cathedral is among the most ornate and exuberant ones in Christendom. Here’s a fragment of its façade. 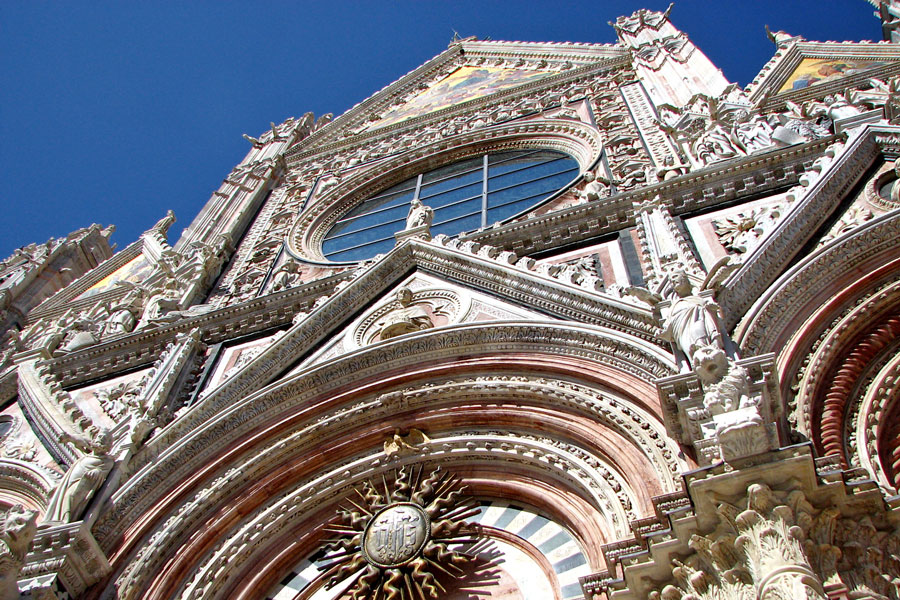 Despite being a significant tourist destination in its own right, Siena happens to be a living city, with plenty of regular life going on in the historic city center as a quiet contrast to the hustle and bustle of main tourist sights. Many a street view such as the one below can be found in various parts of the city core. 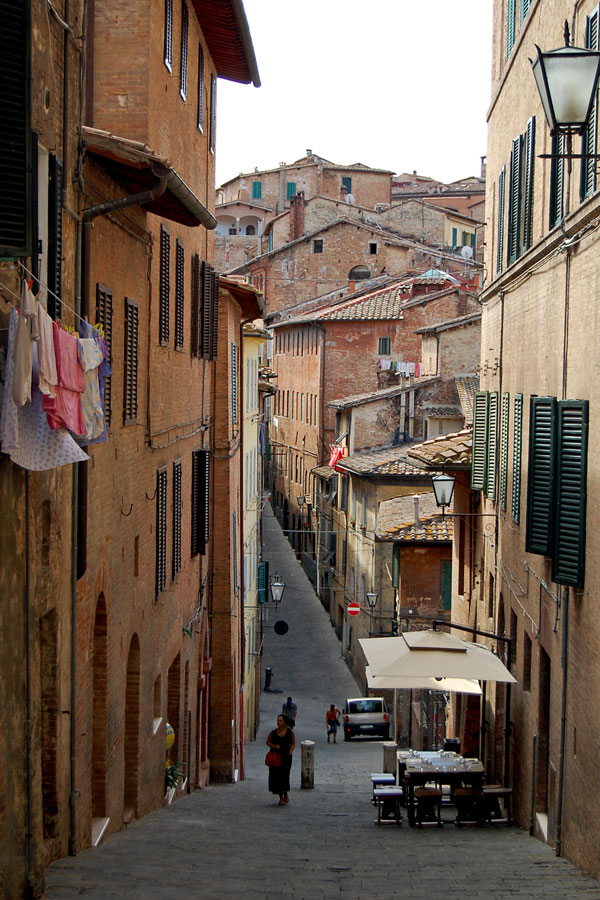 And, of course, after Il Palio is run, the winning contrada colors dominate major city arteries. These are the colors of Bruco (caterpillar). We happened to be in Siena right after its last victory in 2008. 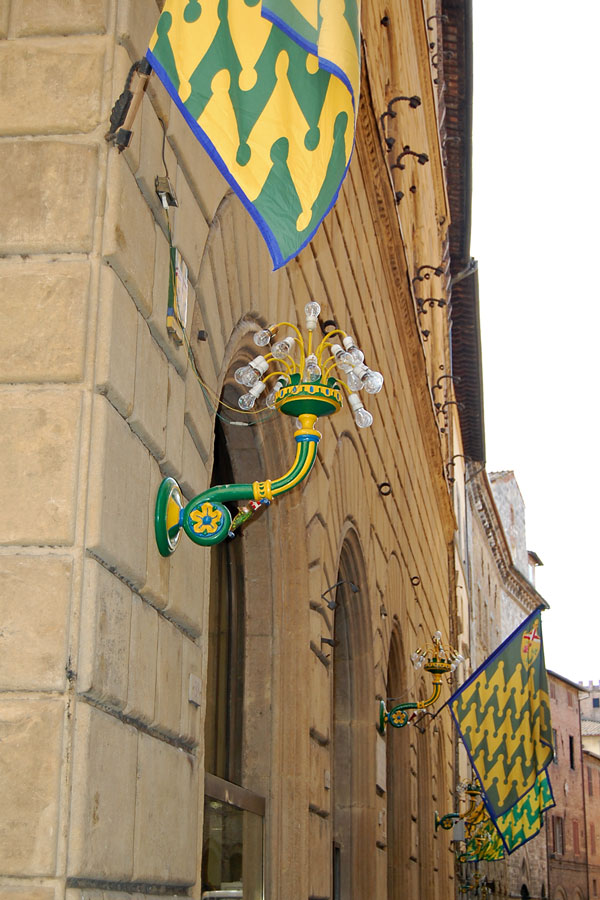 A return visit to Siena (and Tuscany as a whole) is already planned for next year, soon after the Palio is held. I wonder which colors will greet us.