My favorite sights of Cologne

We went to Cologne – or Köln, in German – for two short occasions, every time with a specific goal in mind. The first, an intraday stop on a big journey around Germany, was solely to explore the famed Cologne Cathedral, one of the most impressive Gothic churches in the world. The second consisted of a weekend of browsing Christmas markets that abound in the city.

It is no surprise then, that my favorite sight of the city combines the reasons for those two trips. Here is the view of the Cathedral towering above the market on the square if front of it. 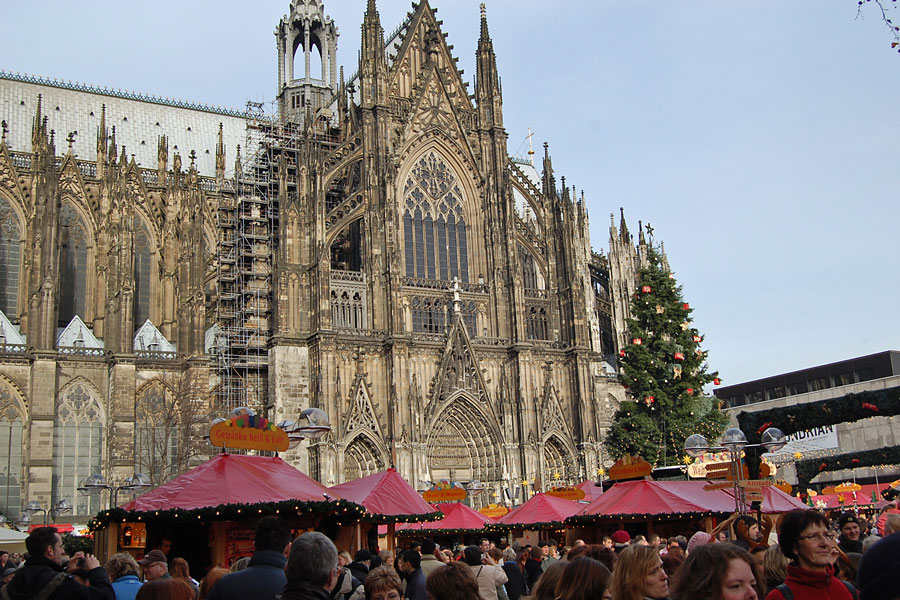 Following significant destruction during the Second World War, the town has been rebuilt with a notable lack of impressive architecture. The Cathedral, however, is not the only architectural marvel in town. Cologne also boasts twelve Romanesque churches around Aldstadt, its Old Town area. They customarily provide winning background to perspectives along various streets, such as the one below, presided by the Church of St Aposteln. 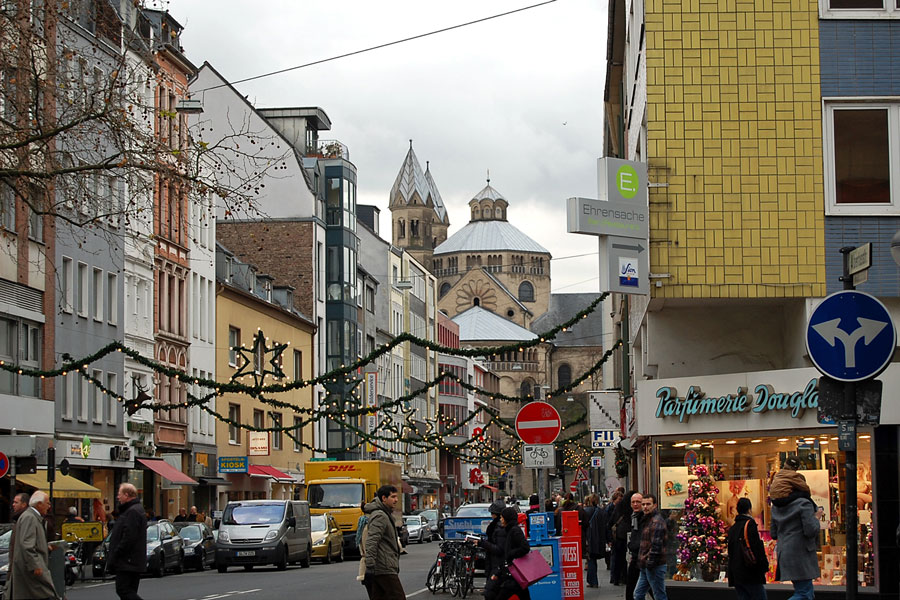 Even in places that are not major destinations on their own, I can always find something fascinating. That’s what makes travel such a passion of mine.