My favorite sights of Venice

A follow-up photo-essay from more recent trip can be found here.

Venice is among the best-photographed cities in our archives, and deservedly so. It is unique, beautiful and utterly amazing.

The view from Ponte dell’Accademia towards the church of Santa Maria della Salute and the mouth of the Grand Canal is a contender for my most favorite view anywhere in the world. There are only three bridges that span the Grand Canal, but the most famous of them, Ponte di Rialto, is too crowded day and night, and the least famous, Ponte degli Scalzi, is located in less attractive area near the train station. Accademia bridge gives me the near-perfect balance of manageable human traffic and gorgeous views. 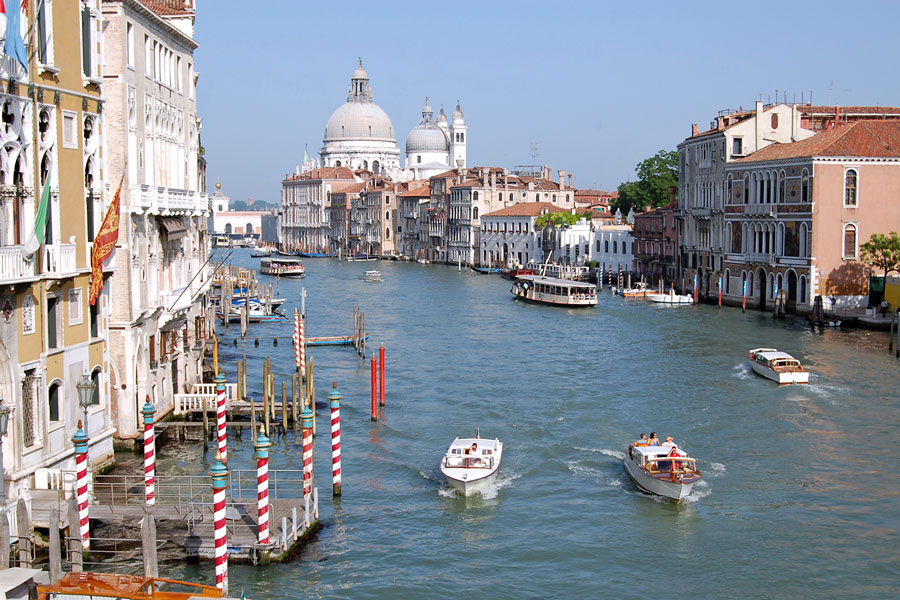 If you ever saw my Facebook timeline main picture, it is the shot of me on the Accademia bridge.

Hear the word “Venice” – and what is one of your first associations? The gondola, of course! There are plenty of “parking areas” for gondolas all along the Grand Canal, making for picturesque sights. 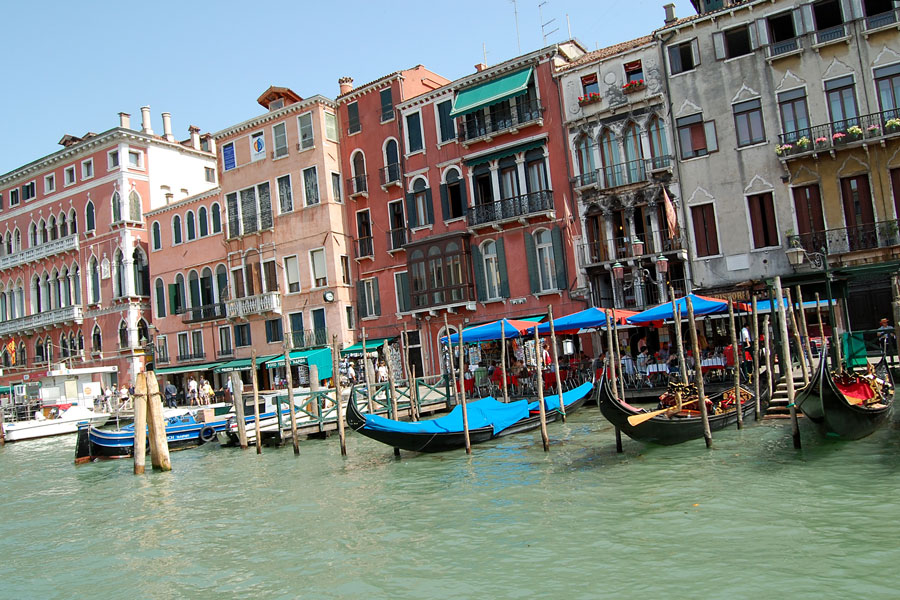 One of the must-do activities when you are in Venice, in our humble opinion, is getting up really early one day and taking a ride on the vaporetto along the entire length of the Grand Canal while the city awakens from its sleep. There will be remarkably fewer people to impose themselves on the serenity of Venice, and the morning light illuminates the palaces along the canal in a whole different light. Here’s a shot from a later portion of one such excursion, when the sun already rose pretty high, around 7am on a late-May morning. 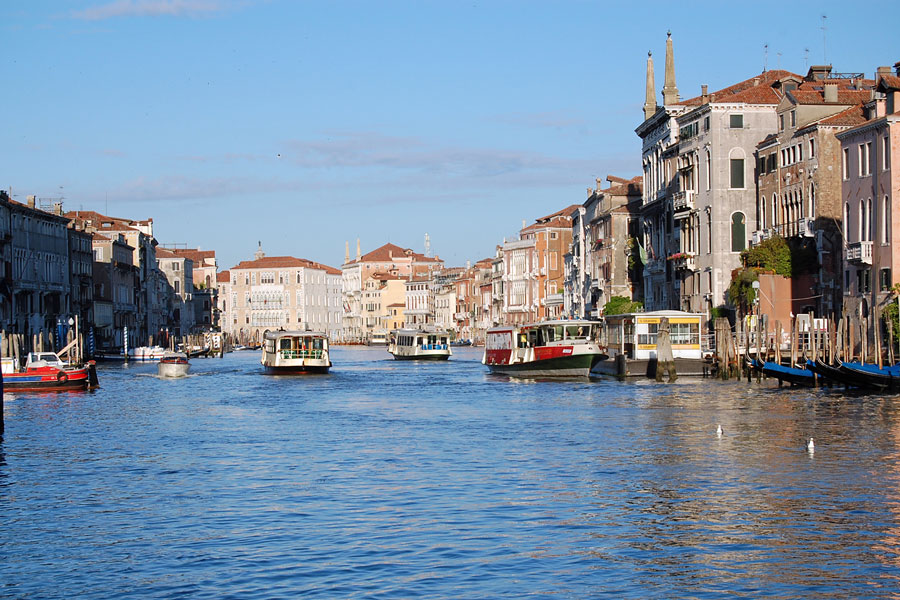 The view from water onto the Piazzetta San Marco (which is an appendix to the main famous square of the same name), with Palazzo Ducale and the dominating Campanile, is one of the most frequently overused views of Venice. Which does not diminish its exquisiteness in any way. 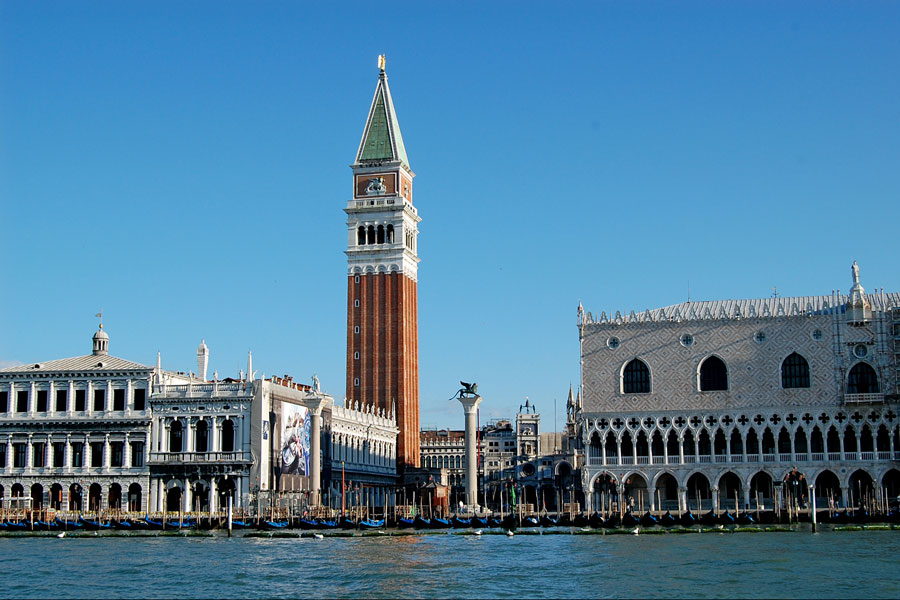 The Grand Canal is lined by dozens of magnificent palazzi, and here are just a couple of samples. 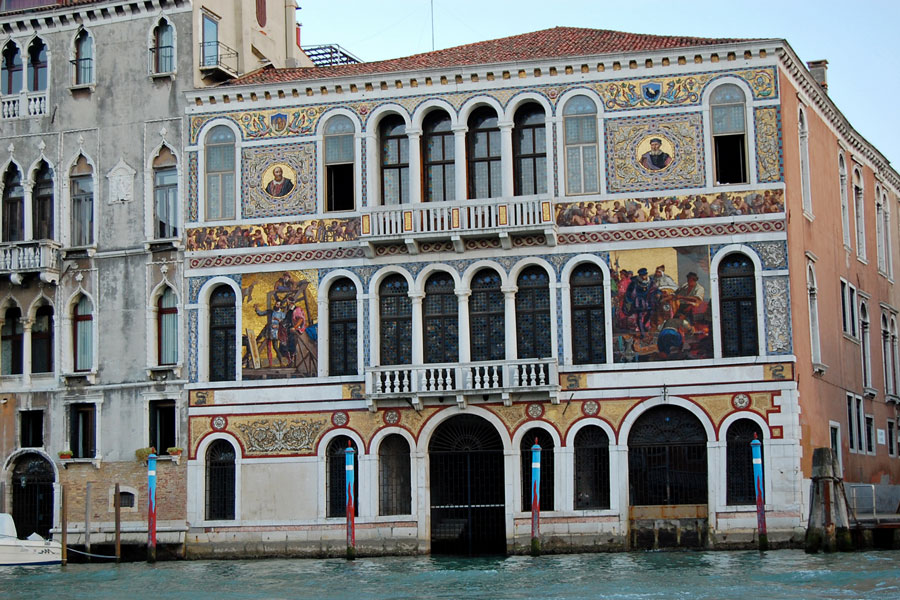 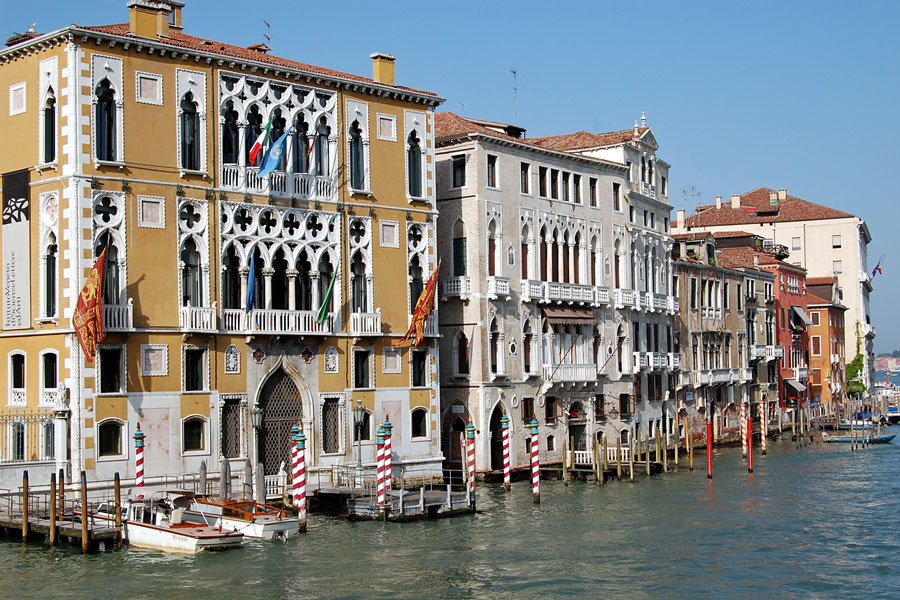 Venice, of course, is a lot more than just the Grand Canal. Its narrow streets cross smaller canals via bridges 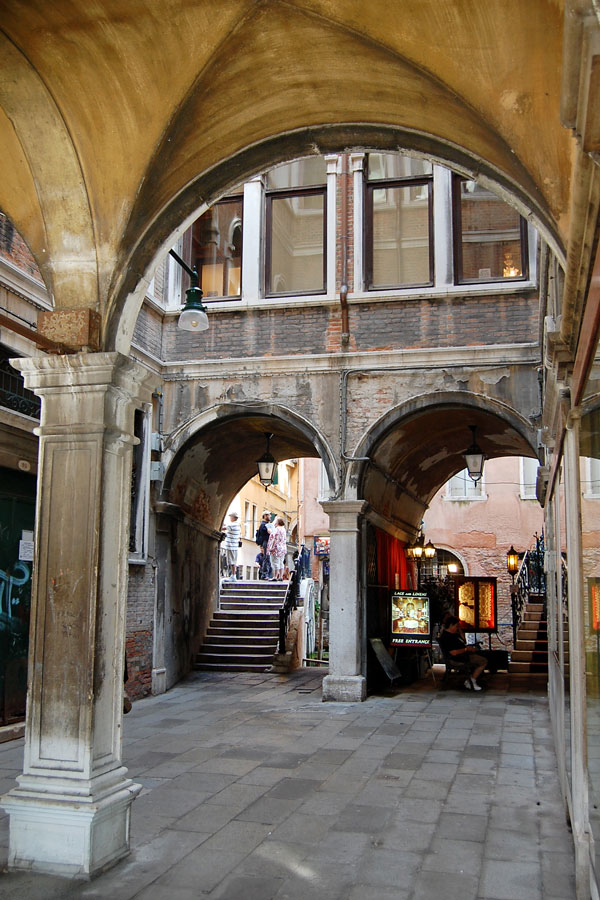 or run along them, converging on enclosed squares and again diverging away from them. Venice is an ideal place to get lost and to wander aimlessly – after all, it is a bunch of islands; even if you truly work at not knowing where you are, eventually you will end up at the water edge with nowhere farther to go, likely within an easy reach of a vaporetto stop.

People who’ve never been to Venice – or those who did not bother to explore anything beyond major tourist sights – may not realize how many places like the arched passageway on the right can be found in the city center. 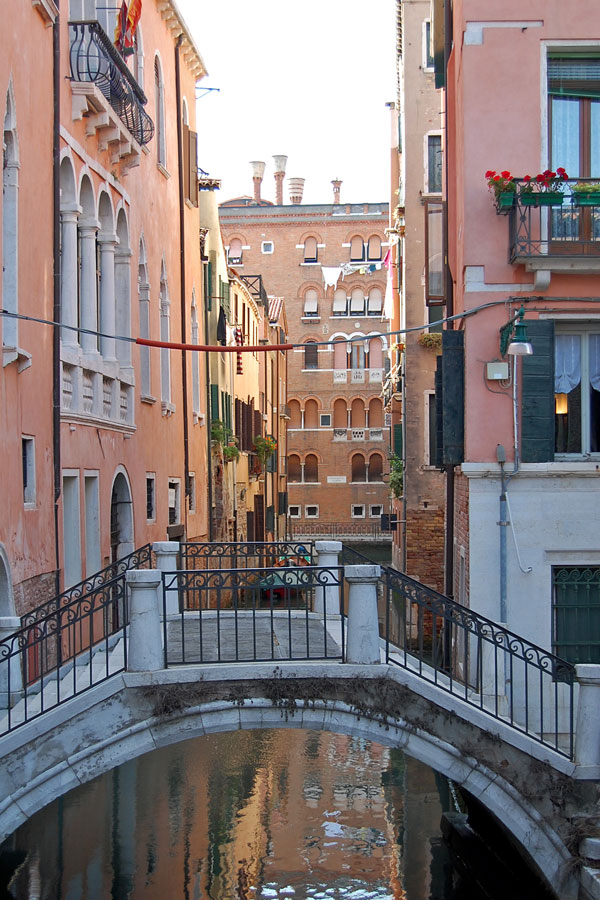 This not-exactly-street-not-exactly-courtyard is actually connected to Piazza San Marco, leading away from it to a couple of destinations via the bridges seen beyond the arches. If you keep to the right bridge, upon stepping on it and turning to your left you will see the view depicted in the shot on the left. While the shots of the Grand Canal can be considered emblematic of the city, there is nothing that is more quintessential Venice than this simple view.

While there are other places in Europe that are literally built on archipelagos or have extensive canal systems, only in Venice the waterways serve as direct access points in and out of many buildings. You’ll come across a canal here or there that has a street running alongside (it would be called a rio in that case), but most of the canals do not have pedestrian embankments, lapping directly against the houses that line them, as seen in the shot below on the left. And some corners of the city may feel rather claustrophobic, with shoulders-wide alleyways running into the multi-story façades, as in the shot below on the right. I nonetheless find the view rather fetching.

And the parting shot does not depict anything special. A lamp on the Grand Canal embankment at the end of the narrow side street. 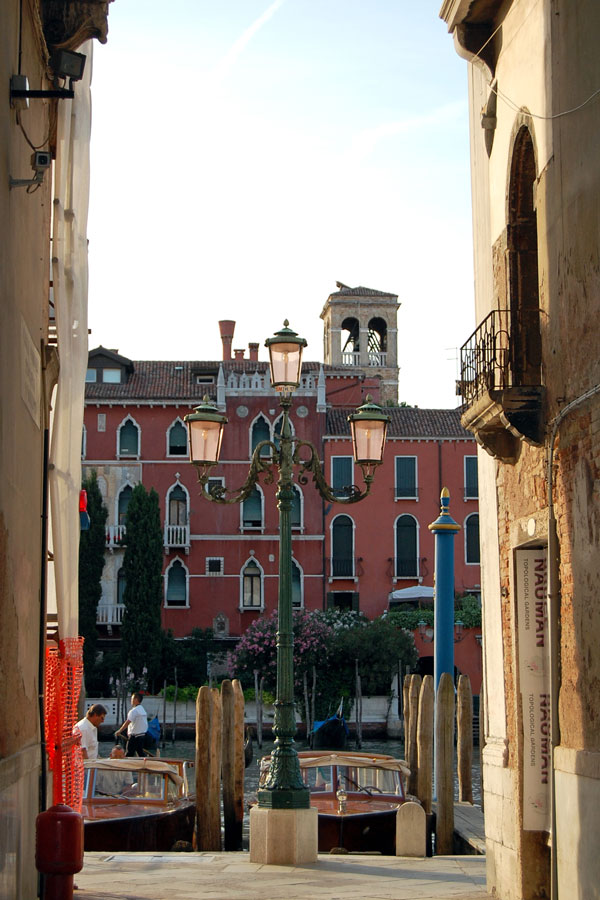