My favorite sights of Budapest

Budapest is a beautiful city, often grand, occasionally quaint and charming, striving to outdo Vienna quite a bit, and reminiscent of Paris in its central Pest area. There are plenty of impressive sights on both banks of the Danube.

We’ll start with one of the emblematic sights of the Hungarian capital, the Parliament building. 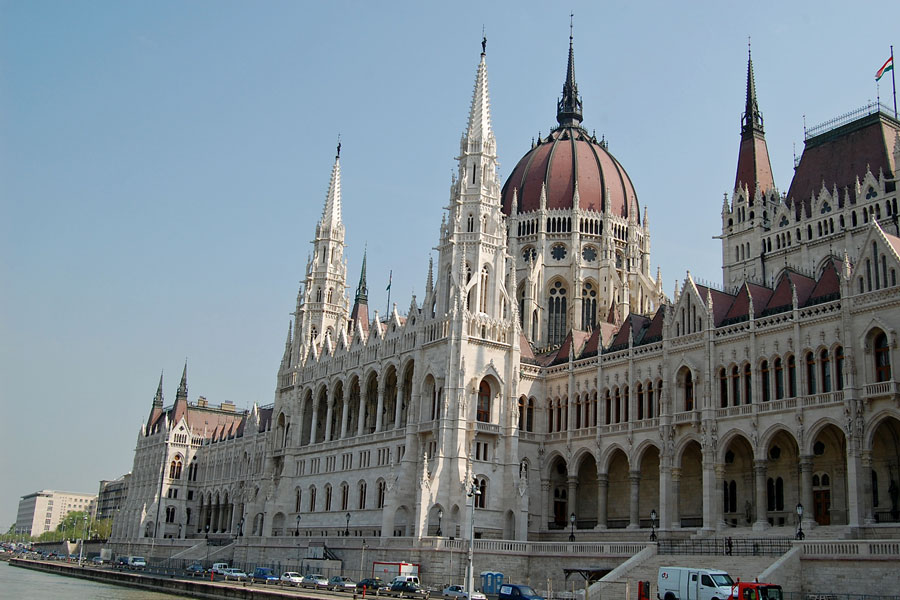 It often features in the “definitive” shots of the city, dominating the surroundings along the Pest riverbank. I like this perspective of it, taken from the deck of a river-cruise ship, the best of all – it feels all the more palatial from here.

The Heroes Square is a grand place adorned with monuments to Hungarian greats. 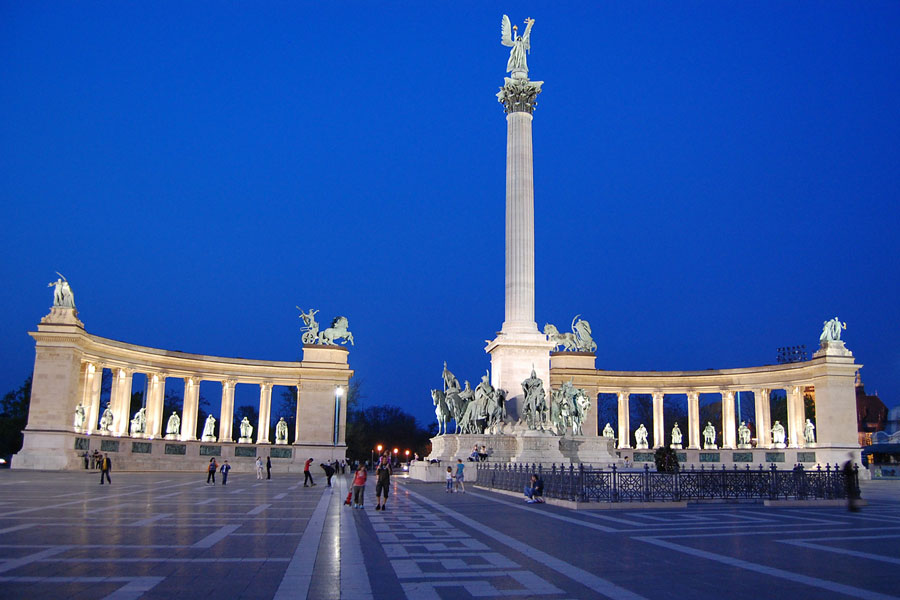 Located a handful of metro stops away from the river, the square is the gateway to the vast City Park, with several museums and tourist attractions nearby.

High up above the Buda Embankment, the Fisherman’s Bastion is a delightful architectural stylization that offers fantastic views over the city. 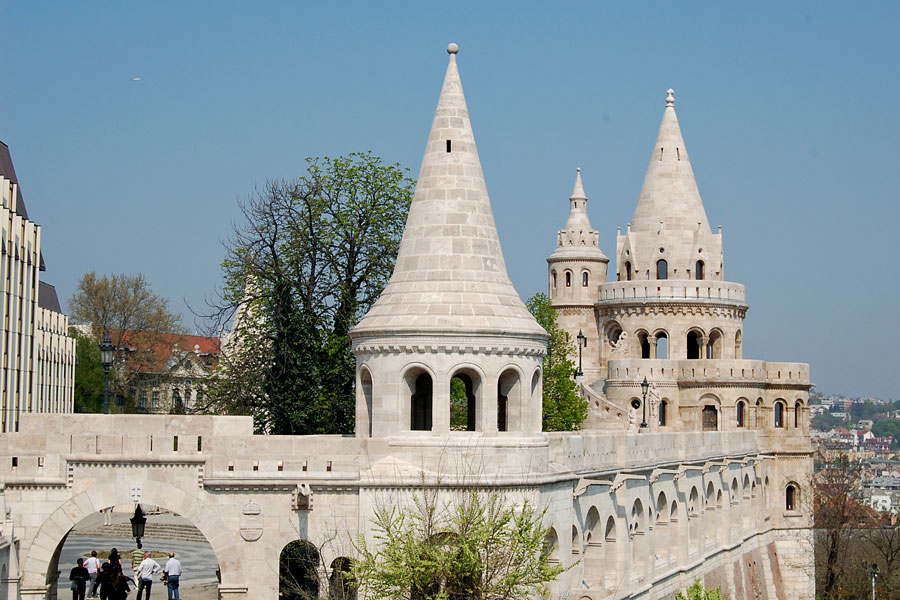 St Stephen’s Basilica may not be as old as the Catholic shrines elsewhere, having been completed only about a hundred years ago, but is nonetheless architecturally imposing, especially when approached directly on Zrinyi St. 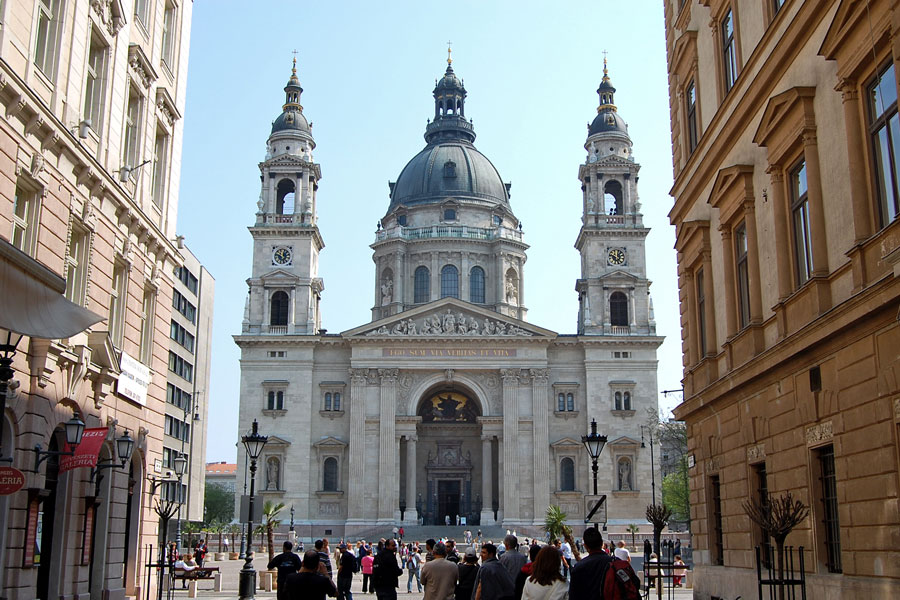 It seems borderline blasphemous to use the term “favorite” for a sight that commemorates a great tragedy, but I find the memorial below to be one of the most evocative of the Holocaust victims anywhere. 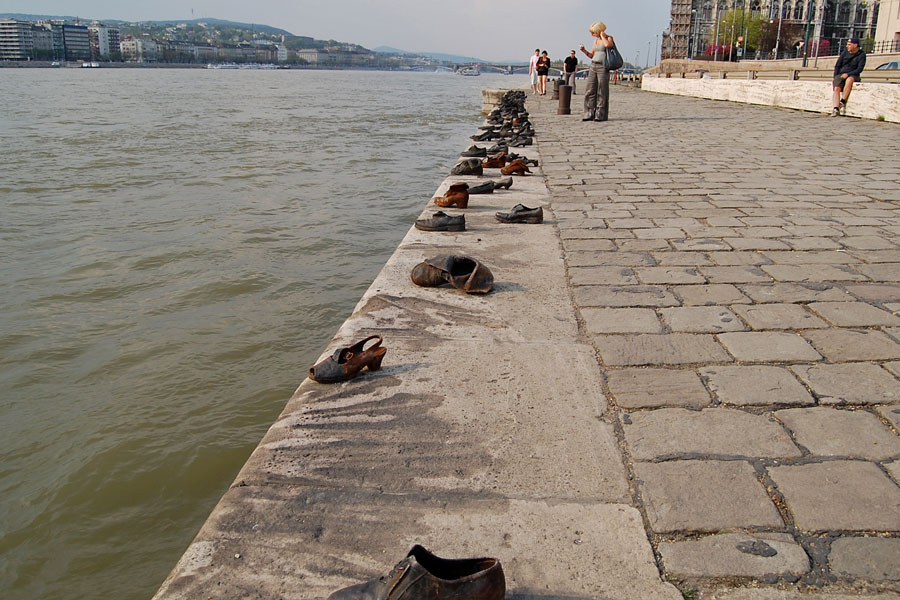 These cast iron shoes give remembrance to the Hungarian Jews who were ordered to take their shoes off before being executed on the banks of the Danube near the end of the Second World War. Profound in its simplicity and symbolism.

Budapest is full of architectural specimen of different styles. Our records did not capture what this next building is famous for, if anything, but the contrast with the neighboring late-20-century apartment building is quite interesting. 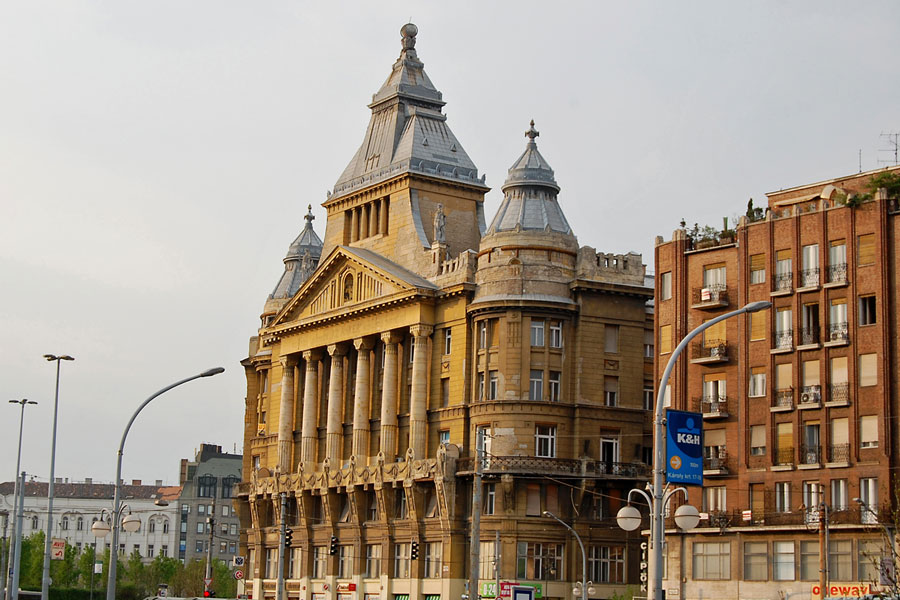 And here is one of the better-known examples of Art Nouveau architecture in Budapest, the Gresham Palace, a hotel nowadays. 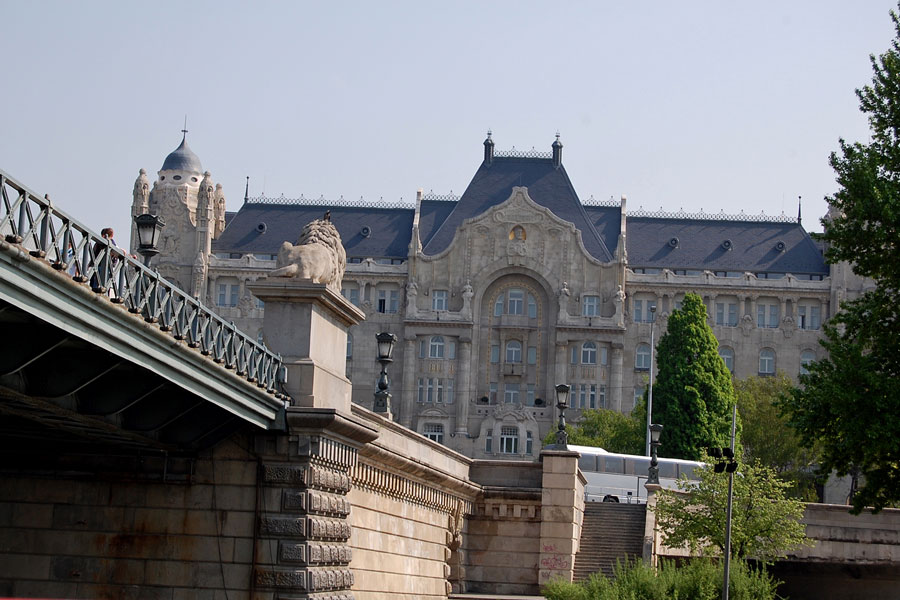 The palace sits in front of the Chain Bridge, another one of the symbolic sights of the city. 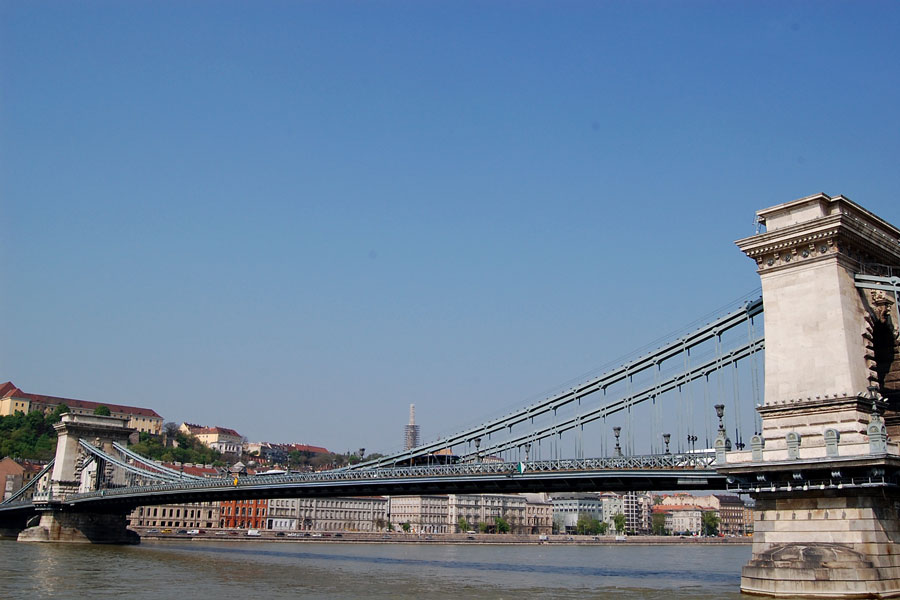 Ironically, I do not find the bridge especially breathtaking, while giving it props for being the first suspension bridge over Danube built in the middle of 19th century. Maybe, I’ve seen too many bridges.

But I surely have not seen enough of Budapest. To be corrected eventually.