My favorite sights of Vienna

Once upon a time, before digital cameras and for the first couple of years after converting to digital, our approach to travel photography was:

Let’s take a lot of pictures of ourselves in front of interesting sights, and buy plenty of postcards depicting those sights in their resplendent beauty. The simple rationale was that there was no way we could take exceptional-quality shots with our low-end travel equipment, so why waste the film – and later, the limited storage capacity –

on attempts to capture something grand.

Our only to-date visit to Vienna occurred during that period. Although the Austrian capital is one of my favorite cities in the world, we do not have any meaningful Viennese landscapes authored by us in our archives.

What we do have is a veritable gallery of my lovely wife posing in front of various important landmarks, such as the shot of her on the square in front of the breathtaking Town Hall building (on the right), or with the remarkable and unusual St Charles’s Church prominently in the background (on the left).

Then, there is the next shot, which does feature the Rathaus again, but is a hands-down favorite for reasons that transcend the location or the majestic architecture. 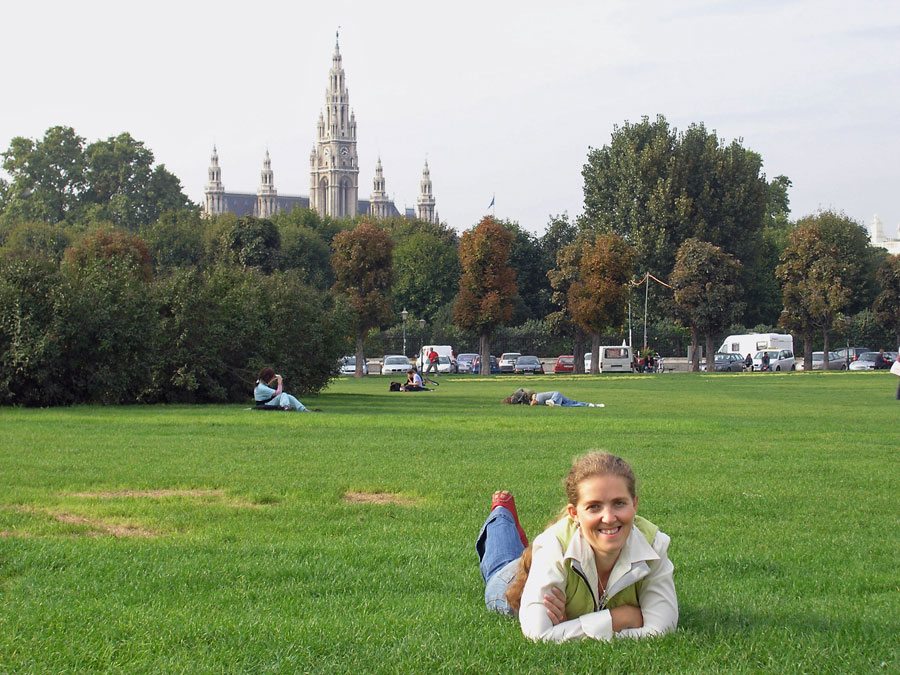 It was taken on the meadow that comprise part of Heidenplatz, the huge open public space outside of the Royal Palace.

Among the impressive architectural landmarks, the Burgtheater holds its own place well. 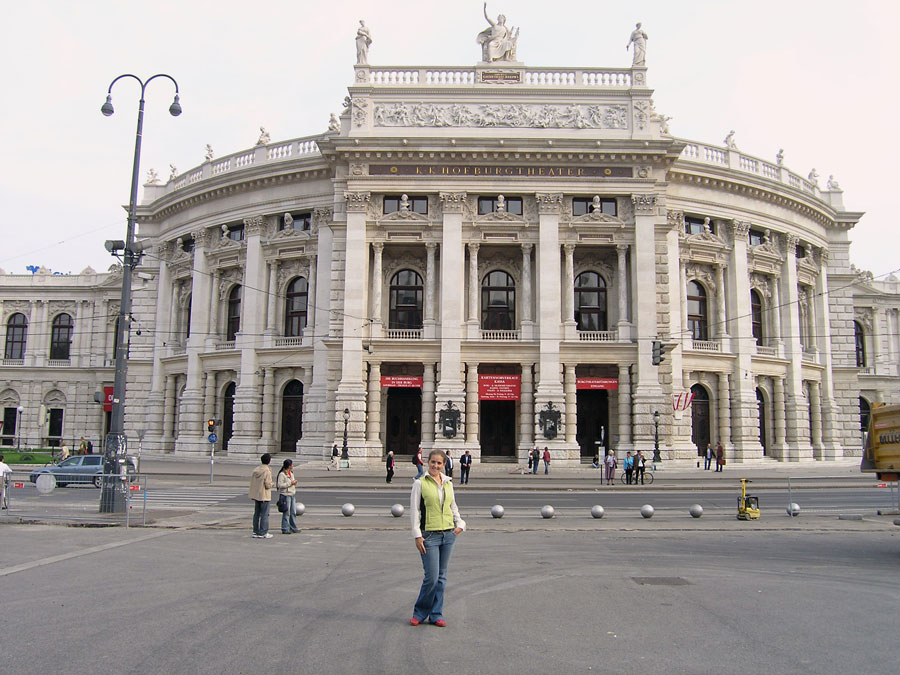 The next shot is not of any specific sight, taken on the elevated landing next to the Albertina Palace. Rather, it gives a reasonable illustration of what the architecture of the Imperial core of the city looks like. 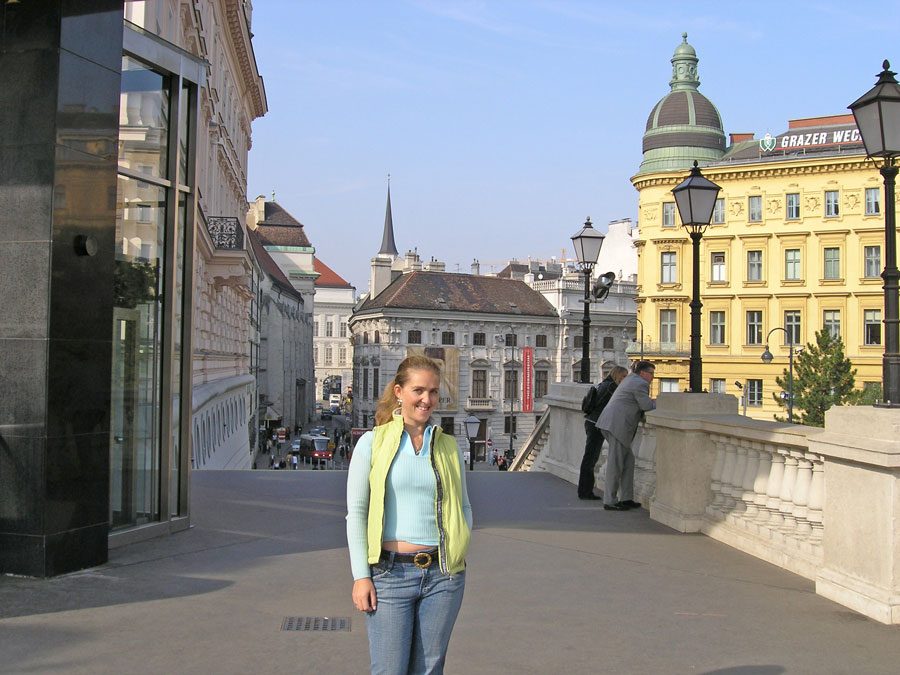 Another such illustration, in another part of the historic Innere Stadt, can be seen on the shot taken at Judenplatz. 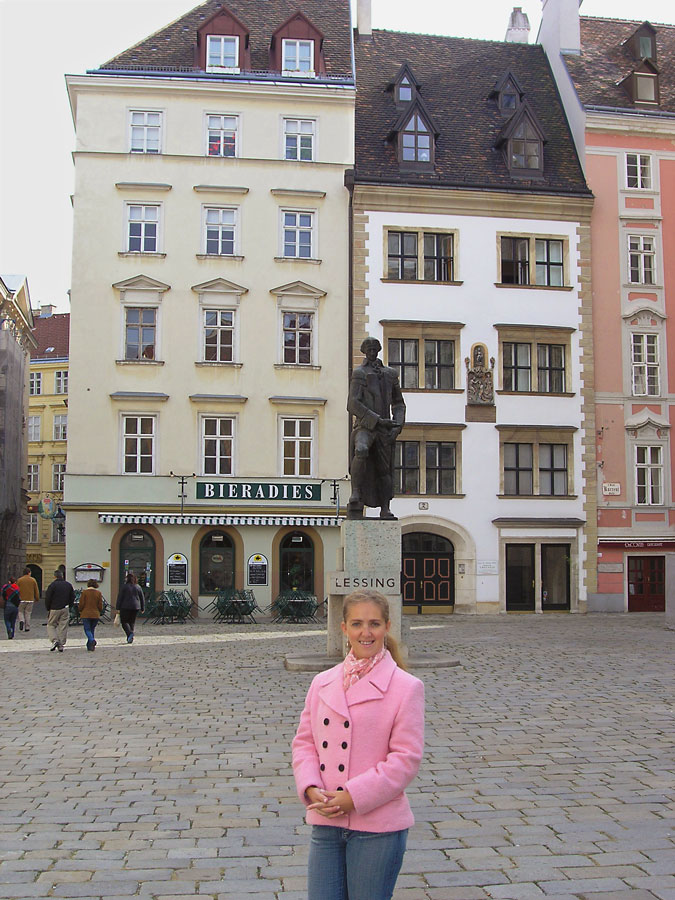 And here is the collage I once made from postcards that brilliantly reveal those major Viennese sights. In addition to Rathaus, Karlskirche and Burgtheater that appeared in the shots above, there is also the famous Vienna State Opera House on the lower left. 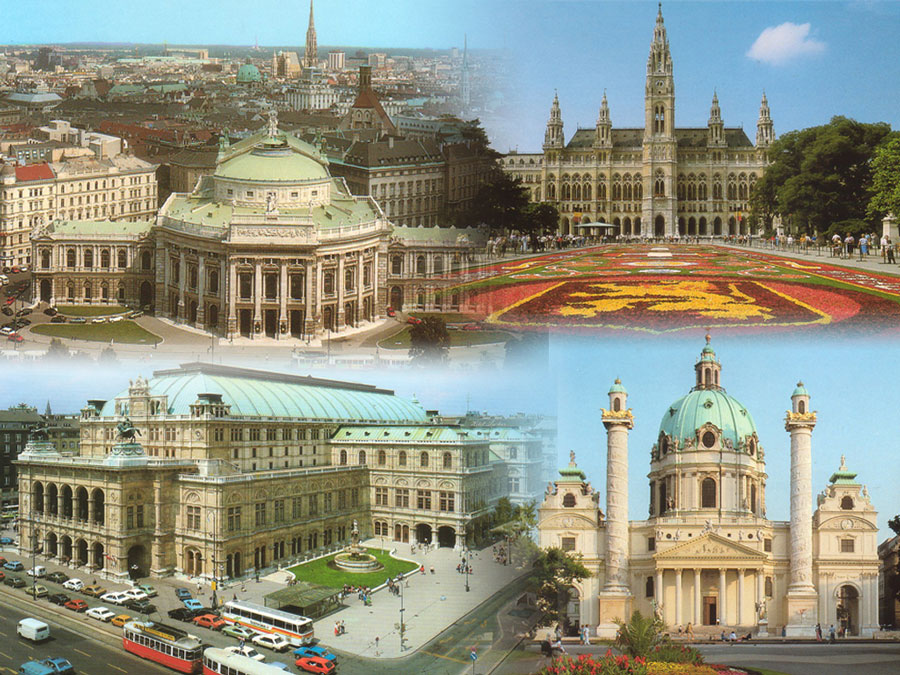 One day, we’ll make another journey to Vienna – and I’ll take hundreds of photos of its Inner City squares.