My favorite sights of Madrid

A second entry in a row brings me to a city that I undoubtedly like a lot, but somehow do not have a wide range of pictures of to share. With Madrid, the reason for that shortage is somewhat inexplicable, since we have hundreds of good-quality pictures taken there. But majority of them have us in the frame and those that do not fail to rise to the designation of my favorites.

So I am mostly left with various shots of one the central squares of Madrid, Plaza de Cibeles. Those I have aplenty. 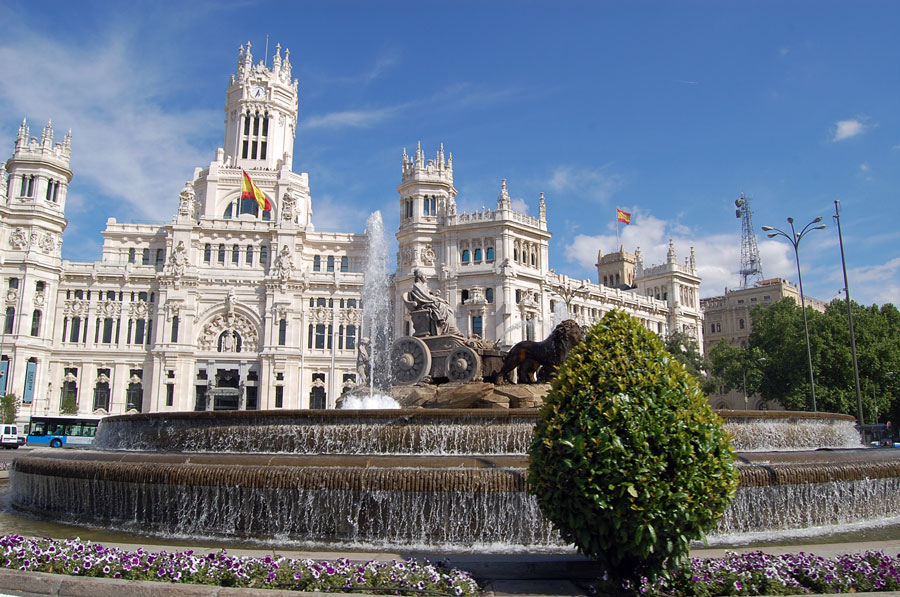 This is Fontana de Cibeles with the cathedral-like Palacio de Comunicaciones (also known more recently as Palacio de Cibeles) in the background. Probably one of the most famous and emblematic sights of Madrid.

On a number of grand squares in the Spanish capital, the fountains are out of the reach for pedestrians, sitting in the bulls-eye of the circular vehicular traffic. So the closest you can get to the magnificent Cibeles fountain is from the seat of a taxi, which is how the picture above was taken. A seconds-earlier-taken shot, from a different perspective, is below. 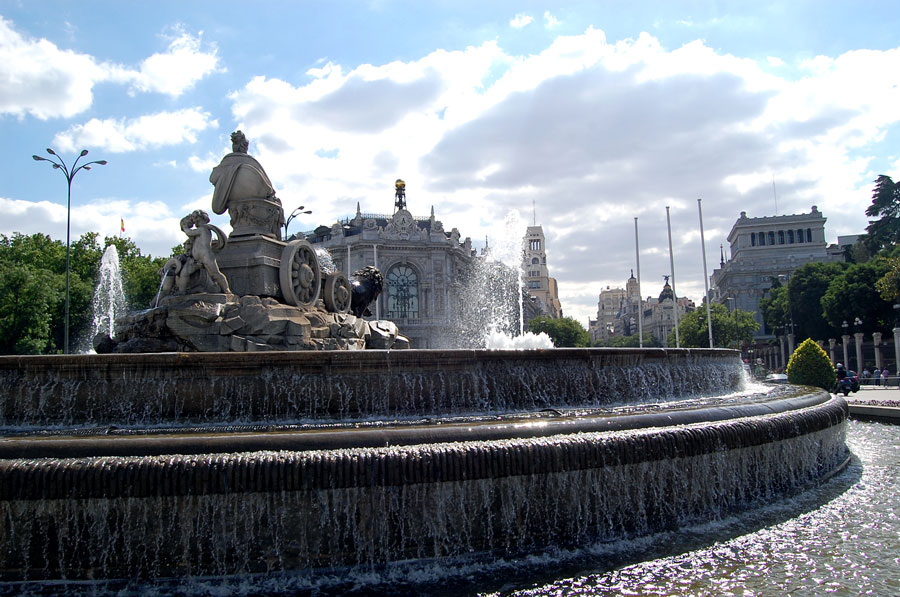 Here is what the plaza looks like from a pedestrian vintage point. 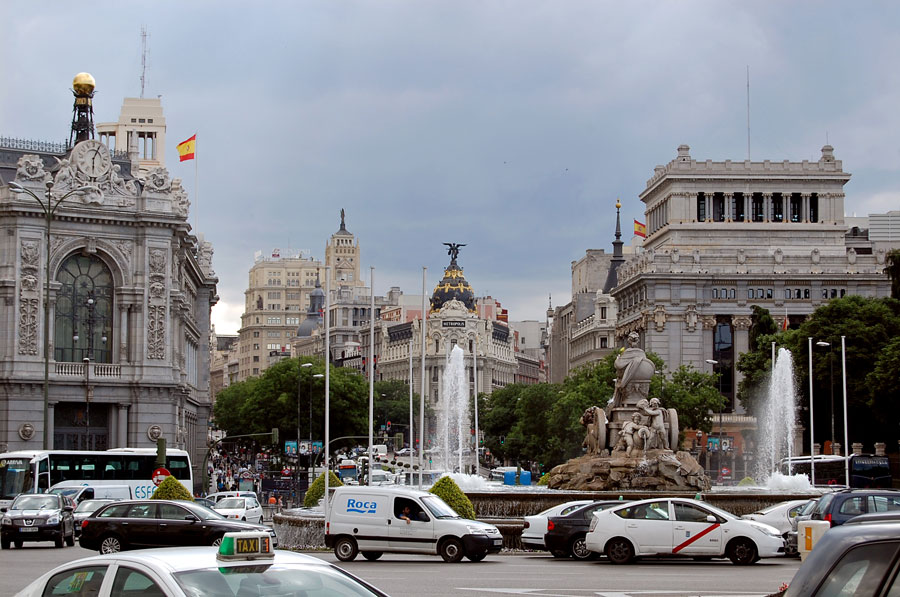 Beyond the fountain is the dome of Metropolis, one of the standout buildings in a dense architecturally-striking area, presiding over the convergence of Calle Gran Via and Calle de Alcalá.

And the next view is again the Cibeles Fountain, as seen from the lookout platform at the high point of the Cibeles Palace. 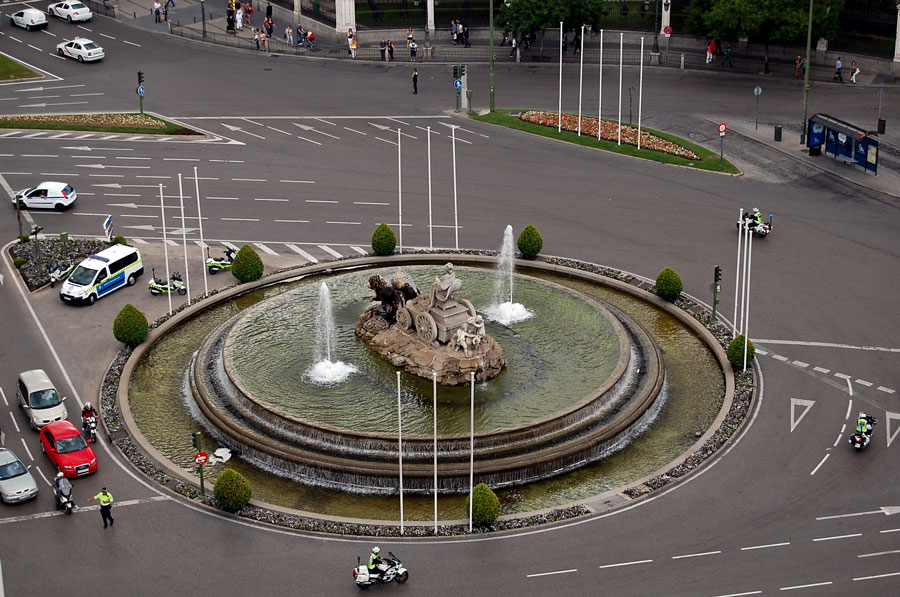 I couldn’t leave just one single location named as my favorite in a city as beautiful as Madrid. So here is another lovely sight: Natasha by the boating lake in the main public park of the city, Parque del Retiro. 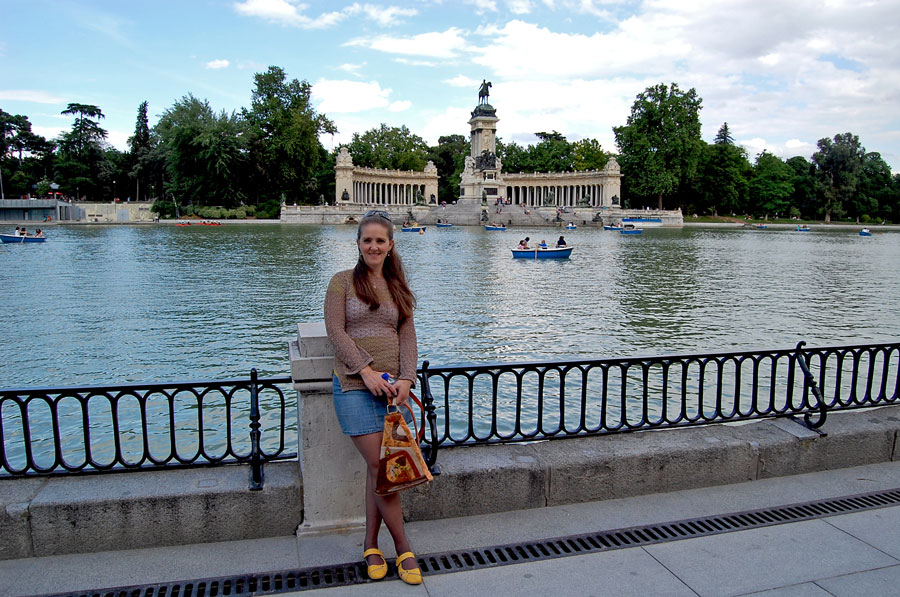 Definitely one of my favorites!