I don’t get these victory parades. You stand in the crowd for several hours. You block passage for people who actually have business walking down the streets that the mob you’re part of is blocking. You have to exercise a significant bladder control above and beyond your normal exertion. And then a bunch of double-decker buses with people whom you’ve never seen in your life goes by, interspersed with some marching bands. And a few floats carrying your conquering heroes. Only the floats move at such a brisk pace that you can at best get just a glimpse of the people you came to see. Total cumulative amount of gratification: sixty seconds, tops.

I guess I am just not a hard-core fan, for all of my overall interest in sports.

The bright side for me and my co-workers was in the fact that the office windows come out directly onto the parade route. So, for about an hour, everyone including senior managers dropped what they were doing and lined up by those windows. A nice break. I made a few dozen shots, but none were exciting. I am posting one picture solely as a proof of participation. 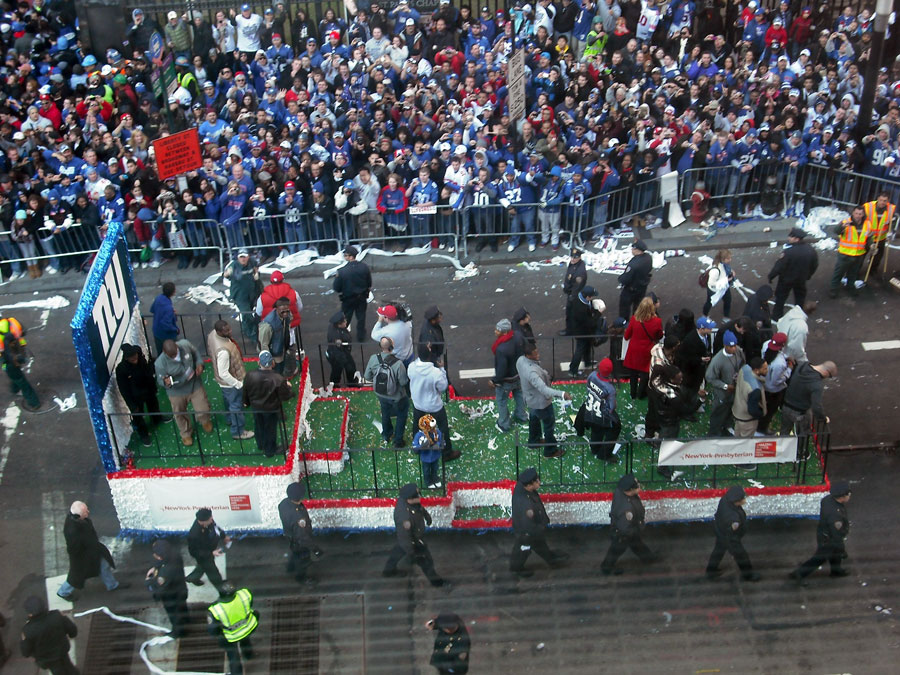