The bonus side effect of my recently started new series is that perusing our photo archives I come across an occasional cool picture that I never posted anywhere.

For instance, here is a shot of a pavement artist at work. It was taken in Florence, but could have been taken in any number of locales, as pavement chalk art is a frequent phenomenon in major European cities. 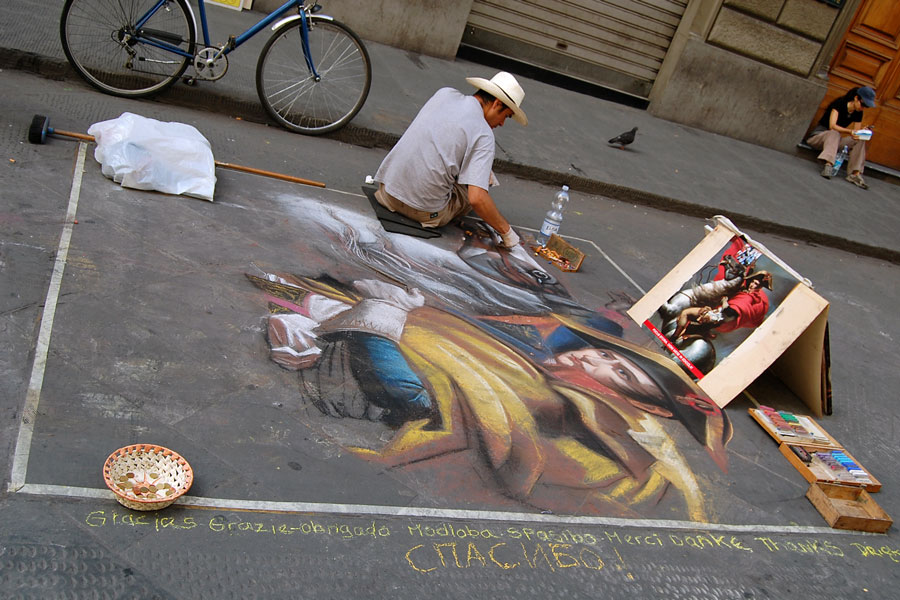 Of course, I suspect that this shot was taken specifically because of the words of gratitude for donations appearing below the drawing. The artist had used Latin alphabet to write thank-yous in a number of languages. Then a Russian-speaking passerby must have taken offense of seeing spasibo spelled with Latin letters and provided the correct Cyrillic spelling.