My favorite sights of Munich

Munich does not break into my top tier of favorite cities. I’ve only been there once for a few days, I liked it well enough, it is lively and welcoming, but I do not find it exceptionally beautiful or uncommonly impressive. Perusing my photo archives, I am struck by the realization that we did not take many “grand view” pictures while we were in Munich, instead snapping a lot of “been there” ones with our own selves in the foreground. That signifies to me that for all of the abundance of interesting edifices around the city, we rated very few of them as worth photographing on their own.

Nonetheless, one of my all-time favorite architectural compositions in our archives comes from Munich. Taken on Odeonsplatz, it contrasts the grey color of Feldherrnhalle with the exuberance of Theatinerkirche (aka St Cajetan), reaching up to the clouds in the blue sky. 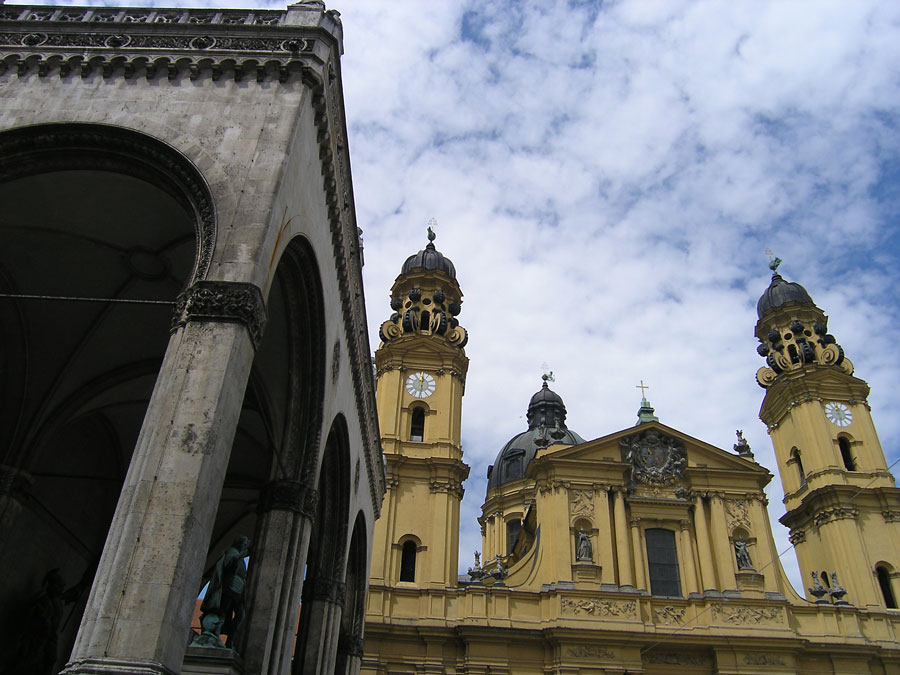 Munich’s main square, Marienplatz, is probably worth a detailed photo exploration, but as much as I enjoyed lingering there, it has been commemorated in our photo galleries only as the background. The building behind Natasha and to the right is called the New Town Hall, even though its late 19th-century façade looks remarkably older than that of nearby Old Town Hall (which is situated in the opposite direction), which was built in the 15th century but rebuilt in early 20th. The twin copper onion domes way in the back belong to Frauenkirche, one of the most majestic buildings in Munich. 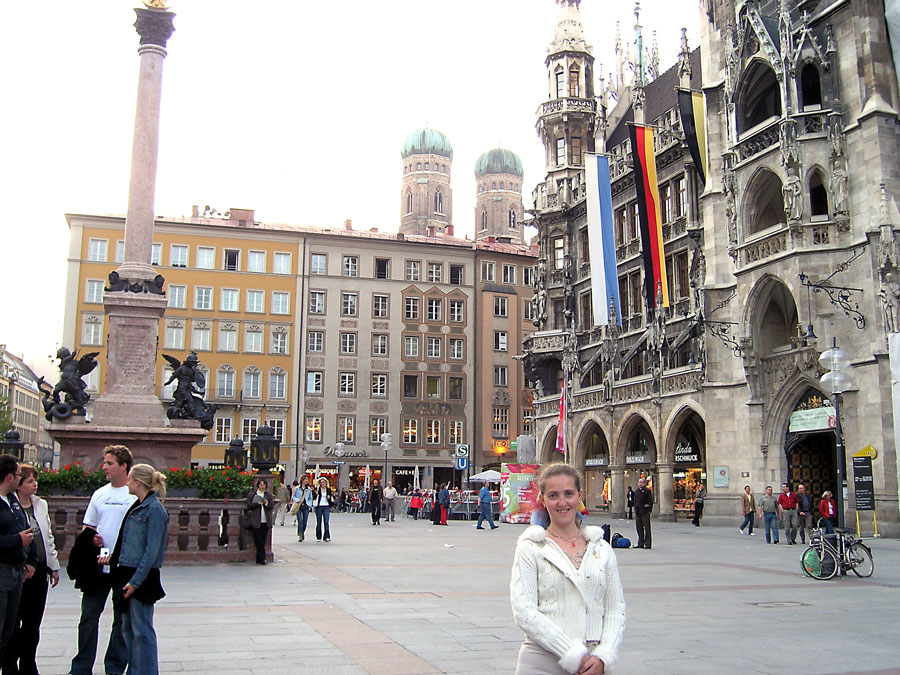 Close by Marienplatz is Viktualenmarkt, the main city’s marketplace and a must to visit for any tourist. Not just for the browsing experience. Come in the morning, find yourselves a table at one of the local eateries, and enjoy a true Bavarian breakfast of weisswurst and beer. As the sausages are very perishable, they are made fresh each morning and never served later than noon; therefore, you can only enjoy them for breakfast or brunch. Our friend and erstwhile Munich resident Emil insisted that it was an experience not to miss, and he was right. 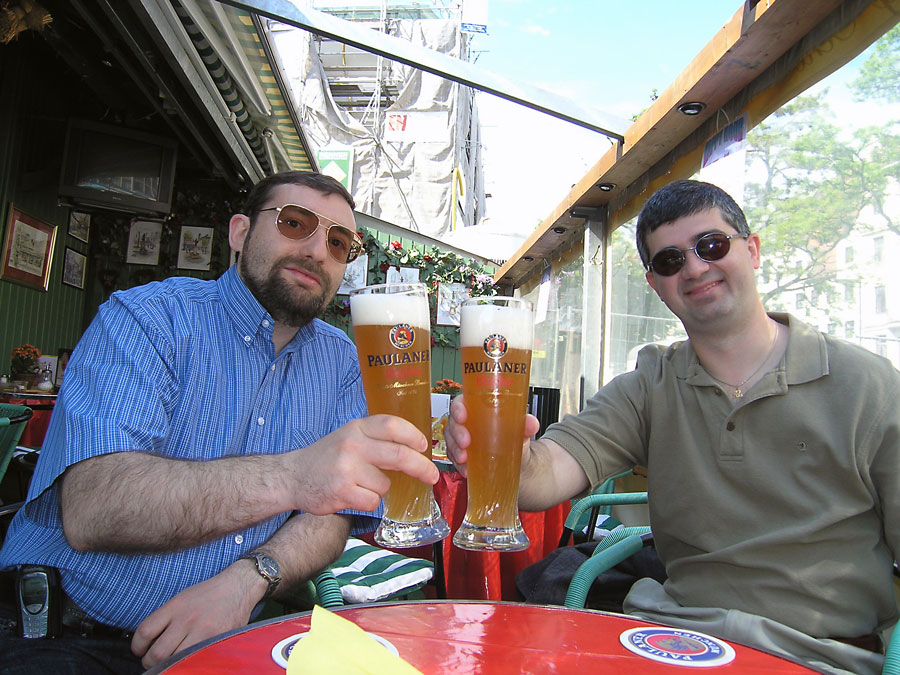 Going to a biergarten is another one of those quintessential Bavarian experiences. Here I am, at Hirschgarten, with quite possibly more beer than I would ever normally have. 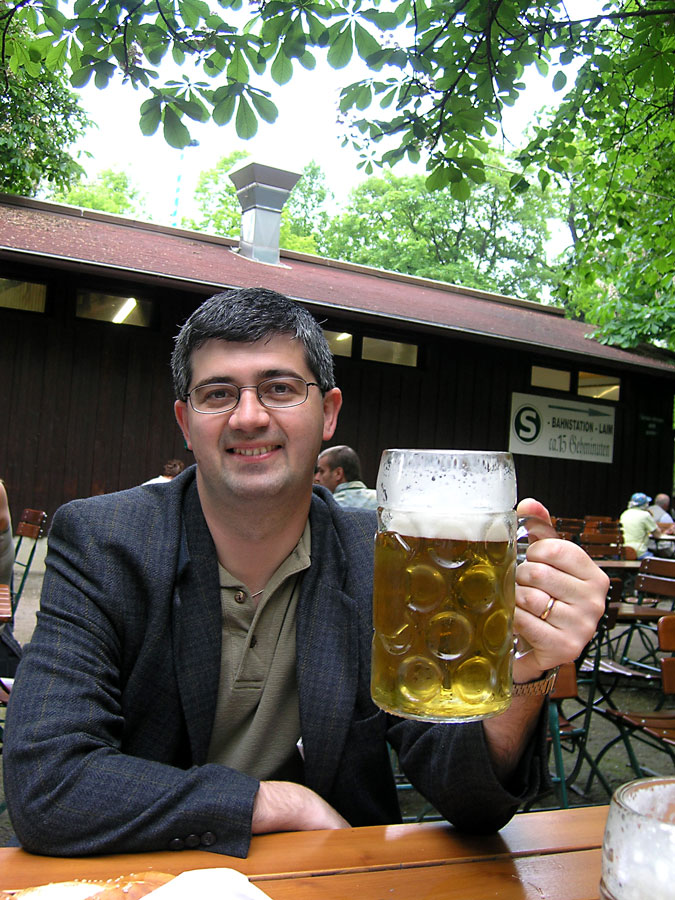