On a nowadays rare workday spent in Manhattan, I had a chance to stroll through Bryant Park in New York Midtown. Around lunchtime, it held a City Library-sponsored book reading in one corner and a musical performance in another. Some people played ping-pong, while others idly lounged around.

In yet another corner, there was an impromptu juggling center. One guy juggled tennis balls, two more guys practiced juggling clubs, but the center was taken up by a group of four people who toss-juggled clubs in a square-and-diagonals pattern. They weren’t exceptionally good, but they kept trying over and over again.

I had a hard time catching them in a nice shot, and did not really succeed. But one detail can be rather clearly seen in this shot. Two of the four were dressed in an office attire, marking them as office-dwellers who came out to play during lunch. I found the concept of going for a juggling exercise during lunch fascinating. 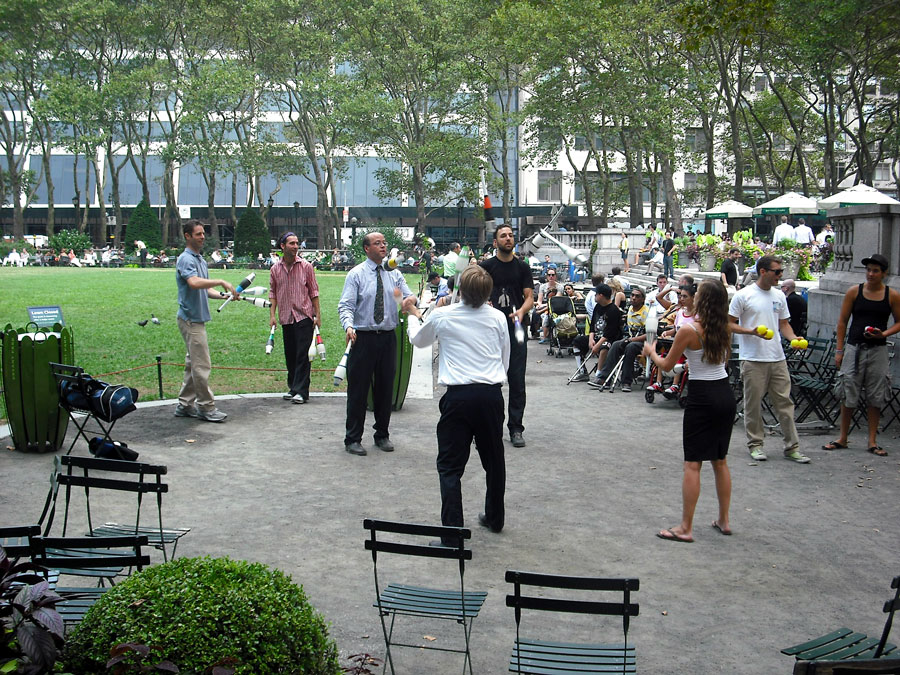