It’s been a long time since our resident chef made a guest appearance on the blog. It was not that we did not have culinary experiments during that time, it is simply that we did not bother to take pictures and write up recipes.

Correcting that oversight, here is rather modestly named chicken with shrimp (it sounds more sophisticated in French: Poulet aux Crevettes). Trust me, there is nothing bland about this dish.

Here is what it looks like in the pan when ready: 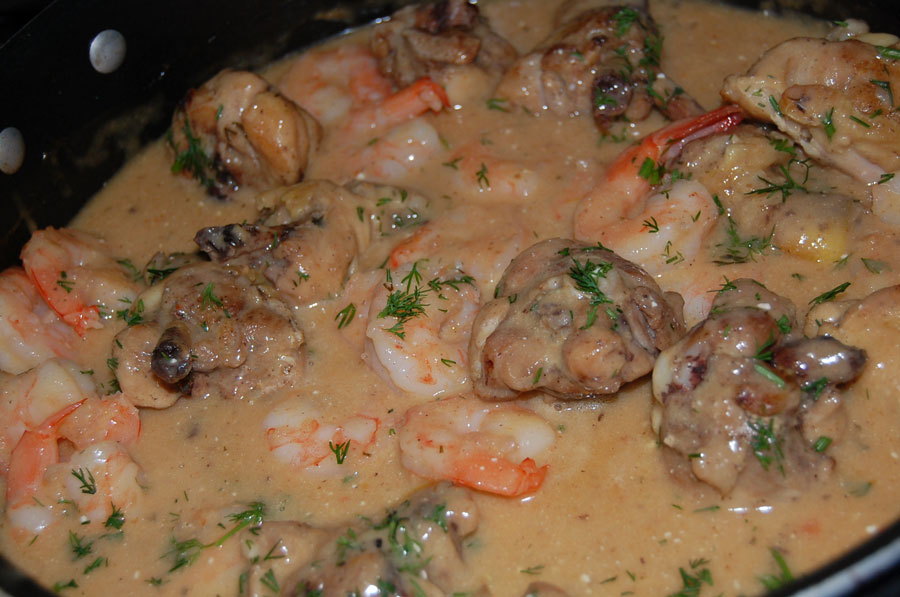 Here is what it looks like served on a plate: 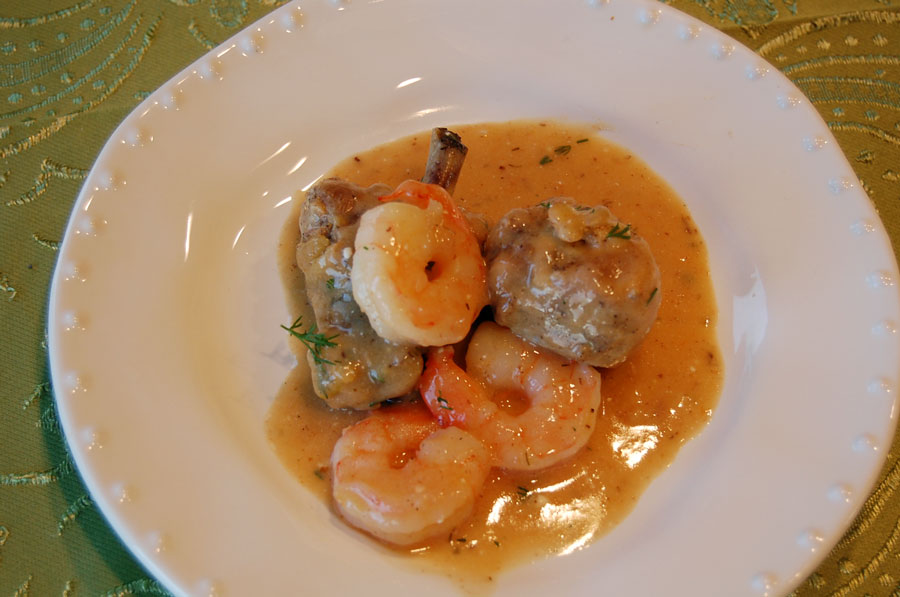 Have pieces of bread prepared to wipe off the sauce from your plate! You will not be able to resist!

Posted in Who's Hungry?