I am starting to dislike Manhattan just a bit again. The main reason is this: 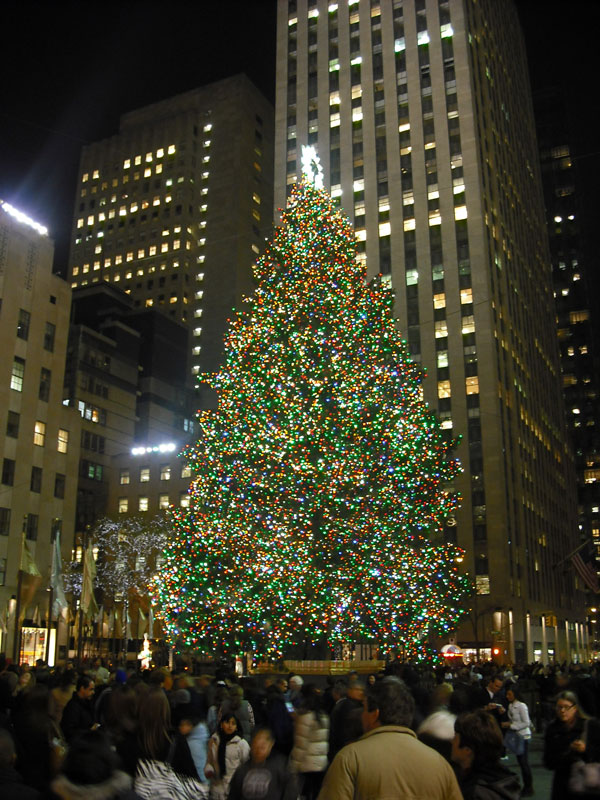 The damn thing stands practically in front of the building where I work, and is surrounded by so many gawkers that it makes it a challenge to get through, especially at the end of day. And overall, during the winter holidays, New York City is too overrun by tourists for my taste. Hooray for being able to occasionally telecommute!

On the plus side, we could see the whole tree lighting show from our office windows last week. It made for a nice little office party, attended by several families. Brian has a photo report on what we saw.