And so our last sightseeing trip of the London era is now in the past. It was fantastic and fulfilling, as almost every other of our trips has ever been, and it took us back – or for the first time, for kids, – to two cities that are subject to our warmest affections.

Venice was as magnificent as we recalled.

I’ll be the first to point out the hordes of tourists as one of the biggest negative factors for any destination (very hypocritical of me, if you think about it, since I have no claim to not being a tourist myself), and on the main routes through Venice, away from the expanse of St Mark’s Square, in narrow streets and not very wide bridges, the crowd effect becomes horribly exaggerated. I’ll also concede that when the temperatures rise, plenty of canals start emanating strong smell of sewage. Those are serious and valid complaints frequently heard from people who leave Venice not exactly besotted with it.

All I can say to that is this: Get up at six in the morning one day, get on the slow Linea 1 vaporetto that runs the length of the Grand Canal, try to commandeer one of the few seats near the bow, and watch the rising sun illuminate palazzi that line the canal. If you do not end up mesmerized by what you see – forgive me for being blunt – I don’t know why you bother to travel to foreign destinations at all.

Or get into a gondola for a ride along narrow lesser waterways. Get over your misplaced condescension of this being a “corny” activity. Just do it. Maybe you’ll find the experience of noiselessly gliding under arched bridges in a sleek vessel incredibly romantic, maybe not. But you’ll have to be fascinated by the attributes of a lifestyle truly dependent on those little waterways, which you cannot get close enough to observe in any other way. And what is the purpose of travel if not to be fascinated with things that you cannot see at home?

Or simply get lost in the city. Forget about sights to see, just walk randomly in any direction without consulting the map. I bet you’ll come across of dozens of picturesque and evocative spots within a short period of time. A tiny bridge over a narrow colorful canal here, a quiet campiello with a striking little church there. If you are not delighted by what you see… uhm, I’m getting this-close to labelling you in an unflattering way.

We did all of that, and more. Many things were discovered, some things were discovered anew. We tried to build the itinerary to include as many sights and locales that we did not visit on our first trip to Venice years ago, but we covered all of the “must-see” points as well, for children’s sake. More importantly, we walked all over the city, used all various modes of water transport, explored islands in the lagoon, stepped into many churches, listened to music on St Mark’s, dined on fetching tucked-away little squares…

We did not want to leave. But the speed train eventually took us from La Serenissima to La Città Eterna.

It is hardly revelatory to state that Rome has untold treasures to offer to a willing visitor. There are thousands of years of history, although more is left to imagination than to actual seeing with your eyes when you view the ruins. (Pantheon is a notable and altogether remarkable exception – a well-preserved magnificent building that is almost two thousand years old.) There are dozens of arresting churches. There are unmissable attractions such as Castel Sant’Angelo. There is Vatican, with St Peter’s Cathedral and the most awesome square in front of it, as well as one of the top art museums in the world. There is quite a number of other museums and galleries.

And yet, what I adore most about this city is its squares and fountains. Spacious Piazza del Popolo; noisy Piazza di Spagna at the foot of eponymous stairway crowned by a requisite obelisk and a little church; splendid Piazza Navona with three fountains marking its elongated shape; crowded Piazza della Rotonda in front of the Pantheon; bustling Campo de’ Fiori; perpetually bursting at the seams piazza in front of the incomparable Fontana di Trevi; pompous Piazza Venezia with incongruous yet impressive “wedding cake” monument to the first king of the unified Italy; even not that impressive by itself Piazza Barberini with a beautiful Triton Fountain… Those are just the most famous ones. It would take too much time and space to account for all of the smaller ones that make me want to linger and enjoy.

Conversely, the streets that connect the squares are not overly attractive. Too many cars parked every which way, too few buildings of architectural note that are not looking out to squares of their own. But, since many of the squares and sights are in reasonable proximity to each other, Rome is an eminently walkable city as long as you are willing to keep your expectations in check while strolling the few blocks from one astonishing spot to another.

As in Venice, we tried to combine the need to show all of the must-see locations to our children with our desire to explore places that we left aside on our previous in-depth visit to the Italian capital. To achieve the former, we resorted to such heroic deeds as getting up really early to join the queue for the Vatican Museums an hour and half before its opening (by the time it opens, the line often stretches for several kilometers around Vatican walls and the wait time reaches three-four hours). But we managed enough of the not-seen-before sights to feel that we covered practically every major point of interest over the course of our overall stays there.

The updated Travelog notes on both Venice and Rome will be posted in near future, as always, but I am not sure when we will get to put up the photos from this trip, given how busy Natasha will be with relocation matters in the following weeks, with little time for Photoshoppery. To alleviate that a bit, here are two completely un-enhanced shots for your viewing pleasure. 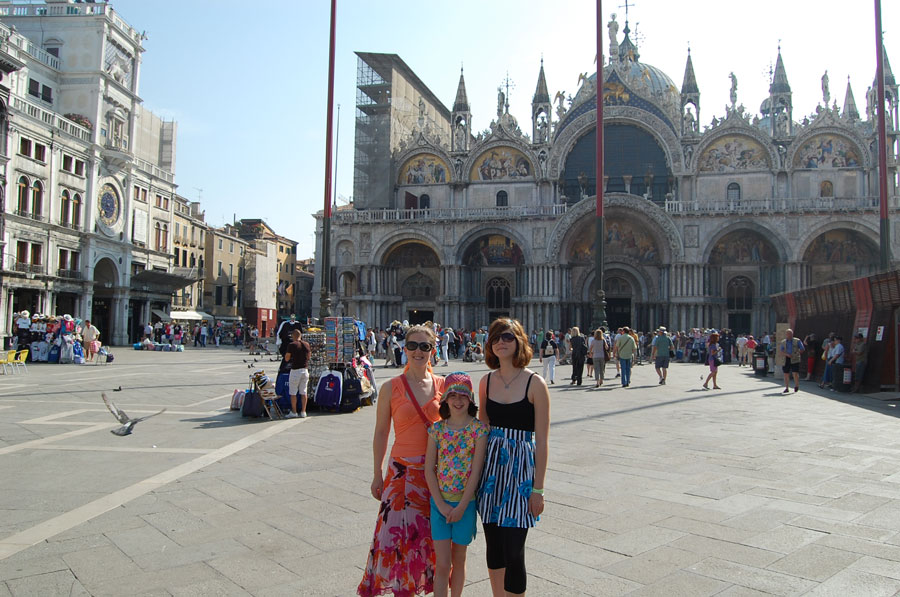 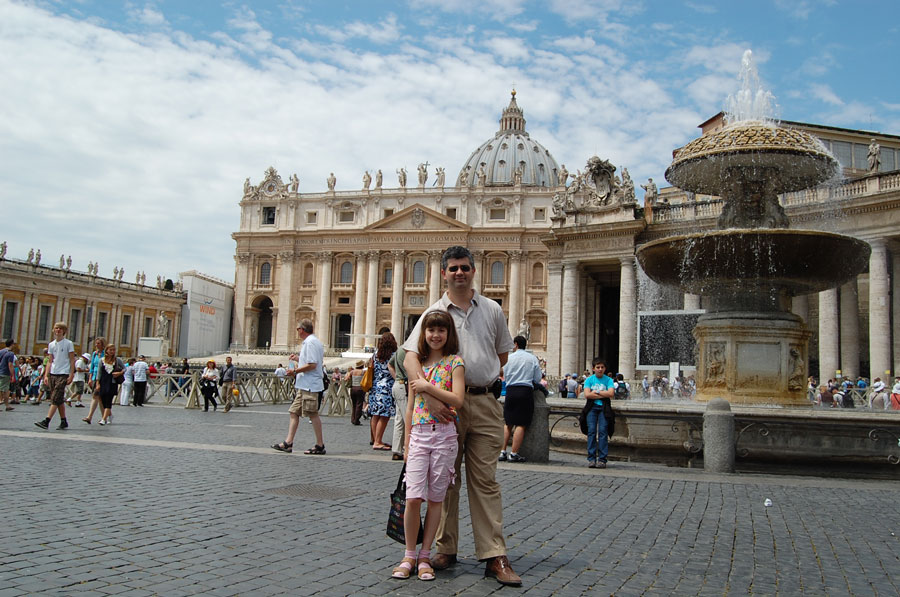 As has been our custom these last three years, I returned home from a late-spring trip a year older if not exactly wiser. The airlines and border controls did their best to make my birthday an unpleasant one, but that’s subject for a separate – and, I’m afraid, repetitive, coming from me, – rant for another day.

To all of you who called and wrote and sent their good wishes, I thank you from the bottom of my heart.