If this blog is any kind of a guidance, yesterday was only the third time in a year that I actually went to a cinema to watch a movie. I might as well give my brief expressions of that here. Since most people who are interested in Star Trek undoubtedly have read – or written themselves – tons of illuminating analysis of the movie elsewhere, and those not interested should have a fair chance of ignoring it altogether, I’m offering a warning: Proceed as you like. (There will be a few spoilers, too, in case you have not seen the movie.)

Let’s start with stating that I am not a die-hard Trekkie (or Trekker, whatever the right term is). For a few years after coming to America, I regularly watched The Next Generation series, and I’m fond of saying that it was an invaluable tool in my process of learning the English language, but as that series ended, so my interest waned. I watched enough of The Original Series episodes to be familiar with that lineage and I am pretty sure I have seen every one of the six movies with the TOS cast once each. I even went to the theater to see Generations movie, but I caught no more than occasional glimpses of subsequent ones. Nor have I ever gotten into other Trek TV series that ran in recent years (maybe, a season and a half of Deep Space Nine, a handful of episodes of Voyager, and not a single frame of Enterprise).

It only follows that I did not have any specific designs to see the latest Star Trek movie in a cinema. If the reviews from my friends who’d go watch it turned out good, I would be looking forward to seeing it on cable or DVD; otherwise, I would skip it altogether and not feel any pangs of regret.

But most of the reviews I’ve been reading over the past week or so were not just good, but rather enthusiastic. And, most importantly, Becky said the other day, “Dad, do you want to go see Star Trek together?” My next opportunity to go to the movies with my eldest would be the upcoming installment of Harry Potter, and even then she’d likely ditch me for her friends. So I happily jumped at the chance.

No regrets – I enjoyed the movie very much. As my friends’ reviews promised, it was a fast-paced and thrilling space adventure, packed with action, with just the right dosage of grave choices, destruction and heart-rending loss, but also plenty of well-timed humorous one-liners to keep it lively and likable. 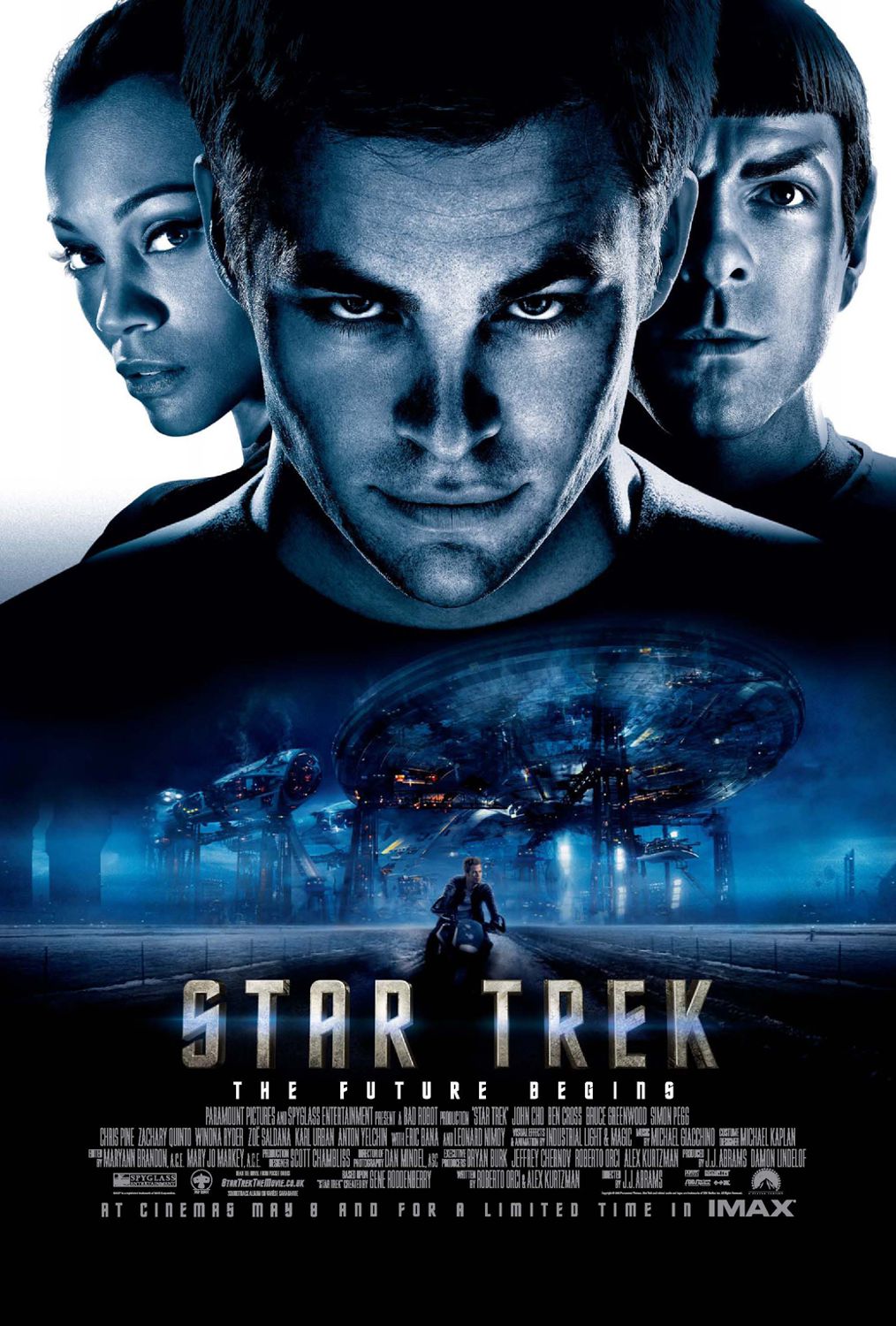 The cast did a flawless job in fleshing out the younger personalities of the main characters from The Original Series. Thankfully, each one of them had enough to work with script-wise, although, as convention demands, Kirk and Spock clearly had the most screen time and the fattest impact on the proceedings. Chekov, Sulu, McCoy, even Uhura, and especially Scotty, all have their own moments of coming to the front stage and letting us to get to know them for more than just “main supporting cast”.

The story is typical Trek, with an unfamiliar space phenomenon causing the disruptions in time-space continuum, both giving justification for the collision of life stories of the key characters and leading to the impending ultimate disaster. The bad guy made a requisite error in judgement by not taking an effort to destroy the Enterprise, even though it was never directly implied that the ship could withstand a prolonged confrontation with Nero’s monstrous spaceship. The good guys managed a few of those last-possible-millisecond feats that always prove to be decisive. All good fun.

Unlike some of the people whose reviews I have read, I thought that using terms like “red matter” or “lightning storm” instead of the undecipherable technobabble that so often had cropped up in the TV series actually dumbed down the proceedings a bit. I recognize how pseudo-science annoys engineers and astro-physicists in the audience; I am no less annoyed by absence of any science behind a key element of the proceedings in a technologically- and scientifically-advanced setting.

In the end, my biggest problem with the movie was the liberties the script took in putting the main characters where they needed to be for the story to work. What would be the reason for Uhura, Captain Pike and a group of Starfleet cadets to be in Iowa? Were there any qualifications that suspended-from-duty Kirk exhibited to be elevated to the First Officer by Pike over all of the graduates of the Academy that undoubtedly served on the ship, no matter how much the movie (and practically every installment of TOS or TNG series) wants us to believe that only seven or so people on the entire Enterprise are capable of doing anything beyond dying while wearing a red shirt? Could an acting captain of the Starfleet ship – with all of those regulations around – really throw a mutineer overboard to be marooned, if not killed, on an inhospitable planet? With not one but two different species of dangerous animals possibly waiting for them outside the cave that they’ve been hiding in, could two people actually cross the desolate land to reach safety? Is making a daring decision or two and doing a reasonably successful job in commando mode enough to be elevated from a cadet straight to Captain after a single mission? For that matter, is a momentous decision to elevate a cadet to First Officer coupled with stoicism while being the prisoner of the enemy enough to qualify a Captain for the Admiral rank?

There were enough of these “how does that make sense?” moments in the movie to disrupt my immersion in the proceedings. Nonetheless, the entertainment value was tremendous, the action sequences breathtaking, the scenery gorgeous, the acting crisp – on balance, solid four stars.

One moment in the movie only a native Russian speaker could truly appreciate. After Chekov successfully beams Kirk and Sulu back to the ship while they are falling to the ground at great speed, he punctuates his tour de force with a resounding “Ё-моё!” Etymologically rooted in a Russian obscenity, one of the proper meanings of this vernacular expression is “I’ll be damned!!”