From my little backlog of pictures taken with the expressed goal of eventually being published here on the blog, here is a view of the Canary Wharf financial district from the Grand Square of the Old Royal Naval College in Greenwich. Only 20 years ago, there were no skyscrapers in the Docklands area; the tallest of Canary Wharf’s buildings – actually, the tallest building in Britain, – One Canada Place (the one with the triangular “hat”), was finished in 1990.

On the left edge of the picture is the little circular building – the north-side entrance to the Greenwich Foot Tunnel, a pedestrian crossing under the Thames. The south-side entrance is several hundred yards to the left from where this picture was taken. 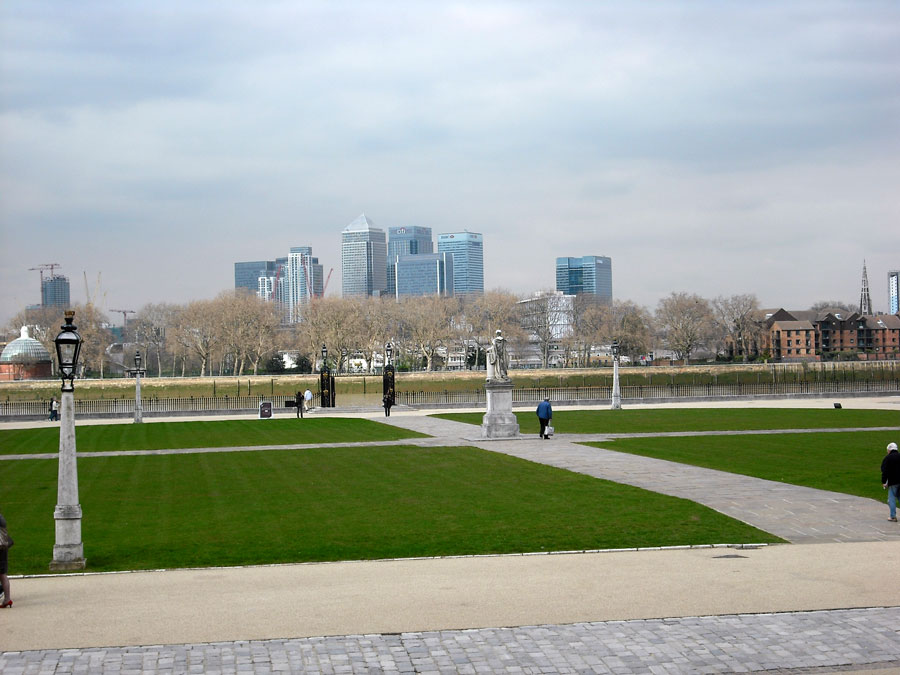 The Grand Square is part of the processional route from the river to the Queen’s House that is behind us in this perspective. At the insistence of Queen Mary, the Royal Naval Hospital (it would become a navy college almost 200 years after it was constructed) was built in a way that would not obstruct the view of the river from the queen’s residence. You can see the panoramic view of the complex here.