Continuing with our walk around London sights (previous entry is here), we come to the Parliament Square. Despite the fact that it is one of the busiest traffic circles in central London, the actual square in the middle – obscured by the bus in the picture, unfortunately, – is a pleasant place to linger in, with an unobstructed view to the Parliament and the Big Ben, as well as the Westminster Abbey and St Margaret’s Westminster to the right (not in this shot’s perspective). 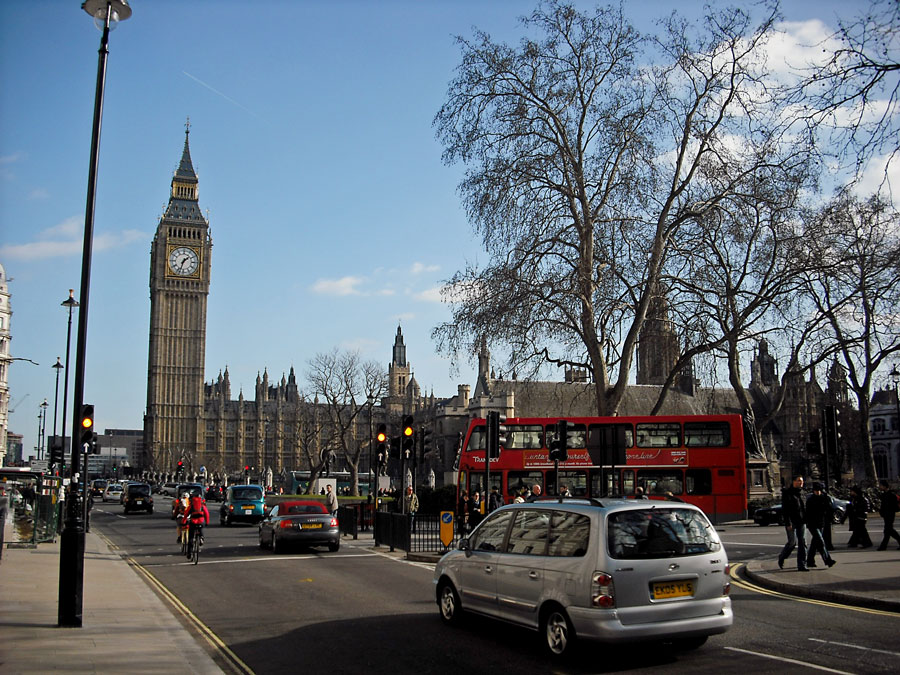 And here is just the Big Ben against blue sky. Do you know that the name is not of the tower itself, but rather of its large bell? 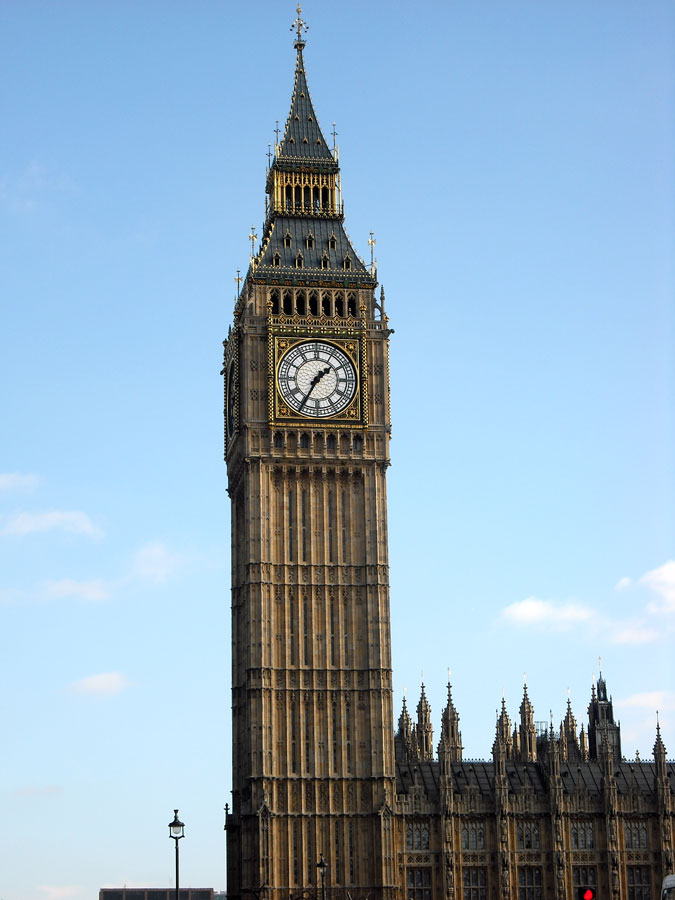