We have seen dozens of royal palaces around Europe, and the Buckingham Palace in London is one of the outwardly dullest of them, grey, blocky, and all. (The interior is quite impressive, though, if you ever manage to visit it during the two months in the summer that the palace is open to tourists.) But together with the Queen Victoria Memorial in front of its gates, it is still an impressive and lively sight. 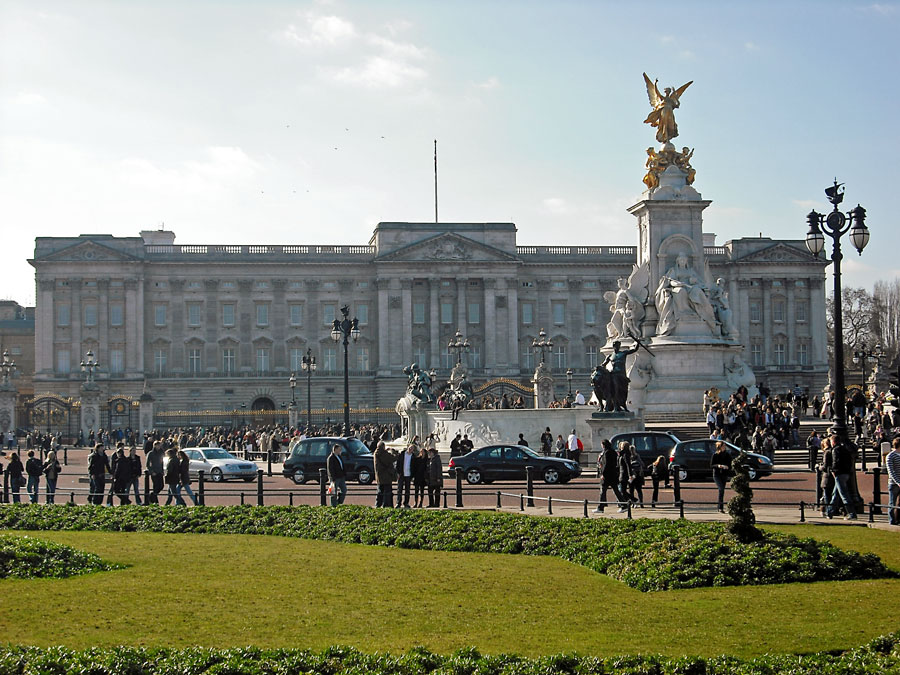 Just a couple of hundred yards from the royal residence is the residence of the longest monarch-in-waiting in history. Clarence House, as the abode of Prince Charles’s is known, is guarded by these gallant sentries. You can get much closer to them than to their colleagues at Buckingham. (The closest you can get to such a guard that I know – to the point of taking your picture with them – is at the Whitehall Admiralty gate and at the Royal Jewel collection in the Tower of London.) 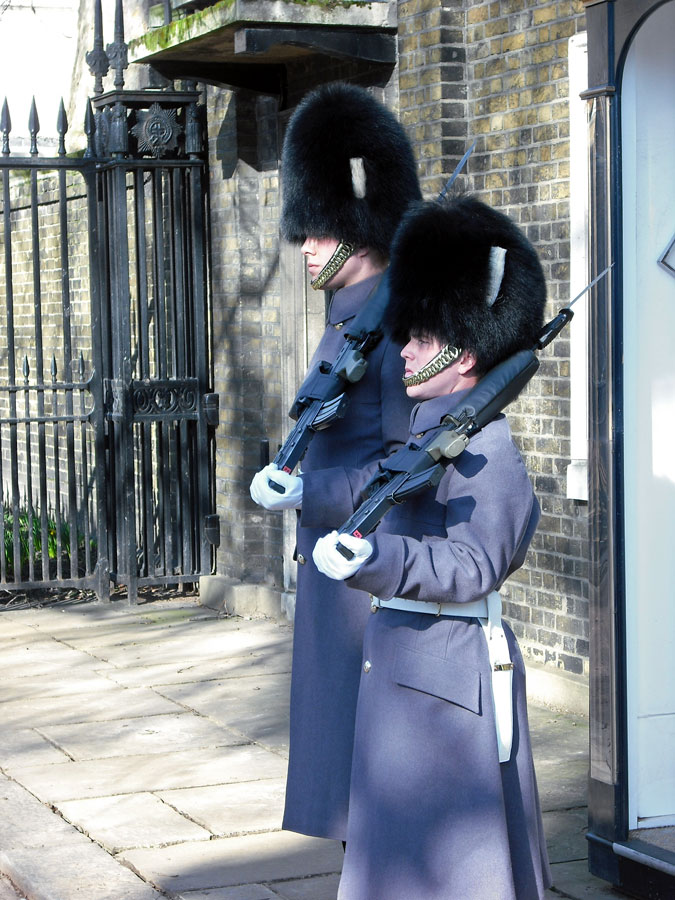 The previous entry in this series is here.