This little project has been years in the making.

When I worked on the movie about our first Paris trip, in 2002, the well-known Russian pop song (called “Walking about Paris”) was the obvious choice for an opening segment. Unfortunately, I realized that we did not tape a single scene related to the song lyrics then. Making a separate music video for the song became an item on my “someday” list.

A couple of visits to Paris later, in May of 2007, we finally got to taping necessary footage. Becky was enlisted as a principal camera-person and, during our wanderings about the city, she recorded Natasha and me walking around various sights.

Still, I did not get into the mood for movie-making for almost two years afterwards. But Natasha kept prodding me, and I eventually produced a reasonable piece of work, offered for your discerning appreciation herewith. 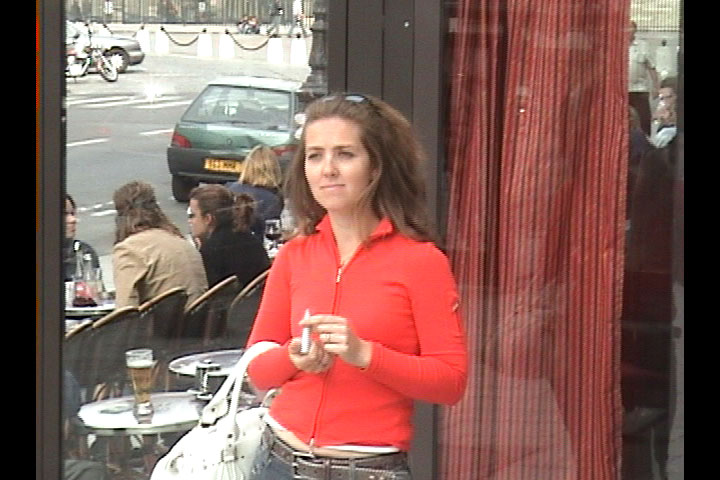 P.S. I realize that my non-Russian-speaking audience will find this clip less enjoyable, not being able to understand the lyrics. My apologies for that. To alleviate that a bit, here is a rough translation:

I dream of being in Paris and being in love.
I see you standing by a café.
I know a little French, so I say Hello and walk with you.

Chorus
Noon. Summer. We walk about Paris.
I’d like to get to know you better,
So let’s sit down at a café.
But I only have five coins in my pocket.

Undeterred, like a true Frenchman, I tell the waiter to mail the bill to me.
When there is no money, there is no love.
I better go to Syktyvkar (a town on Russian periphery, chosen here because of the rhyme),
So that I can save up.