We are snowed in

What they say is the biggest snowfall in London area since 1991 produced a phenomenon that we started to forget: Snow that stays on the ground. More of it than I’ve seen in all of my three winters in UK combined so far. As I’m typing this in the morning, the snowflakes are starting to come down again, so who knows… Winter came to these shores.

The buses are not running, nor do the commuter trains on our line. The schools are closed – at least, Becky’s school issued a message that it is; in Kimmy’s case, Natasha made an executive decision that she did not want to drive on these roads. I was planning to work from home anyway. It’s a good old-fashioned snow day!

Natasha and the girls took full advantage of the falling snow in our back garden last night. Made a snowman, of course. His name is King George. I have no idea why. 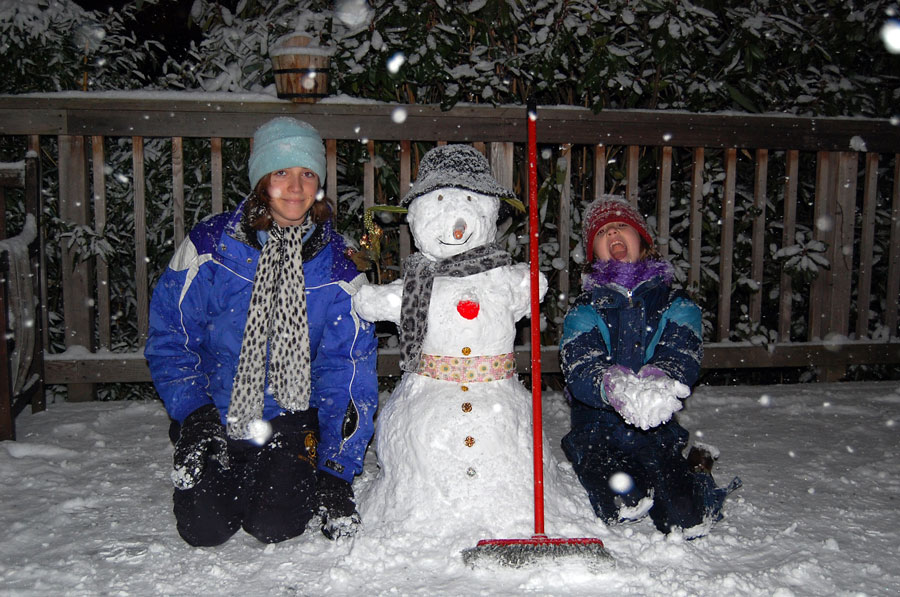 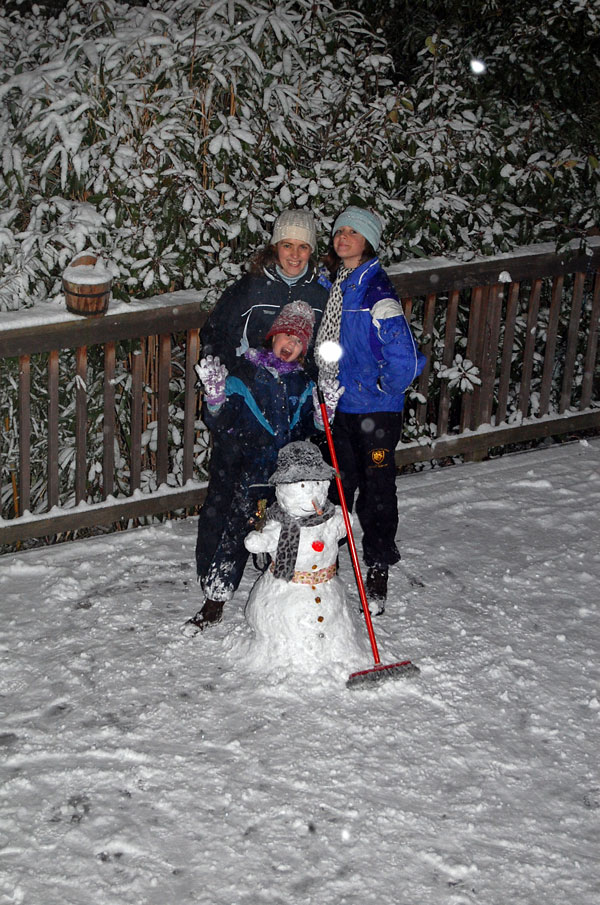 This is what our garden looked like last night. 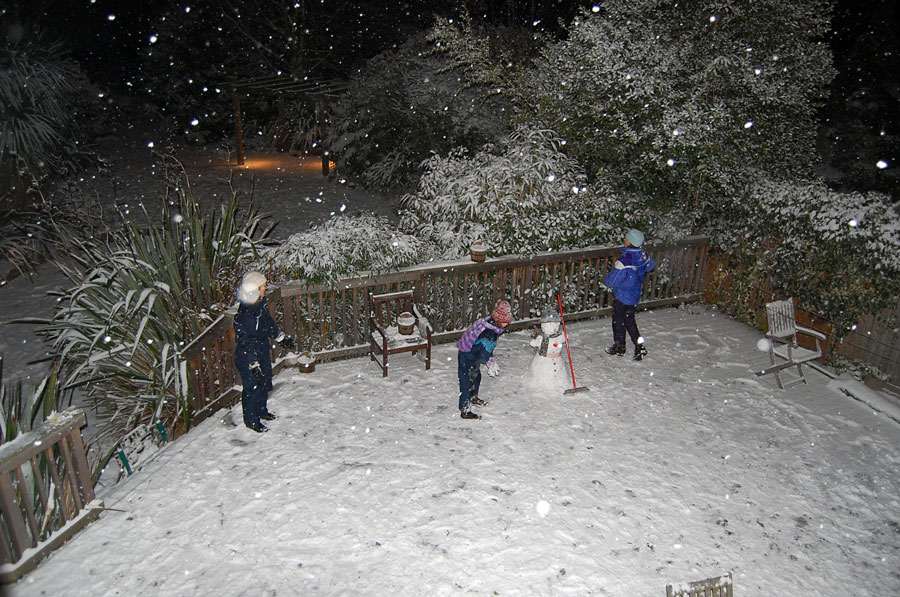 And another picture of the same, taken without flash. I like how it came out all in sepia tones, even with smudges for moving body parts, as well as for where entire Kimmy was at the start of the shot. 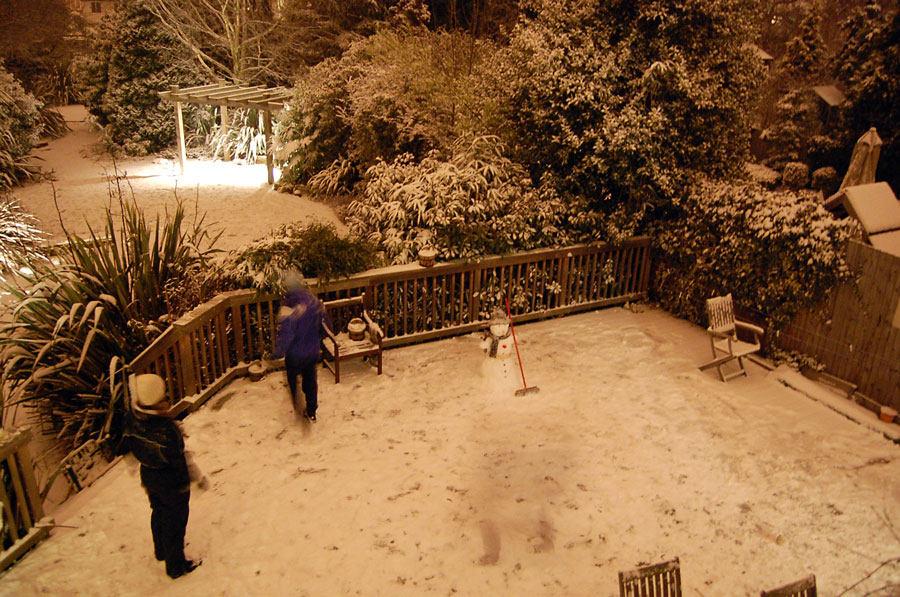 This is what the garden looks like right now. 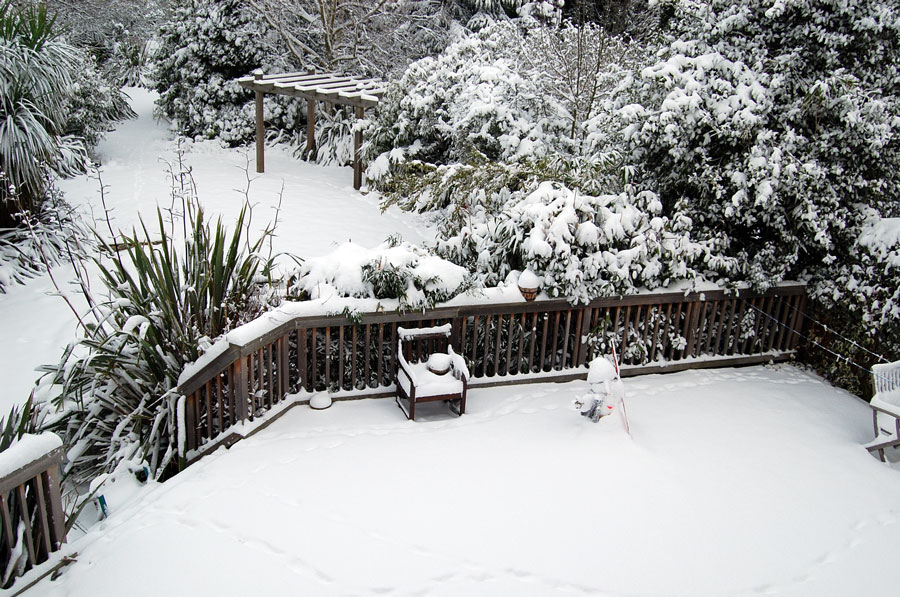 And this is the front yard view. 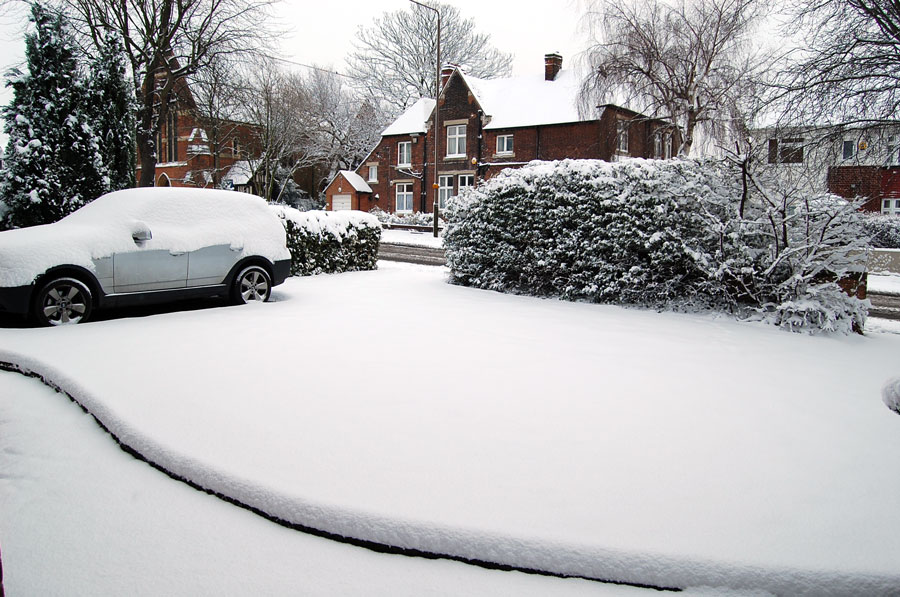 After playing in the snow for over an hour, Kimmy informed us that she no longer wanted to move to another house. It has a tiny walled patio instead of a garden; we would not be able to build a snowman there…