It’s been a bit over a year since England curbed smoking in public places. For those of us who cannot stand the smoke, life has become considerably more pleasant, especially when it comes to dining out. The unfortunate souls who can’t exist without cigarettes, conversely, have been having much harder time indulging in their habit. Obviously, almost all of the smoking is now done in the open air, but even that is supposed to be limited to specifically designated zones. Here is a brief photo-essay of how that works in Canary Wharf.

Let’s start with a picture of the Canada Square quiet oasis of a park. 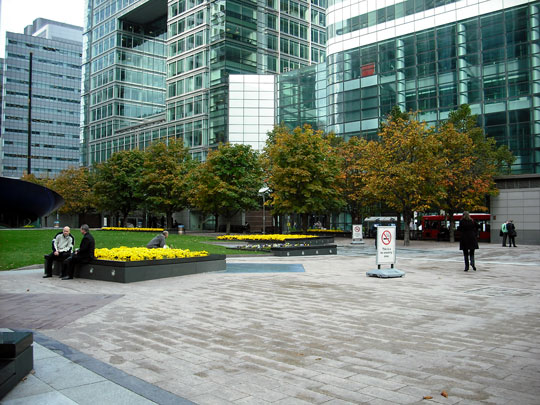 The signs declaring the park a no-smoking zone are quite prominent, and there are more than half a dozen of them in various places (at least three are visible in this picture). Of course, there are always smokers who prefer to have their pleasure in the altogether fresh air, sign or not. 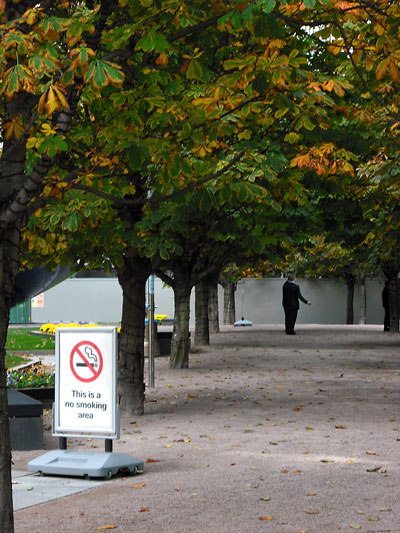 I admit that I have not yet worked up the nerve to come closer and unceremoniously take a picture of a stranger, so you’ll have to take my word that the people in the shot are having a smoke (although, the guy’s form is clearly that of shaking off ashes). You can also discern that there is a no-smoking sign within a few meters of these guys.

The signs are all positioned inside the park area. Obviously, that means that staying on the sidewalk immediately next to the park puts a smoker outside of the limits of prohibition. Here is the lunch-time Smokers Row. 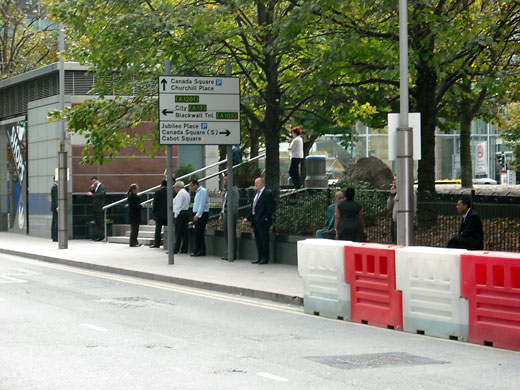 There is an area on the street known as North Colonnade, which is explicitly set aside for smokers. 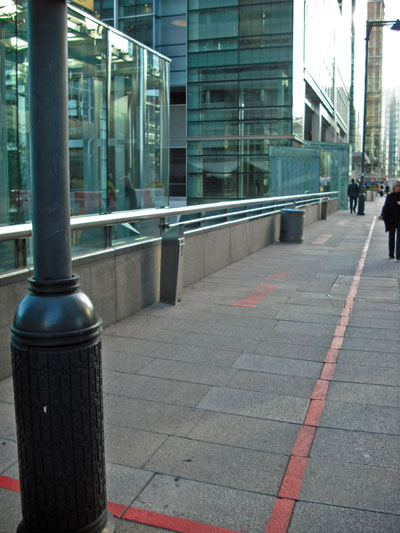 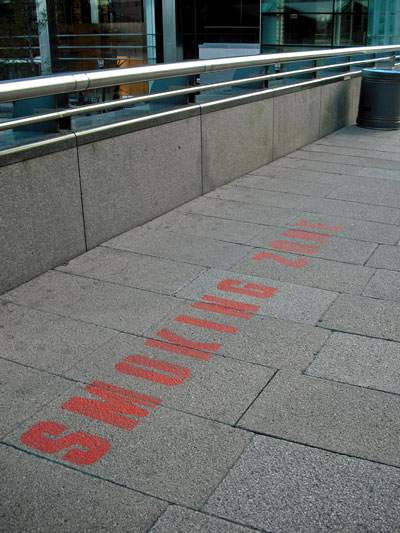 These last two pictures were taken in the early hours of the day, but don’t let that mislead you. There are rarely people in this place ever. Could be the resentment of being confined to a red-paint-boundary box. Could be the fact that this happens to be by far the most wind-swept spot in the entire Wharf.

One of these days I’ll figure out how to make a picture of the wind to illustrate.