No career in acting, apparently 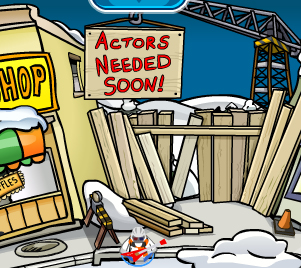 So, Kimmy wanted to stage a play tonight, and as soon as I walked through the door upon my return from work, I was conscripted to play the Prince in Cinderella. Becky, apparently, demurred, so the play had only four characters, of which two, the Evil Stepmother and the Fairy Godmother, were played by Natasha. Kimmy directed and played the title character.

Along the lines of Disney’s animated movie, I was supposed at some point to trip over something, drop the glass slipper, despair over its shattered remains and exult when Cinderella pulls the second one from her pocket and puts it on her foot.

Now, only a few of my readers might be aware that in my youth I actively participated in student theatrical troupes, both in high school and college. I tend to think that I have a bit of acting talent, having fairly successfully portrayed diverse characters from Nagg in Beckett’s Endgame to Lenin in Brest Treaty. The current director disagreed.

As I was tripping, despairing and exulting as the script demanded, Kimmy looked at me condescendingly and pronounced:

“Daddy, you are such a bad actor!”