Book review: A Year in the Merde 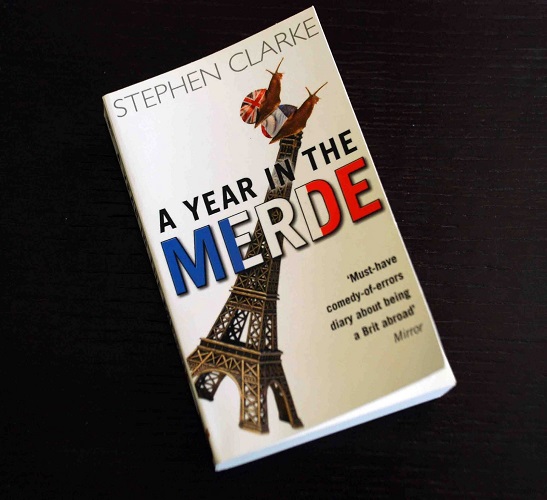 I finished reading Stephen Clarke’s A Year in the Merde the other day, and I must say that it was a fun read.

The book that seemingly aims to ridicule the deserving bits of French way of life, succeeds in that, and more. It actually does a good job of exploring insecurities of a person suddenly faced with a world heretofore foreign to him. (And it heaps considerable ridicule on the Anglo-Saxon behavioral patterns, as well.)

The circumstances are habitually exaggerated and the stereotypes, subsequently, get decidedly grotesque and overblown treatment. The story is terribly over-libidinous as well. But anybody who has ever been to Paris will readily recognize many familiar and uncomfortable situations – and laugh at their own recollections as much as at the story.

Since the author is British, some of the stereotypes explored in his account would make less sense to an American. I obviously have an advantage of being already familiar with some British specifics, but I do not believe that an American reader without the additional insight that I possess would be much disadvantaged.

I suppose I can only recommend this book to people who have generally positive feelings about France. The book’s protagonist does warm up to several aspects of Parisian life towards the end, so that derision gradually lets appreciation to participate in the proceedings. French-haters will be repulsed, I am sure.