A bit of social networking 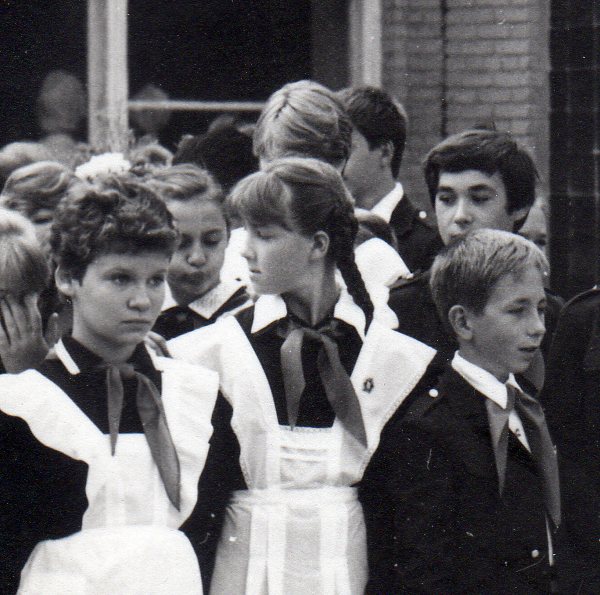 Even though I’ve never been to either Facebook or MySpace, I do my little share of social networking on the web. I am not in it for the networking, per se. Other people like finding new friends or are intent on becoming widely-known for their opinions or want to distribute their attempts in art or simply enjoy people-watching from the safety of their house. For me, the expectation of getting in touch with somebody – anybody – whom you otherwise do not regularly correspond with (and, in many cases, have not even thought about for years) is the primary reason to get in.

With the recent explosion of social networking activity, I suspect that everybody that I have ever had so much as common acquaintances twice removed, would be within web shouting distance in a couple of years at most. From blogging at LiveJournal to posting pictures at Flickr to sharing your favorite links at Del.icio.us to recommending web content at StumbleUpon, you now have practically unlimited ways to connect – or re-connect – with people.

I have joined the fray so far in only two places.

One is LinkedIn, which has the distinction of being a fad that could actually be useful in time. That is, if you connect with the right people… My modest network is a mix of friends, relatives, former colleagues, current colleagues, not exactly colleagues whom I am barely familiar with, vendors, recruiters… And I only have about 70 people, nothing to brag about. Just shows that I am a very reluctant networker…

The site which I am more active at is odnoklassniki.ru (apologies to my non-Russian audience – it makes no sense to apply if you are not from the former USSR). The site has the incredibly dumb approach to recording affiliations – basically, if you want to spell the name of your town or school in a novel way, go ahead, knock yourself out, it will appear as a separate entry in no way linked with other entries of the same town or school; I am registered with five different instances of my high school already – but it allowed me to catch up with a few people that I have not seen or heard from for over 15 years. There’s been a recent influx of my close American friends to the site, so I am now connected with many of them as well. And daily, I find new people to correspond with and catch up.

I also get checked out by some unexpected visitors. The site keeps track of the people who viewed your profile, and I occasionally see 20-year-olds from Moscow (always Moscow) on my list. Quite hot young things, if the photos in their profiles don’t lie. Some of them give high grades to the pictures in my profile. I guess there is an implied invitation in each such visit, with a hope of becoming a new Darya Zhukova to a new Abramovich… 🙂

I suppose my exposure to social websites is still pretty limited. Which such websites do you grace with your presence, o my faithful reader? Any recommendations?

On an unrelated note, the spell-checker suggests correction to odnoklassniki.ru as Mongolians. It must know its history: Isn’t it said that every Russian has some of the Batu Khan hordes’ blood in his veins?